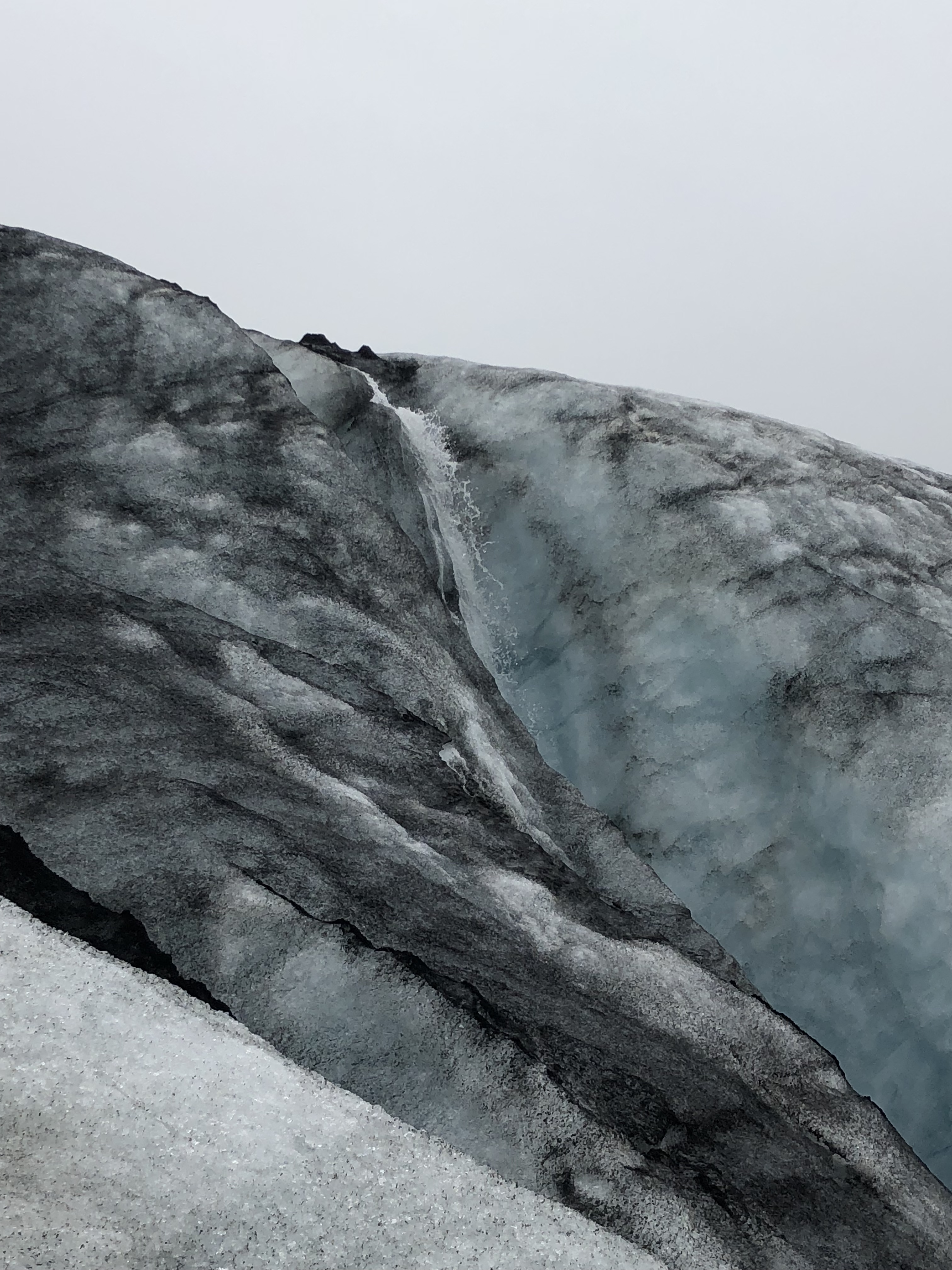 We’ve all seen pictures and heard statistics of how the glaciers are melting, how sea levels are rising, how the permafrost gets lost over the summers. Statistics and facts are important, but they are void of emotion or context. The glaciers are melting. You’ll hear it time and time again and even though you know it to be true, it’s still impossible to picture. How could it not be?

In the summer of 2018 my family visited Iceland. I think I was 16 years old, old enough to know the facts but young enough that I hadn’t fully internalized it all. I’d been privileged to grow up in the midwest of the United States, a region where climate change hasn’t yet affected our day-to-day lives. So I knew the facts, but they were nothing but words. And then came Iceland.

I was excited for the trip, of course. I couldn’t wait to see the picturesque landscapes I’d only seen on travel blogger Instagram pages. The Midwest is flat and boring; it doesn’t take much nature to excite me. What I didn’t expect, however, was for this trip to unravel my understanding of the world around me. Halfway through the trip we climbed a glacier called Sólheimajökull. It’s located in the Southern part of the island between two massive volcanoes and is part of a much larger ice cap. We walked abut 20 minutes across an ash-covered plain from the base to the glacier, and what I saw was like something from a dream. From a distance the ice looked dirty and gray as it was covered in volcanic ash, but up close the true beauty emerged. The ice was massive, like nothing I’d ever seen before. Standing on the glacier I was overwhelmed by its power and sheer magnitude. The Earth is incredible and gracious and so large I couldn’t quite comprehend it was real. At some spots the ice was almost blue, and little creeks hid some of the cleanest water I’d ever seen.

I had never felt so small yet so a part of the Earth.

And then from an incredible, icy peak our tour guide had us look back the way we came, and revealed that the walk we’d taken used to be covered by the glacier. Only ten, twenty years beforehand, the ice had extended even further. It was retreating back each and every summer, and later in my lifetime its grandeur could be little more than a memory. The ice would be a skeleton of itself today. How could something so massive, so immortal, so inimitable be shrinking? And if this was true and clearly it was, then why were we allowing our harmful practices to continue?

In the environmental circles I’m a part of, I am often asked about my “environmental awakening,” and it all comes back to this glacier. It was at that moment that everything clicked, and the statistics and facts became more than just scary words. Learning about the environment and climate change became a priority—how could I look away? How could any of us ever afford to ignore it any longer?

I know that I’m incredibly fortunate that my passion was able to result from a fun vacation. Around the world, real people are affected by climate change every day; they don’t have a choice to care. I’m not telling this story to suggest that I’m some environmental warrior, or that everyone will have such a dramatic moment that forces them to care. What’s important to me about this story is that my eyes were opened, and that I did learn to care so deeply for the Earth. I implore that you all take the time to try and learn—whether it’s through videos or stories or a small trail behind your house—wherever can find a place to connect to the planet.

I had my environmental awakening on a glacier. Where was yours?