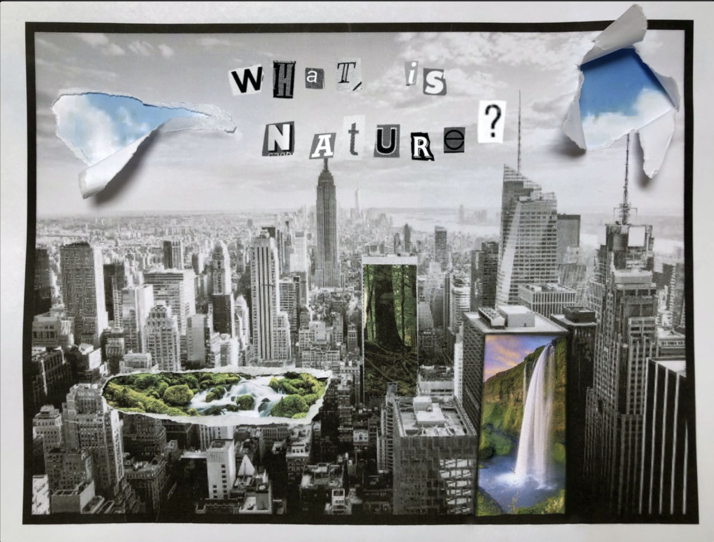 ‘In a fundamental sense, there is… nothing unnatural about New York City’ - David Harvey

Before I get into my own story with this quote, let me just say that it’s completely normal to ask yourself how on earth concrete jungles like New York City are natural in any way, shape or form. While I can’t speak for New York I can tell you guys that the city I spent my last few years of high-school in (Kuala Lumpur, Malaysia) didn’t really scream nature to me. After all, there are skyscrapers as far as your eye can reach, air pollution isn’t a rare experience and let’s not forget about the occasional smell of sewers. To me it seemed silly to call it natural, and honestly a little bit offensive to the environment that used to be there where now urbanisation has taken over.

Prior to reading this quote and really reflecting on it, words like countryside, national parks, serenity and other synonyms for purity would pop into my head when thinking of nature. I imagined going on hikes in some forest or walking along an abandoned beach that hasn’t been tarnished by tourism yet. There was a clear image in my head that I associated with nature and sustainability, and it didn’t include a metropolis like Kuala Lumpur. To be honest I resonated more with David Attenborough's statement where he describes New York as a ‘densely built up landscape [which] is as unnatural as anywhere on earth’. To me and probably many others, cities just always appeared as the antithesis of nature- nothing natural could come from these places.

But the more I thought about it the less sure I became. Is nature really that black and white? Can we separate society from nature so easily?

Looking at what went down during the preservation and conservation era it becomes pretty clear that society and nature cannot be simply kept apart. However, knowing the impact that this era had on the relationship with our environment it’s also no surprise that we, as a society, have started to see ‘natural’ as something unattainable by cities. It made nature become linked to stereotypes and unrealistic words such as “untouched” and “free”. In the eyes of preservationists true nature could only be a wild strip of land owned and commanded by nobody but itself. Is this really what nature is though? Pure wilderness?

Unfortunately many people don’t know or have forgotten that the term ‘wilderness’ and the actions that supported it have an extremely violent past. For example, during the colonisation of Tanzania the preservation and conservation agenda of the Serengeti national park went as far as forcing indigenous communities to leave their homes, unless they agreed to continue living “traditionally”; British notions of “wild landscapes” were forced upon these communities and enacted through extremely racist measures. While by no means I am comparing the terrible history of colonialism to seeing cities as natural, this history does show how problematic it can become to associate nature with one idea alone... particularly if that idea is placed above those of others.

So, how does all of this relate back to cities and sustainability? Well, when I started to consider my past experiences with nature I realised that there is a lack of appreciation for what cities already have to offer. I focused so much on purity and untouched landscapes that I completely overlooked how urban areas have greenery too. As a result I wanted to see quick changes and forgot that sustainability can’t just go from 0-100… it takes time. Although I partially blame my preconceptions on the fact that I grew up in the German countryside (no buzzing metropolis in sight), I also feel like it has become normal in our society to think that nature isn’t found in cities, and honestly it’s time to be a bit more optimistic and start cherishing urban nature! After all, why would it be any less important? Sustainability and caring about the environment shouldn’t be restricted to national parks and large areas of greenery but include cities as well.

After moving to a big city like Kuala Lumpur, it took me a long time to understand that the idea of ‘untouched’ nature is outdated, considering that the environment and people have been interconnected for so long (human evolution 101). Nature can have more than one meaning and in order for us to achieve sustainability within cities it’s necessary to understand the multiplicity of the word “natural”; there’s more to nature than one description. Nevertheless, that doesn’t mean we can start becoming lazy and begin to label unsustainable actions as “natural”... that’s not the point I’m trying to make. I just think we should start looking forward rather than trying to go back to what’s already gone.