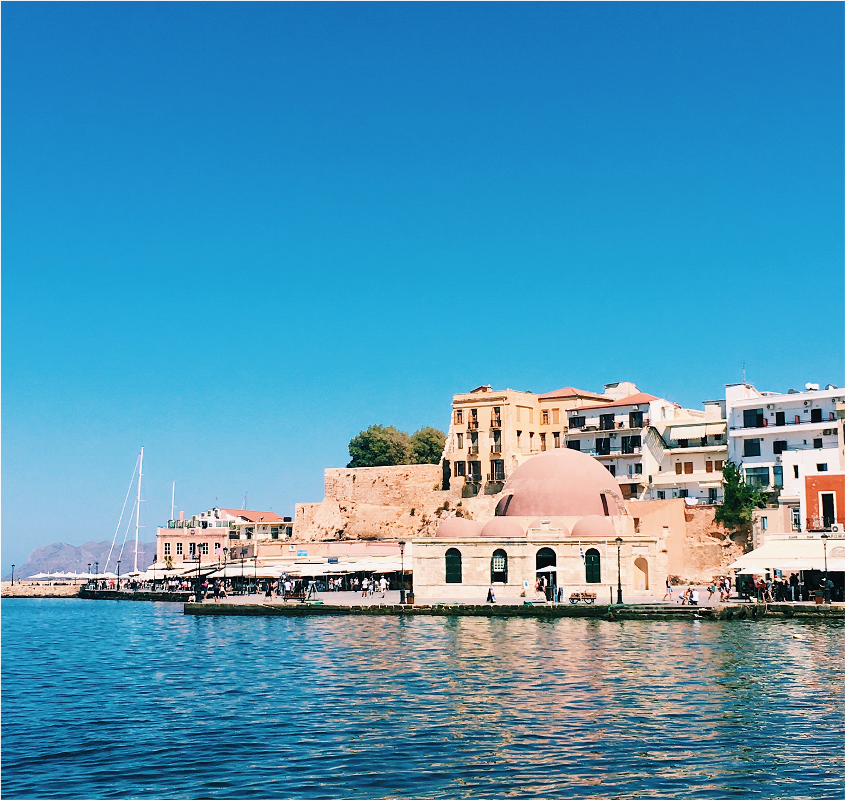 “Just like huge ocean waves on the Icarian Sea,
when East Wind and South Wind rush down together
… to whip up the sea …
the whole assembly rippled, like a large grain field,
undulating under the fury of the storm,
as the West Wind roars in with force”

Now I know what you’re thinking, this 20-something girl has a natural flair for poetry. Well, sorry to disappoint but this simile is actually about 2000 yrs old, lifted from Homer’s legendary epic The Iliad. It seems that for about as long as mankind has been writing stories we’ve been fascinated by the awe-inspiring majesty of nature. It’s one thing that has struck me since studying Classics, our obsession with the natural world and our place in it is not a new question, it’s an ancient one. In fact, the classical world is littered with stories about foolish men convinced they have some kind of magisterial power over the natural world. The story of the Persian King Xerxes whipping the sea out of anger after failing to cross the Hellespont (*queue eyeroll*), the crazy Emperor Caligula declaring war on the sea in another one of his infamous temper tantrums or the hot-headed hero Achilles throwing punches at the river god Scamander all spring to mind. On the surface, these stories seem absurd right? Obviously whipping the sea is a complete waste of your time (and sounds like a weird endurance test straight out of The Karate Kid). But if we take a step back and really think about it, are we all that different from Xerxes or the nutty Caligula? People today seem to expect the planet to accommodate our needs rather than the other way around and we become incensed when things don’t go our way. “So your telling me we can’t all drive petrol-guzzling cars and carelessly deplete our planets’ natural resources? Ugh why do things only happen to me??”

This precarious relationship with the natural world is an idea that really stuck with me after my trip to Crete in 2019. I distinctly remember visiting the ancient palace of Knossos, tucked away in the quiet Cretan countryside, before being herded back onto the tour bus and driven into the bustling modern-day centre of Heraklion. The chaotic thrum of the city was jarring but I quickly remembered that just as Heraklion was a buzz with people – so would’ve the Mycenaean palace been a hub of activity some 4000 yrs ago. Crete is an island that has been continuously occupied for thousands of years and evidence of this human occupation is everywhere you look, we have permanently stamped our mark on the landscape as if to say “this is ours” and we hold some kind of authority over it. I was eventually ushered towards the Heraklion Archaeological Museum, dragging my heels at the entrance in the stifling heat. At this point I was ready to throw-in the towel and head back to my air-conditioned hotel room (fellow Classicists please don’t string me up!), but as I traipsed down the corridors lined with ancient pots and ceramics I began to notice something odd, there were bulls everywhere – and I REALLY mean everywhere. I came to the hall of frescoes and there again staring me in square the face was that bull, wtf?? This time the fresco showed a man wrestling with the wild animal, moving almost like an acrobat from a Cirque du Soleil show. The whole scene looked like Spanish bullfighting on steroids and as the viewer we are left to wonder – will he emerge triumphant in this strange tug of war? Can man really expect tame the natural world?

I’m not so sure – and I don’t think the Mycenaeans’ were either. Now, in fairness they’re loooong dead (about 2000 yrs) so we can’t exactly ask them. But the fresco at least creates a real sense that mankind’s allusive ‘mastery’ of the natural world is exactly that, an illusion. Just as the bull could charge at any moment and throw the man totally off-balance, the natural world is volatile and wildly unpredictable. huh…maybe the ancient Mycenaeans were onto something here?

Better yet, just as the matador antagonises the bull, we as a species insist on playing with fire when it comes to our home planet. It’s time we learn to work WITH the natural world not fight AGAINST it. It is not a matter of ‘winning’ or ‘losing’ but appreciating we only have one planet, so we better take care of it!