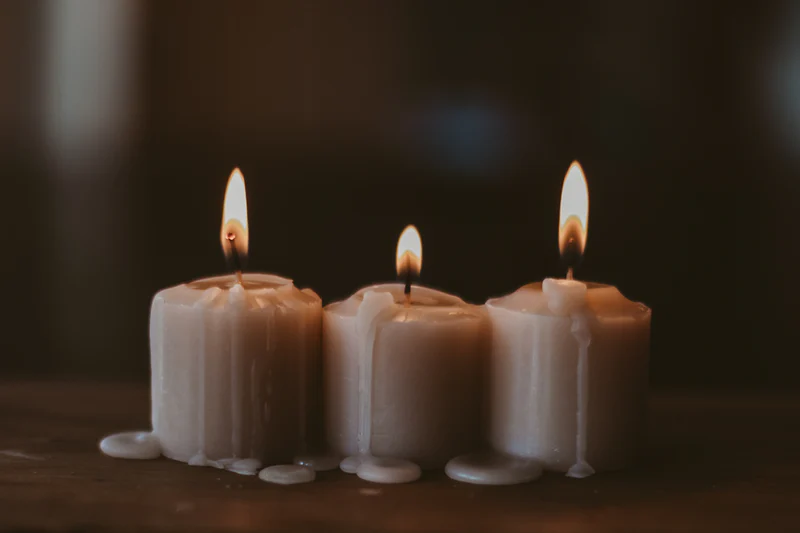 Many scented candles are made with paraffin wax since it is cheaper than other alternatives. Parrafin wax comes from petroleum (aka crude oil), a fossil fuel. Because of its origin from a non renewable resource that has caused so much devastation to the environment through its burning and extraction, this kind of wax cannot be considered sustainable.

To me, it seems that candles are just another example of an everyday item that has origins in the fossil fuel industry. And, I wouldn’t have known this without doing the research myself, which is frustrating. We NEED more transparency here.

Besides the negative effects of fossil fuel extraction to make this type of candle, there are also some possible negative health effects of burning them. Once paraffin wax candles begin to burn, they release particulate matter and soot, which are components of air pollution and are unhealthy to breathe in. Though paraffin wax candles have not been proven to cause significant health problems, I believe it is best not to take the risk since we do know that particulate matter released by burning fossil fuels has negative effects on health. It is always a good idea to avoid exposure to particulate matter whenever you have control over doing so, since it is impossible to avoid in a lot of places due to air pollution.

It is best to choose candles from natural sources from a health standpoint as well as an environmental one.

Also, it is good to make sure that you burn your candles in a location with good ventilation to disperse any particles released in the burning process.

A common alternative to paraffin wax is soy wax. It burns for 50 percent longer and releases less soot and particulate matter as well. Also, it is not a product of the fossil fuel industry. Though there are environmental issues surrounding soy as a mass produced monoculture crop, soy wax still sounds a lot better to me than paraffin.

P.F. Candle Co brand candles are made from soy wax sourced in the US. The fragrance in these candles is paraben free, cruelty free, and phthalate free, which is good. Overall, these candles have non-toxic ingredients and are a great alternative to paraffin wax candles. Their containers and brass lids are both recyclable and can also be repurposed for making homemade candles, or even planting herbs in.

Soy wax, beeswax, coconut wax, and vegetable wax are all natural options for candles. I know that when I inevitably purchase another scented candle for my apartment, I will choose from these rather than opting for paraffin, which really should not be used at all.