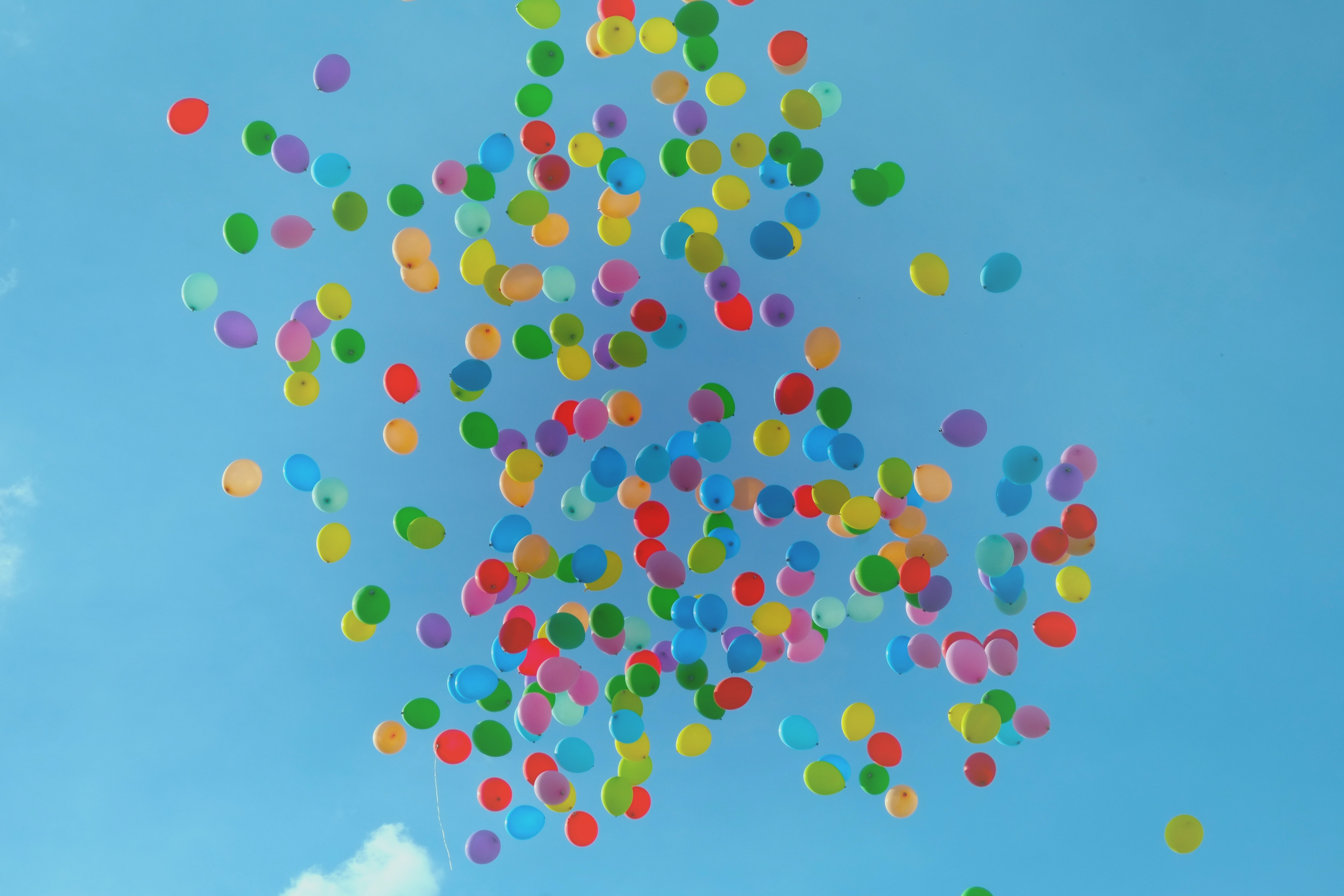 Let’s say you’re having a celebration. You head to party city and find this cheap bundle of assorted color balloons made of latex. How sustainable is this? Somehow releasing balloons has become a societal norm and acceptable trend. Maybe it’s because once thousands of balloons are released into the air, they become out of sight and out of mind. They float up and up until you never see them again. News flash - they aren’t disappearing. They’re going up into the sky until they pop and fall back to OUR planet as litter. Biodegradable balloons biodegrade you say? This process can still take up for 4 years according to the Environmental Nature Center. The common balloons that are released in these events are latex-based balloons. Releasing balloons in general, never-mind mass balloon releases, causes danger to our environment and wildlife. They could be swept into the ocean where clean up alone is not sufficient to solve this pollution issue. We have to go to the source of the pollution - releasing litter into the sky in the first place.

Consider the balloon you would release. You have the balloon (latex, biodegradable, foil... all bad) which is attached to plastic string (also bad), which is full of helium. What’s wrong with helium? We are in a helium shortage and its “an essential gas used in health care, for example MRI scanners.” One thought is that helium filled balloons should be outlawed all together because helium serves much more important purposes. Though this research, I’ve become increasingly supportive of this idea. If we outlaw helium for balloons it will consequently decrease the purchasing of balloons and therefore the associated waste as well as the possibility of releasing balloons in general.

The Washington Post says that “during a nine-year period ending in 2016, the International Coastal Cleanup program found an average of 31,000 balloons on U.S. beaches each year.” The scale of balloon releases and accepted norm is detrimental.
Balloon releases are a common way to honor someone who has passed away and while I understand the sentiment and bringing everyone together to collectively remember said individual, I suggest we culturally switch to alternatives. Now. Some lovely alternatives could be picking flowers to send down a river, planting a tree or flowers in their memory. In my opinion, giving back to the environment is a much more honorable tradition than releasing extreme amounts of litter that will harm the environment just for a couple minutes of gratification.

The Website Green Eco-Friend explains the balloon release phenomena perfectly: “A balloon release is a sort of accepted form of littering.” So, the next time you hear about a balloon release happening, I urge you to help them consider alternatives for the sake of our planet and our own health. We need to collectively agree that this trend is completely unnecessary and purely harmful. And we need legislation. “Mass balloon releases are illegal in several states, cities, and countries” but it needs to be illegal everywhere. We need to push for this legislation in addition to breaking the societal norm. Balloon releases, at any scale, are absolutely unacceptable and we collectively have the power to change this by using our voices.