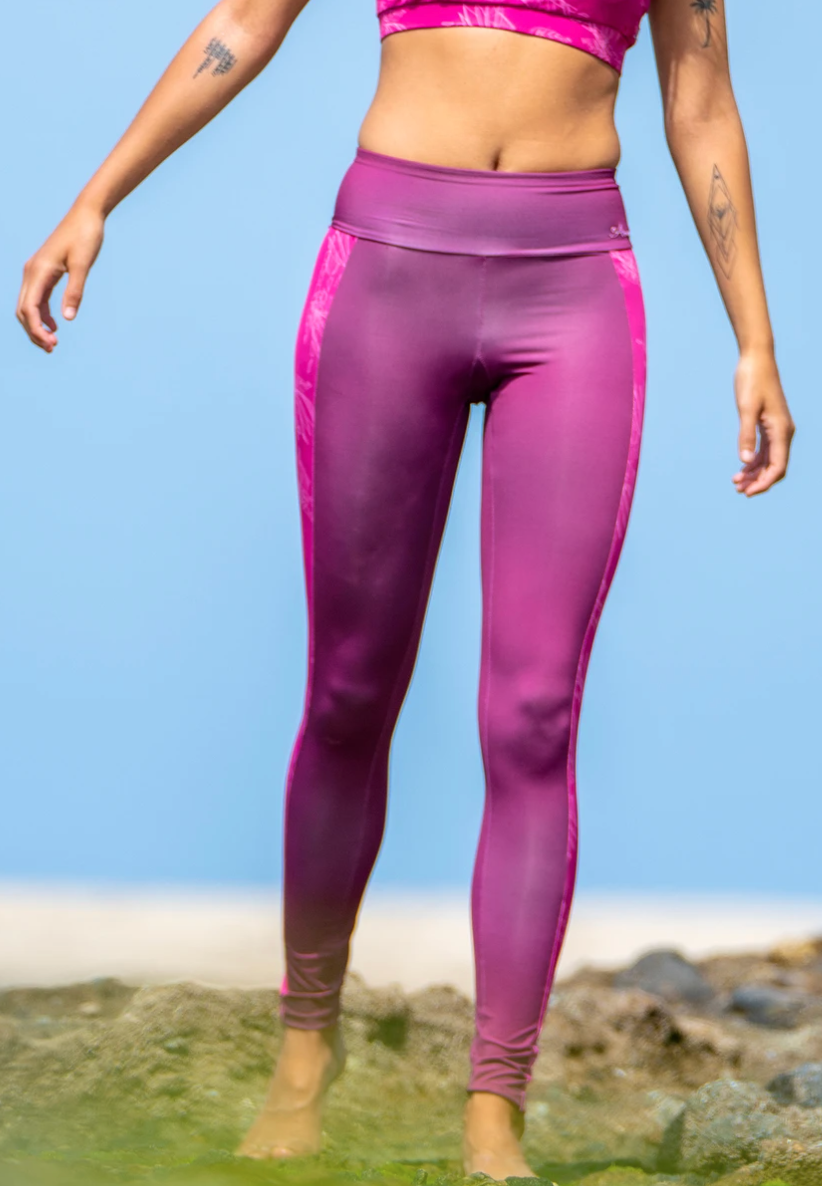 Anowi Surfwear, an independent, woman-owned brand, evidently strives to be an environmentally responsible producer of swimwear and activewear. They make conscious and intentional decisions regarding their products to promote their environmentally conscious values. Their “deep respect for the planet” is noted in their efforts to promote recycling and cut their environmental impact through practices like recycled fabric, digitally printing, and supplying domestically. I also appreciated Anowi’s intentions to keep improving their sustainability in the future with a program to recycle their swimwear that is no longer usable into new products. I’d recommend they look further into what “recyclable” entails long-term and expand on their “responsible” manufacturing and its workers. I’d also push Anowi to explore supporting the ongoing social justice movements because without social justice we cannot achieve climate justice — they thrive off their intersectionality! I do think it is important to note price, and that these products fall under a higher price range. I understand the higher costs are to absorb the expenditures on eco-friendly practices like digitally printing domestically, but at the end of the day higher pricing excludes some populations to a certain extent and thus can be considered less sustainable considering average consumers may not be able to afford these sustainable options. Compared to other surfwear/swimwear brands that lack efforts towards being environmentally responsible, Anowi Surfwear is making impressive strides and while I don’t surf, I would prioritize them as a supplier for my swimwear products. For the surfers out there, Anowi Surfwear is a great brand to source from, allowing you to surf and still support sustainability!

Their leggings are made with REPREVE® fabric which is USA-made polyester made out of recycled plastic bottles. It is a 83% recycled polyester/ 17% spandex blend. They address on their website too that “all synthetic fibers like acrylic, polyester, nylon and spandex release microplastics during laundering” and “if you have to use the washing machine, please use cold water, mild detergent, and place all your synthetic and synthetic blend apparel in a laundry bag designed to trap most of the microplastics and protect your clothes from fiber breakage- making it last longer.” Virgin polyester is petroleum-dependent; using recycled polyester helps lessen this dependence. Production of the REPREVE® fabric reduces energy consumption by 45%, water consumption by 20%, and emission of greenhouse gas by over 30% in comparison to that of virgin polyester, as stated on their website. While recycled polyester keeps plastic from going to landfills and our oceans, microplastics are still an environmental concern (and source of pollution) when it comes to synthetic fabrics so the fact that Anowi not only acknowledges this but gives consumers tips to reduce how much microplastics they release is really great. Their packaging is made in Colorado out of 100% recycled materials, and is also designed to be reused — another great initiative. Even the sticker in their packaging is fully recyclable! It is important to note though that “recyclable” doesn’t necessarily mean it is getting recycled. I’d recommend Anowi expand on the recyclability of their packaging and also expand on their future plans to continue improving their blend of recycled fabric like exploring spandex alternatives.

The leggings are made “responsibly by a small swimwear manufacturer located in the heart of the NYC Garment District.” The solid colors and prints are digitally printed in Virginia, with a zero water-polluting method. While printing fabric digitally is significantly more expensive (especially domestically), traditional printing and dying methods entail polluting high amounts of water. Anowi’s decision to digitally print despite the higher costs is an intentional effort on their behalf to combat the fact that the “fashion industry is one of the biggest water polluters in the world.” Anowi intentionally creates a local supply chain to minimize their environmental footprint for shipping, thus improving their sustainability. All their materials and trims come from domestic suppliers, although a few use China-zippers and Japan-elastics. This is not due to lack of effort, though, because they state they were not able to find suppliers that make those trims in locations closer to them. Everything else from “fabric to packaging and marketing materials” is made domestically. I’d be interested in hearing if Anowi has looked into making their leggings Fair Trade Certified™ sewn to help ensure benefits for their workers. I would recommend that Anowi share more about the standards implemented to make their manufacturer “responsible” and the treatment of the people who work there.

Anowi Surfwear is an independent, woman-owned brand that was founded for active ladies that want swimwear, all made with “deep respect for the planet.” Anowi makes it clear their products are made with the planet in mind, and their actions reflect this environmentally-conscious mindset. They also acknowledge that “making apparel is a dirty business” and state that they “continuously strive to improve ways in which we can decrease our environmental footprint.” The founder of Anowi Surfwear believes that “this collection is an answer to how you combine love for fashion and functionality with passion for the nature and the need to protect it.” Acknowledging the negative impacts of the fashion industry is a plus for transparency. They are working on creating a full lifecycle solution for their products and they plan on implementing a program so their swimwear that is no longer usable can be sent back and recycled into hair accessories and bikini bags. As of now, the production fabric scraps are being used to make reversible, non-medical 3-layered face masks. Their website has a tab dedicated to articles with handy information, including a variety of resources that promote environmentally-friendly consumer habits/advice. It would be nice to see how Anowi Surfwear is contributing to social justice considering the intersectionality of climate justice and social justice.