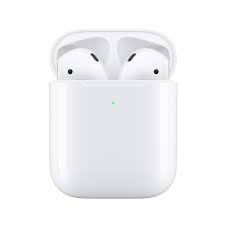 The Apple AirPods are among the most popular wireless earbuds on the planet without any doubt. Ever since the release of AirPods (1st generation) in 2016, this product quickly enthralled old and young Apple lovers, bringing in around $12 billion of revenue for the company each year (which amounts to Uber’s or Adobe’s total revenue per year). The upgraded Apple AirPods (2nd generation) were released in 2019 but appeared to be a disappointment. The new generation looks exactly the same as the original AirPods from the outside but includes a new H1 chip to slightly improve connectivity and battery life. However, it is less far-reaching as it does not include any active noise cancellation or a more waterproof design. Furthermore, it doesn’t feel like Apple has addressed any of the issues the original AirPods had, notably, the lackluster sound quality and design. After all the time, cost, and pollution put into creating the product, the end result doesn't seem worth it in the long run, suggesting that AirPods is far from the most sustainable wireless earbuds to purchase.

The Apple AirPods are composed of a plastic outer coating and metal technological components inside, such as speaker, microphone, and microchip circuit boards. The sleek outer coating of an AirPod is a plastic comprised of silicon, and the metals that make up the inner design are mainly carbon, nickel, copper, and aluminum. Apple is known to source most materials from developing countries in Asia and South America. For example, minerals like silicon, copper, and aluminum are mined and shipped from Vietnam, Kazakhstan, Peru, Indonesia, and India. Many of these countries have a prosperous mining industry but are also known for creating high levels of air and water pollution. Furthermore, the mining of raw materials causes land degradation and biodiversity reduction, bringing countless damages to the global environment. Unfortunately, on top of the harmful environmental impact of sourcing raw materials, AirPods are not easy to be disposed of or recycled. It would take hundreds of thousands of years to decompose the silicon plastic and lithium batteries. Moreover, although Apple claims they use “recyclable lithium batteries” and encourages customers to trade in old AirPods, they are in fact unrecyclable and unrepairable due to their fragile and delicate build (“recycling” would mean complete destruction). As a result, most 'dead' AirPods end up in landfills where they will remain long after their former user is alive. Even though they've only been around for five years, the extremely high sales rate has resulted in millions of AirPods in existence and no way of disposing of or recycling them. This amount of waste is extremely harmful to the environment and to our future generations.

After procurements, the raw materials are shipped to factories in Vietnam and China to be processed and assembled. Transportation of such mass quantities of raw material ineluctably creates gigantic carbon emissions. In addition to environmental impacts, there is a human health cost as well. Workers in those factories have poor working environments and are paid minimal wages. Foxconn, one Chinese contract manufacturer, is known to pay an average salary equivalent to only $300.00 USD per month. Moreover, working in those factories can often be dangerous, as workers are tasked with working with harmful materials. For instance, cobalt, which is found in lithium batteries, can cause respiratory issues and irreversible damage to lung health. There have also been allegations of child labor incidents in some of these factories. In 2019, China Labor Watch, a non-profit advocacy group, investigated conditions in Apple’s factories and found out that Apple and its manufacturing partner Foxconn violated the Chinese labor rule by using too many temporary and underaged staff in the world’s largest iPhone factory in Zhengzhou, China. Apple replied in an annual report to its suppliers that they “required a review of all employment records for the year, as well as a complete analysis of the hiring process, to clarify how underage people had been able to gain employment”, however, no palatable punishments or end of contracts have been reported after the allegation.

Apple Inc. is an American multinational technology company forever changed people’s way of living. By step by step building an entire Apple ecosystem that includes iPhone, IPad, Mac, and other devices, Apple easily attracts new customers and transforms them into loyal ones. In recent years, Apple has focused on a set of progressive sustainability initiatives that include low-carbon product design using recycled materials, expanding energy efficiency, and operating on clean and renewable energy. According to their 105-page 2021 Environmental Progress Report, their carbon footprint has decreased by 40 percent since the baseline year 2015, and they are currently having zero scope 2 electricity-related emissions for the second year. As for energy efficiency, they have reduced energy use by 13.9 million kilowatt-hours through efficiency efforts implemented in the fiscal year 2020, while transitioning their operations to 100% renewable energy. Driven by current achievements, Apple claims that they are optimistic about their 2030 goal of becoming fully carbon-neutral. Moreover, Apple also launched the Impact Accelerator program in January 2021 that aims to help Black- and Brown-owned businesses to address education, economic equality, and criminal justice reform in the United States. So far, Apple has committed $100 million to the effort and is encouraging qualified business owners to apply. While the efforts demonstrated in the report are truly remarkable, I believe it is also essential for Apple to adopt a fundamentally sustainable mindset when it comes to designing new products. It is worth mentioning that the entire Apple empire is built upon an extremely unsustainable mindset which deliberately chooses to shorten the life span of their existing products to foster the sales of future generations. All their products are financially and environmentally taxing while having a short life expectancy, forcing customers to keep coming back and buying new ones. Although Apple is doing a lot to cut emissions and switch to clean energy, these efforts are still minimal considering the fact that hundreds of thousands of Apple products are produced and thrown into landfills shortly after a year or two, which could have been changed from the initial stage if they put more attention to the durability of their products.