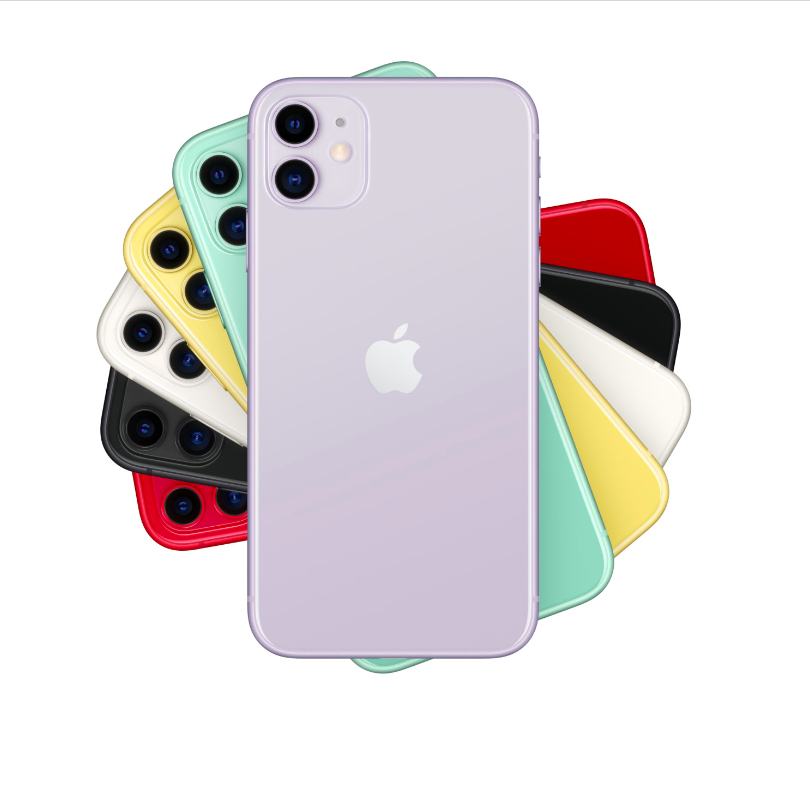 This may sound like a scathing review of Apple and that’s because it is. When you’re the second highest valued company in the world worth $1,400 billion, there are few excuses to be made. That’s not to say I’m not glad they’re working towards a closed loop supply chain or that they’re making it easier to recycle your phone. But those initiatives are like fixing a leaky faucet in a burning building. Apple pioneered the phenomenon of constantly buying new technology and that is the core problem. Therefore the most effective way to tackle Apple’s environmental issues and labor rights issues is to slow down the process of creating new technology. Release an iPhone every other year rather than every year, offer 3 iPhone colors instead of 6 colors, and actually put people and the planet first.

If you’re feeling guilty about having an iPhone in your pocket, same. Are other phones much better? Debatable, unless you’re talking about the Fairphone 3 (most repairable and responsibly produced phone in the world). The best thing we could all do is to take good care of our technology and use it for as long as possible.

I have one. You probably have one. Your mom probably has one. Nowadays, iPhones are everywhere. But when you bought your iPhone, was sustainability one of your criteria? Probably not. While the world is shifting towards more sustainably made food, beauty products, and clothing, sustainable technology seems to be an afterthought. One reason is because there simply aren’t that many options out there. I can count all of the cellphone companies I know on 2 hands. Another reason is they’re more complex than your average shampoo or chocolate bar. We’re talking motherboards, batteries, and microchips. No matter the reason, we should at least be somewhat aware of our technology’s impact on people and the environment.

Evaluating a phone is undoubtedly more intimidating than, say, a pair of jeans because they’re made of metals and elements that many of us understand little about. After hours of research, I could say I’m pleasantly surprised by Apple’s choices for its iPhone 11 materials. The makings of the phone are by no means perfect, but Apple’s effort to reduce the amount of toxic materials used is evident. The phone is free of beryllium, mercury, PVC, and brominated flame retardant. This means that compared to other phones that do contain these elements, such as Samsung phones, making the iPhone is safer for the workers and consumers. Beryllium, for example, is one of the most toxic elements to human health and has been categorized as the highest level human carcinogen by the International Agency for Research on Cancer due to the high rate of lung cancer development after exposure. Despite its carcinogenic effects, the U.S. Department of Defense has classified it as a critical material for national security. Its unique properties make it essential for nuclear reactors, missiles, and aircrafts and an extremely common material for electronics like phones. I’m glad that Apple, however, realizes that cellphones are not (purposely at least) destructive weapons of war and can bode without beryllium. iPhones also no longer contains mercury, a highly poisonous element that can leak into waterways if improperly disposed of, Samsung phones still do.

Perhaps it’s because of my bias against the Apple fandom, but I’m surprised to see Apple ahead of the curve when it comes to toxic materials. On the flip side, here are some things that need improvement. Apple markets that the iPhone 11 is the “First-ever smartphone made with 100% recycled rare earth elements in the Taptic Engine”. If you don’t know what a Taptic Engine is, don’t worry, I was just as confused. It’s the hardware component that produces tactile feedback when you get a text, put your phone on silent, etc. Because rare-earth metals (RE) are only accessible in few places around the worldwide, with China holding a vast monopoly, and extracting them can lead miners to develop lung cancer, pancreatic cancer and more, it’s great that the Taptic Engine only uses recycled RE. However, Apple is clearly overstating its significance. For one, iPhones are the only phones in the world with a Taptic Engine, so of course, the first smartphone with a 100% recycled RE Taptic Engine would be an iPhone. Secondly, the Taptic engine only comprises 25% of all the RE in the phone. With Apple’s resources and financial power, I know they can source more recycled RE. They know it too. That’s why in 2017, they committed to creating a 100% closed loop supply chain. That means only recycled and renewable materials for all of their products. I fully believe they can achieve this, but they’ve neither stated a target year nor have they been transparent about the specific materials they are trying to source sustainably.

The story of Apple is all about their potential. The world’s resources are practically at the palm of their hands. That’s why when it comes to something as simple as using sustainable packaging, I couldn’t help but think “really?” when I read that only about 55% of their packaging is made from recycled materials. If small indie companies can do it, you bet Apple can as well. So you might be thinking, if they’re not committed to using recycled packaging, they must be focused on other things, right? On the outside, it appears that way. In 2012, Apple got into hot water for relying heavily on fossil fuels for energy, so for the past few years, they’ve made it a point to brand themselves as only using 100% renewable energy. On their website, they constantly highlight the different renewable energy projects they’re a part of around the globe and how their data centers only run on renewables, but this is very misleading. The reality is, their data centers that are supposedly powered completely by renewable energy are still connected to and powered by (!) local energy grids which use the standard energy blend made from sources including coal and natural gasses. That’s not to completely write off their efforts. They are gradually reducing their greenhouse gas emissions and implementing more sustainable technology, such as hydroelectricity, into their supply chain.

However, as you can probably guess, Apple’s supply chain is complex, encompassing over 200 suppliers and over 800 production facilities. That’s an enormous operation to oversee and there’s a lot of information about their production process that Apple still hasn’t disclosed. How much coal are they using? Are they reducing the amount of waste they produce? How about the carbon footprint of shipping materials around the world 2 or 3 times over from cradle to consumer? For example, from 2017 to 2018, Apple recycled 40 million more pounds of waste. That sounds great, but the matter of the fact is, they also produced 40 million more pounds of waste overall. From 2016 to 2017, Apple produced 50 million more pounds of waste.

To me, it’s really no surprised that Apple is guilty of green-washing. They’re one of the richest companies in the world and they want to appear like a leader in the green-movement. But there’s little excuse for prioritizing profit over the planet and its people when they’ve purposely created a closed system supply chain in which they control almost every step of the production process from design to assembly. The problem is Apple’s supply chain was fundamentally designed to be profitable: source materials from around the world and assemble cheaply in China. Producing technology in large quantities is unsustainable, no matter how much waste you recycle and however many solar panels you install.

(TW: Suicide)
When thinking about who makes the iPhone 11, there are two vastly different groups that I think about. There are the Apple employees at the amenity-filled campuses in Silicon Valley and beyond and then there are the workers in China that assemble the product itself. It goes without saying that their experiences working for Apple are vastly different. My first association with iPhone assembly workers is the infamous electronics manufacturer Foxconn. I first learned about Foxconn in 2010 when reports came out about their installation of “suicide nets” on campus roofs after 11 employees took their lives jumping off company buildings. What’s causing this crisis at Foxconn? The average employee lives in a dorm with up to 7 other roommates, works 10 hours a day, and gets paid a base wage of about $3.50/hour. Considering the lower standard wages for other factory workers in China and the amenities at the Foxconn plants, such as swimming pools, restaurants, and more, Foxconn is actually a highly sought after workplace. The problem is companies like Apple. When it comes time for the new iPhone to come out every year, worker hours can go up from 10 hours a day for 5-6 days a week to 12 hours a day for 13 straight days. That’s more than 100 hours of overtime a month during peak season when Chinese law states workers are not allowed to work more than 36 hours of overtime. To make it worse, the workers have strict quotas and are explicitly not allowed to talk or laugh during work hours. Why is Foxconn so strict? A huge reason is because Foxconn’s profit margin is just 2.4 percent so there’s little room for error. Compare that to Apple’s profit margin of 22.4% and it becomes even more clear that these conditions are a direct result of Apple’s profit-hungry management. For a company that makes around $100 billion every year, I refuse to believe that they can’t pay their assembly partners more.

On Apple’s website, they portray themselves as a company that cares about worker and human rights. They highlight the educational programs that they’ve implemented, their commitment to combat human trafficking and slavery, and plaster “People come first. In everything we do.” on their Supplier Responsibility webpage. But I don’t buy it. Their factory workers work so much they don’t have enough time to take advantage of the educational programs, they’re expected to work an ungodly number of hours “voluntarily”, and now, it’s pretty clear to me that Apple should change their tagline from “People come first” to  “Profits come first”.