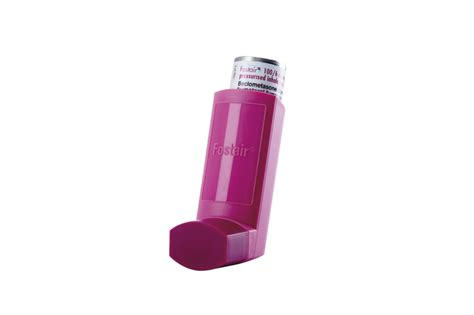 The World Health Organisation have estimated that around 262 million people worldwide were affected by asthma in 2019, and it caused an estimated 461,000 deaths! Asthma is a non-communicable disease (doesn’t spread between people) which is caused by inflammation and narrowing of the smaller airways in the lungs, this can cause symptoms including coughing, wheezing, shortness of breath and chest tightness. Various allergens and other triggers can cause people’s symptoms to worsen and result in potentially deadly asthma attacks. Although asthma cannot be cured, it can be effectively controlled with medications which are inhaled, they allow people with asthma to live a normal and active life. These medications include bronchodilators (relax and widen the air passages) and steroids (reduce inflammation), both of which are administered using an inhaler and sometimes also a “spacer” device which can make using the inhaler easier and more effective, especially for children or when large doses of medication are required. In the UK, 73 million respiratory inhalers are prescribed every year and The National Institute for Health and Care Excellence have claimed that a particular type of inhaler (MDIs) have an estimated carbon footprint of 500g CO2 per dose of medication. However, Chiesi, an international pharmaceutical company, are putting an impressive amount of time and money into moving to a more circular economy and creating asthma inhalers with less environmental impact that patients can still rely on to work effectively.

Most asthma inhalers are made of plastic components as well as an aluminium canister which, for metered dose inhalers (MDIs), can contain hydroflurocarbons (HFCs) used as propellants to help the medicine enter the user’s system quickly. However, HFCs are greenhouse gases which can have a warming effect hundreds or even thousands of times worse than carbon dioxide! To solve this problem, Chiesi began a €350 million project to create an inhaler using a new propellant gas, by the company Koura, which has a significantly lower Global Warming Potential (GWP) compared to the HFCs currently used, resulting in an inhaler with an up to 90% smaller carbon footprint. Using the new propellant will mean that Chiesi can produce MDIs with a similar carbon footprint to the more sustainable dry powder inhalers (DPIs), therefore giving patients who can only use MDIs a “greener” option.

Chiesi is also very transparent about how they manage their supply chain, their Code of Interdependence document is clear and detailed. It is structured around the Sustainable Development Goals (SDGs) and how they are being implemented within their supply chain. Chiesi makes it clear which parts of their policy are mandatory requirements for business to proceed and which parts are areas they are still working to improve on, for example, one listed mandatory requirement is providing all workers with a living wage, and a related “improvement action” is to put in place a tracking system to detect excessive overtime being allowed or other irregular work patterns. This transparency and commitment to improving their management and product design is why I have given Chiesi a higher rating for this section despite the fact they still currently use HFCs in their inhalers.

Chiesi have pledged to become carbon neutral by 2035 by offsetting all their greenhouse gas emissions, this is ahead of the UK’s 2050 target. Chiesi also make clear their commitment to not only offsetting but also reducing emissions as much as possible, as well as reducing waste production and water and energy consumption. They disclose some relevant data and all their achievements so far as well as future plans in their 2019 Sustainability Report. The parts of their report I find more impressive are where they disclose the challenges they are yet to overcome and how this effects their sustainability, I feel that acknowledging these areas where they need to improve reinforces their commitment to becoming a more sustainable company.

Chiesi also launched the UK’s first postal inhaler recycling scheme! At the start of 2021, Chiesi launched their pilot scheme in Leicestershire and Rutland; it allows patients to return their used inhalers to Chiesi using a pre-paid postage envelope obtained from their local pharmacy. Chiesi is therefore promoting a circular economy and reclaiming responsibility for the disposal of their inhalers. The aluminium canisters can be recycled and reused, the plastic components are recycled and then put back into their supply chain. Any left over propellant gas (HFCs) is extracted and then used in the production of fridges and air conditioning units. Chiesi also claim that any non-recyclable components will be converted into energy, although they are not clear on what method they use to achieve this. This recycling scheme will be running for 12 months and allows for any brand or type of inhaler to be recycled, not just Chiesi’s inhalers. The program sounds like it could have great potential, especially if opened up to a wider area, however, as of July 2021 only 62% of the invited pharmacies have signed up to participate in the scheme, potentially highlighting one barrier to an effective postal inhaler recycling scheme.

Chiesi is “The largest international pharmaceutical Group certified B Corp”. They received B Corp certification in May 2019 with an overall impact score of 87.5 out of 200 (score of 80 required for certification), this score indicates that Chiesi still has a lot of room for improvement, something that they are quite transparent about. However, Chiesi were one of the first pharmaceutical companies to become a B Corp, and B Corps in this industry are still relatively new, none of the larger pharmaceutical companies like Pfizer or Astra Zeneca are currently B Corp certified, so I think Chiesi’s move to becoming a B Corp can be seen as leading the pharmaceutical industry in the right direction for sustainability.

Chiesi was founded in 1935 by Giacomo Chiesi in Parma, Italy, where the company is still based today being run by Giacomo’s children and grandchildren . Chiesi remained a small company for many years but eventually grew and began to be regarded as expert in treatments for respiratory diseases like asthma. Now Chiesi also offer many treatments in other areas including neonatology, rare diseases and transplantation therapy.

Chiesi pMDI with 152a investment: https://www.chiesi.com/en/chiesi-outlines-350-million-investment-and-announces-first-carbon-minimal-pressurised-metered-dose-inhaler-pmdi-for-asthma-and-copd/