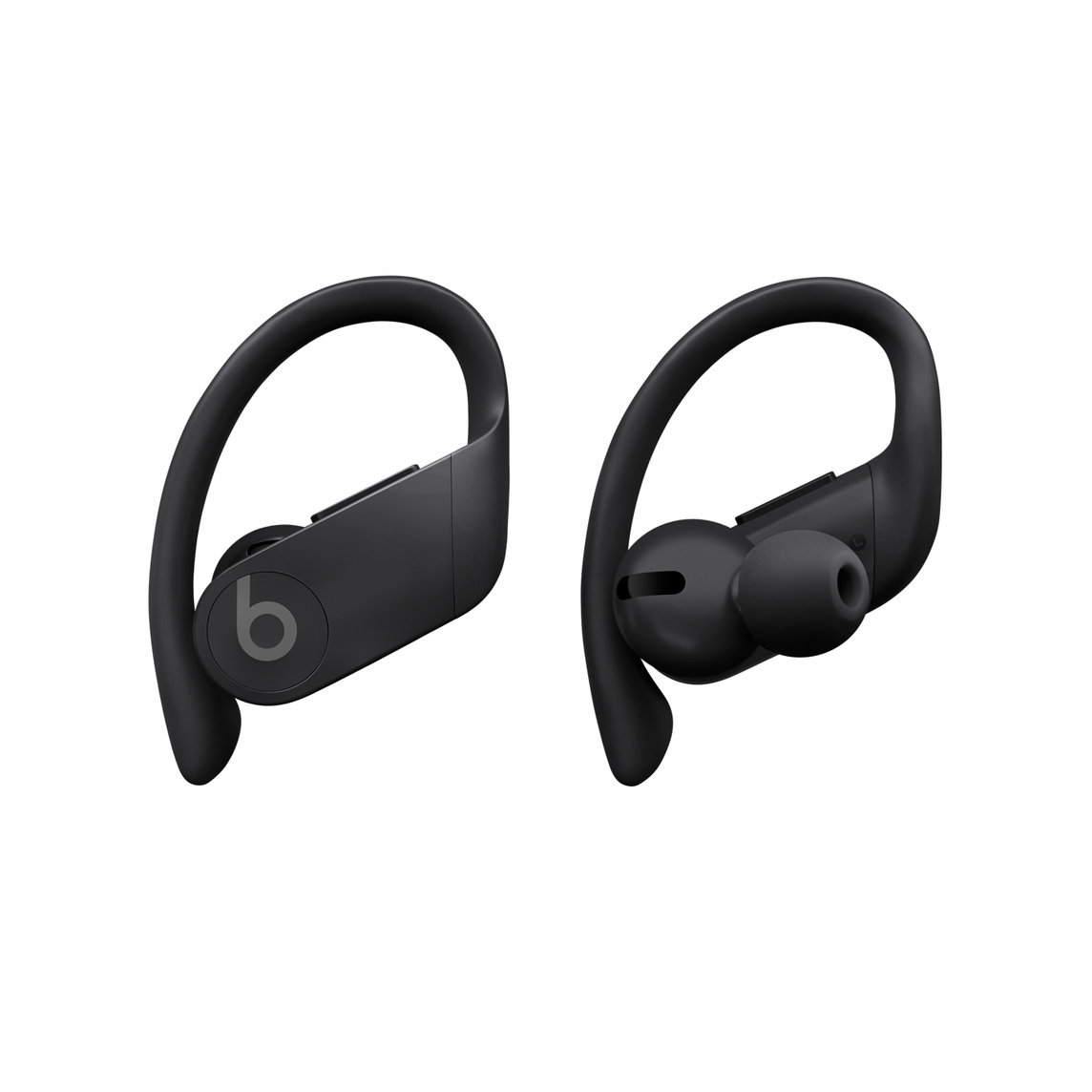 There’s nothing like listening to your favorite song during a good workout. However, using headphones can be too bulky and if you have odd shaped ears like me, regular earphones just won’t do the trick. This is where Beats Electronic’s Powerbeats Pro - Totally Wireless Earphones come into play. With a sleek and ergonomic ear hook, you can stylishly, comfortably, and safely somersault out of an airplane without worrying about them falling out. Having owned a pair myself, I can testify that its performance is second to none. It has great sound quality with the ability to drown out background noise, and it’s also water resistant. However, performance isn’t the only thing that matters when it comes time to the purchasing decision. From a sustainability standpoint, the Powerbeats Pro earphones lack transparency throughout the supply chain. The exact type of materials they use remains a mystery, along with the processes in which they are assembled. Not to mention, working conditions in the factories aren’t well known, which makes it difficult to ensure all employees are provided with the rights they deserve. For these reasons, I believe the Powerbeats Pro deserves an overall sustainability rating of 0.5 planets.

The Powerbeats Pro totally wireless earphones are made up of an inconspicuous amount of plastic, metal, and chemicals. With the majority of its design comprised of a small plastic shell coated in silicone, Apple does not disclose of the specific type of plastic that is used. While some plastics are better than others, it is safe to assume that their product required the use of energy intensive fossil-fuels, which are notoriously known for their greenhouse gas emissions and contribution to Global Warming. One things for certain we know that the earbud covers are made up of silicone, which is a certain type of plastic polymer used for its rubber like texture. Silicone’s durability makes it difficult to dispose of and needs to be sent to a specific recycling company to be properly recycled. However, finding a facility near you can be a hassle, which is why most silicone products end up in the landfill where they remain for an indefinite amount of time.

The next major component of Apple’s Powerbeats Pro earphones are the 200mWh coin cell lithium-ion batteries. Consisting of mostly cobalt and nickel mined from the Democratic Republic of Congo, these metals expose miners to contact dermatitis, fatal lung disease, and carcinogenic particles. There is an even bigger battery in the charging case that houses a 1.3 Wh cell, requiring even more cobalt and nickel to be mined. Then we have the driver, which helps convert electrical energy into acoustic energy. The driver consists of 12mm of rigid Aluminum and a magnet made up of Neodymium. Exposure to low levels of Aluminum are typically not harmful to humans, but Neodymium on the other hand can cause lung embolisms and liver failure if inhaled for long periods of time. The Powerbeats Pro also uses Apple’s new H1 processing chip, which is a piece of hardware that Apple claims to be home-made silicone. This vague description makes sense when you see the amount of glue they used to encase their precious technologies, but can also explain its increased durability to things such as heat or moisture.

When it comes to putting the Powerbeats Pro earphones together, Apple and Beats have successfully kept their process a secret. This is to no surprise, considering the Beats company was worth $3.2 billion dollars in 2013 and has only become more popular since. According to Ben Einstein, President and COO at Ten Percent Happier, a larger version of the beats headphones sold for $199 back in 2015 and it only cost them $20 to make. Given that the Powerbeats Pro are significantly smaller than the ones Einstein reviewed, it’s safe to assume that they would cost less to produce, yet they currently sell for $249. With their lack of transparency and mile high profits, one begins to question the truth behind its creation.

Apple has at least had the decency to disclose of the location in which they manufacture their Powerbeats Pro. With the majority of them coming from China and Taiwan, it’s more likely than not that the earphones are put together in a large factory filled with heavy machinery. These machines help to create a cast mold for the main plastic body and are also responsible for connecting the various electronic pieces together. Operating heavy machinery like this requires a lot of input energy, which is often supplied by fossil-fuels in second and third world countries. In 2020 alone, Apple released 22.6 million metric tons of CO2 into the atmosphere, with the main source coming from their manufacturing process. It’s also important to mention the working conditions for the employees in the supply chain. Back in 2019, Apple and a slew of other large tech companies faced a lawsuit that claimed child labor was used to mine cobalt in the DRC. Taking immediate action, Apple announced that it will not carry out business with refineries that don’t meet the auditor’s or company’s strict standards.

Beats Electronics was founded in 2006 by the famous American rapper Dr. Dre and his entrepreneurial business partner Jimmy Iovine. After earning a revenue of $1.3 billion dollars in 2013, Beats Electronics was acquired by Apple for $3 billion dollars the very next year. Known for producing the world’s most iconic handheld device, the iPhone, Apple has come along way in their effort to reduce environmental degradation. For example, Apple itself has become carbon neutral and expects every single one of their products to be carbon neutral by 2030. They’re achieving this goal by investing in more renewable energy, using and re-using recycled materials, and increasing the energy efficiency of all their products and stores. One of the best things Apple has done is create an environmental report card that tracks the life cycle of each and everyone one of their products, except for Beats devices that is. Yup, the only information on the web for Powerbeats Pro’s sustainability is in their packaging, which supposedly uses at least 70% recycled materials, along with some form of biodegradable paper-foam. For being one of the world’s largest companies, you would think Apple would take it upon themselves to address the lack of environmental concern over Beats Electronics. But perhaps by keeping the name in the Beats family, they’ve been able to get away with it.