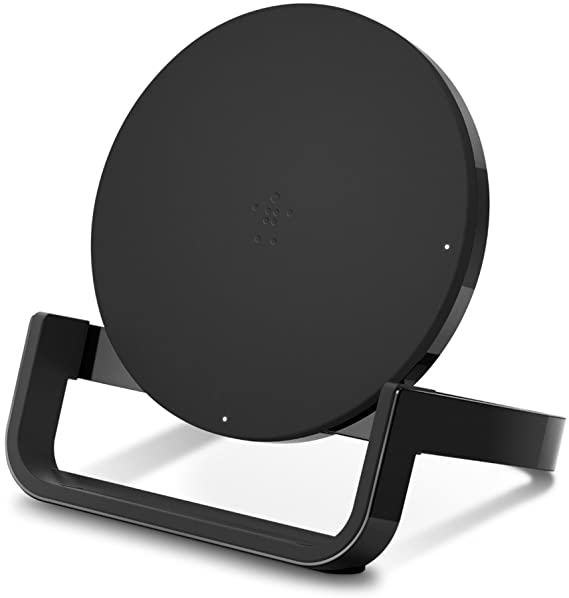 Belkin is a global leader in producing tech accessories, from chargers and cables to speakers and headphones, and in some ways has been taking steps towards becoming sustainable as well. In 2018, the company was awarded the Sustainability Initiative of the Year award from Business Intelligence Group, which recognized their successful efforts to reduce electricity consumption and greenhouse gas emissions by 25%. As a company Belkin has indeed taken action for the sake of reducing their carbon footprint, such as making their Indiana facility wind-energy reliant, however the same cannot be said with their attempts at transparency. While completing my review, I was able to find much more information about how the company was sustainable, as opposed to how the products were sustainable, and when it comes to manufacturing, the products need to be able to speak for themselves. Belkin claims to recognize the need for transparency as well, as in their 2020 Sustainability Report, they stated “We want to be open to our consumers and our customers about what we do,” however as a consumer, I have seen nowhere near enough action taken to rectify this issue since the report was issued. The fact of the matter is Belkin products, as they are currently advertised on their website, hide a significant amount of information from their consumers which is unacceptable. In order to truly be sustainable, it is vital that the company addresses issues closer to home, such as transparency, before setting their sights on larger goals such as achieving 100% carbon neutrality by 2025.

Belkin does not provide any specific information detailing what its wireless chargers are made of whatsoever, and this practice unfortunately applies to all of the company’s products. Generally, USB cables are made of copper or silver wires, a ferrite bead (a metal alloy used in magnets), nickel-plated brass connectors, and a plastic (usually polycarbonate) covering. However, with wireless chargers, it’s a bit different.  Wireless charging pads usually contain a copper coil which acts as a magnetic loop antenna to create an oscillating magnetic field. Coil size will affect the charger’s range; the larger the coil, or the more copper wire coils it has, the greater the distance of charging. At the moment, copper mining waste makes up the largest percentage of metal mining/processing waste in the U.S., largely due to the fact that the amount of metric tons of ore needed to produce 1 metric ton of copper metal is insanely high.

Belkin has started to take some steps towards sustainability, such as funding the recycling of 8,988 tons of packaging since 2009 through WEEE (Waste Electrical and Electronic Equipment). Furthermore, although 8,988 tons does seem like a huge amount to the most of us, yearly e-waste and packaging production worldwide easily outscales this number. The company also requires a chain-of-custody certification ensuring that their packaging paper comes from a sustainably-managed forest, including the protection of workers and indigenous peoples’ rights, as well as ensuring that the forest is long-lasting. Belkin has also made efforts in plastic reduction, such as 90%/48%/81% plastic reduction in their cables, wireless charging pads, and wireless charging stands respectively. Yet the issue here lies in that Belkin has not been open about how much plastic their products contain, therefore these percentages lose their value. The company as a whole has shown support for sustainability advances, however information about specific products is considerably lacking, and when data such as the materials products are made out of isn’t available to the public, consumers are denied access to understanding the entirety of the production line, beginning from material sourcing and finishing with packaging products. Hence materials are a crucial part of sustainability analysis, and Belkin definitely has a significant opportunity for growth here.

Extremely limited information is available regarding how this company creates their products. The website on its own tells a small portion of the story: all Belkin products are designed and created “on-site” in California, and undergo regular quality control checks during the manufacturing process. The company claims that its internal manufacturing facility has also passed the ISO 9001 quality management requirements, and quality control specialists keep an eye on any products manufactured outside of this facility. Belkin claims to have 100% control of the manufacturing process, however unlike what this line seems to be saying, the company does actually use outsourcing for certain goods. Outsourcing poses problems because it involves more parties within the manufacturing process, often smaller companies which Belkin does not have total control over. Although Belkin uses “quality control specialists” to close the gap, the fact of the matter is this will never translate to 100% manufacturing control, a highly misleading phrase. Furthermore, Belkin’s parent company, Belkin International, was acquired by one of Taiwan’s tech giants, Foxconn, in 2016, therefore the manufacturing process has a possibility of being connected with Asian corporations and overseas manufacturing regulations, something to be taken into consideration. Asia has gained an infamous reputation over the years for its countries’ lax regulations coupled with a sheer lack of workers’ rights, all of which contributes to lower prices to be paid during production, and hence coveted by corporations.

As mentioned above, Belkin products are currently manufactured at an unspecified location in California, assumed to be a factory. Specific information regarding workers’ rights and factory regulations was unfortunately nowhere to be found, indicating more transparency issues with the company’s products. Belkin as a corporation, however, does have a committee dedicated to sustainable development called Social and Environmental Responsibility (SER) Committee. This committee oversees environmental governance, quality compliance, operation safety, and just treatment of employees. Belkin suppliers are also required to comply with the RBA code of conduct, as well as go through regular third-party social compliance audits. Additionally, according to their 2020 Sustainability Report, Belkin’s headquarters located in Playa Vista were LEED-gold certified in 2009. This certification, developed by the US Green Building Council, uses categories such as water efficiency, energy, materials/resources, and indoor environmental quality to properly rate buildings.

Belkin has been consistently reporting progress in accordance with the UK Modern Slavery Act and the AUS Modern Slavery Act. Slave labor is a rather prevalent issue in the technology industry, because of how widespread the chain of production can become as a result of so many different materials and parts needed to create the final product. Coercing migrant workers into labor using abuse is not uncommon in certain countries, yet these problems have become harder and harder to uncover over time. Interesting enough, a 2016 FastCompany article published a chart which ranked tech corporations from 1-100 based on their efforts to eradicate forced labor in their production; Foxconn (Belkin’s parent company) was given a rating of 29 points. Assuming Belkin indeed holds “100% control” over all manufacturing involved, this should not prove to be an issue, however in the case that Foxconn does influence Belkin’s manufacturing processes, this would have extreme implications on Belkin’s score for this section, and “sustainable practices” in general.