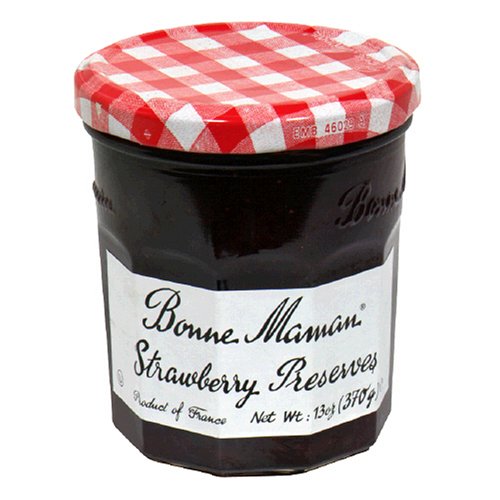 I grew up eating toast with Bonne Maman preserves for breakfast every morning. In fact, my family goes through preserves so quickly that we need to keep a stash of different flavors in our kitchen to support our morning routines. Bonne Maman’s strawberry preserves is a classic flavor among the brand’s collection, but there is an environmental price to pay for being able to enjoy any of Bonne Maman’s products in the United States. All Bonne Maman products are imported from France, so they must travel thousands of miles from European manufacturing facilities to American stores. In addition, Bonne Maman’s preserves are derived from fruits grown on conventional farms that release carbon stored in soils through their agricultural practices. The impact of the preserves themselves certainly isn’t great, but Bonne Maman’s parent company, Andros, has taken some strides to improve the way it does business. Andros participates in the UN Global Compact to align its corporate initiatives with the UN’s Sustainable Development Goals (SDGs). Bonne Maman preserves are best consumed in Europe, close to where they are made. In the US, however, I suggest you opt for a locally-made jar of preserves instead.

Bonne Maman strawberry preserves are made of the following ingredients: strawberries, sugar, brown cane sugar, concentrated lemon juice, and fruit pectin. These ingredients are certified non-GMO but not organic, which means that they were cultivated on conventional farms that use carbon-intensive practices. Despite the high sugar content in jams and preserves, Bonne Maman strawberry preserves are a healthier alternative to cheeses and chocolate spreads.

Bonne Maman’s preserves are stored in signature glass jars with a gingham lid. Glass is recyclable as long as consumers clean out any remaining preserves, and the jars can easily be reused for another purpose. To my surprise, glass actually has a higher environmental impact compared to plastic and aluminum; however, this impact is reduced as long as consumers recycle or reuse the jars. Bonne Maman has a tab on its site dedicated to sharing ways to reuse its jars, encouraging consumers to follow its DIY projects and extend the life cycle of its jars.

Neither Bonne Maman nor Andros provides much transparency about where their ingredients come from and how they are cultivated, so I can only assume that they are hiding this information because it could damage their reputations. Without an organic label, Bonne Maman’s preserves must be derived from conventional farms that practice unsustainable farming methods. Conventional farming releases carbon into the atmosphere, erodes soil, pollutes nearby waterways, harms local biodiversity, and threatens the health of farmworkers. Andros has shared some select initiatives it has implemented across its partner farms to encourage the adoption of sustainable practices. The company provides agroecological training for its partner orchards, teaching them how to minimize pesticide use and increase plant cover in their fields to improve soil fertility. In addition, partner farms follow the Zero Pesticide Residue approach, which guarantees that fruits will have less than 0.01 milligrams of pesticide residue per kilogram of fruit. Farmers who follow the Zero Pesticide Residue approach can receive a Zero Pesticide Residue label for avoiding pesticide use unless needed as a last resort pest control mechanism. Minimizing pesticide use improves working conditions for farmworkers and allows farms to support more biodiversity, but Andros can do a lot more than this to reduce the environmental impact of farms from which it sources its fruit.

Farmworkers on Andros’ partner farms pick and pack ripened strawberries on trucks that drop them off at a factory. Once at the factory, the strawberries are cooked with sugar and pectin until the mixture has thickened into preserves. Pectin is a fiber that gels as it heats up, creating the spreadable consistency of preserves. Bonne Maman’s preserves produce less food waste compared to jellies or jams because preserves require whole strawberries rather than just some parts of the fruit. Andros has achieved slight reductions in water consumption and emissions at the factories that produce Bonne Maman’s preserves, but that is the only information the company provides about the production process. Once made, the strawberry preserves are packaged in glass jars and shipped to stores across the globe. It turns out that Andros cannot make preserves in the U.S. due to an agreement with J.M. Smucker Company, the owner of Smucker’s. I am relieved to know that Andros would make Bonne Maman products in the U.S. if it could, but it is frustrating that Bonne Maman’s potential to become a more sustainable option for American consumers cannot be realized due to a competing brand’s fear of losing sales to another competitor. Despite the lost opportunity to drastically reduce the impact of the products it ships to the U.S., Andros identifies carriers with lower environmental impacts in order to form long-term relationships with those producing the least emissions. This small step may not seem like much, but most companies tend to ignore the impacts of their product distribution because it can be quite complicated to address. Overall, Bonne Maman must develop ways to minimize the mileage of its exported preserves and provide transparency about its production process to hold itself accountable for improving its practices.

There has been much scientific debate about what materials are most sustainable to use for packaging. Glass actually has the greatest carbon footprint compared to single-use plastic and aluminum because of its extraction and transportation. Mining limestone, soda ash, and sand is an intensive process that can disturb nearby habitats and alter waterways. As for the transportation of glass, its weight and fragility increase transportation costs while reducing fuel efficiency. The environmental impact of glass can be greatly reduced to a level lower than other materials if it is reused or recycled, and Bonne Maman’s jars are conveniently shaped to serve alternative purposes. Although the recycling rate for glass in the U.S. was only around 31% in 2018, this value is far greater than plastic and thus shows that there is some potential for glass to outcompete other materials in terms of environmental impact.

Bonne Maman’s parent company, Andros, is a family-owned company from France that specializes in the production of fruit, dessert, and dairy products. Andros operates on a global scale, with partner farms and over 30 factories around the world. In the early 2000s, Andros joined the United Nations Global Compact to align its practices with the UN SDGs. By joining the UN Global Compact, Andros must incorporate human rights, labor, environmental, and anti-corruption principles into its business model to improve upon its social and environmental impact.

Every year, Andros publishes a report through the UN Global Compact detailing its progress towards social and environmental goals. Andros has a code of conduct detailing its commitment to promote human rights and ensure safe working conditions for its employees. Third-party audits have confirmed that Andros complies with local and international labor standards like bans on forced labor and child labor, which is the least the company can do. Employees have access to extensive health coverage and rest areas during breaks, but this does not apply to farmworkers at Andros partner farms. I hope to see Andros extend its employee benefits and labor standards to the farms it sources from because this is a major gap in its work towards creating a positive social impact.

Compared to its human rights initiatives, Andros’ sustainability initiatives are more numerous and impactful. Many Andros products are certified BEE FRIENDLY, which means that the products are grown in a way that protects and maintains pollinator habitats. Additionally, Andros grew its organic product collections by 145% from 2018 to 2019. It is great to see that consumer demand for organic foods is prompting large companies like Andros to source from more sustainable farms. As I mentioned before, Andros measures the environmental impact of its carriers to determine which to continue working with, allowing the company to reduce its transportation emissions. As for emissions and water use reductions, Andros cut its water use by 18.5% between 2014 and 2019 and reduced its emissions by 11.9% between 2011 and 2018. I find these figures to be quite low considering Andros is comparing its current performance to that of at least 5 years ago. Andros cites investments in better equipment, solar panels, and thermal efficiency as methods to reduce its energy and water consumption; however, these initiatives retain existing systems and thus do not produce significant reductions in the company’s environmental impact. These initiatives certainly won’t be enough for Andros to achieve carbon neutrality, a goal the company has set for itself. While striving for carbon neutrality may seem like a great step forward, Andros has not set a year by which it aims to achieve this and the goal itself only applies to its direct emissions. Without a year by which Andros must achieve carbon neutrality, the company feels no pressure to change its practices anytime soon. I hope that Andros chooses a date by which to achieve this goal in its next progress report, or else carbon neutrality will just be a far-flung dream. Andros’ progress to reduce waste has been far more successful, with a 30% reduction in organic waste in 2019 alone. Any unsold Andros products are donated to charitable organizations, further reducing food waste produced by the company.

Andros’ commitment to furthering SDG goals is commendable, but this commitment is not backed by ambitious efforts to follow through on the company’s goals. Quantification of corporate initiatives illustrates that the company has begun to change its business model, but this change must happen faster and on a larger scale. Overall, Andros has strong values that will (hopefully) continue to propel the company towards the achievement of sustainability and social responsibility.