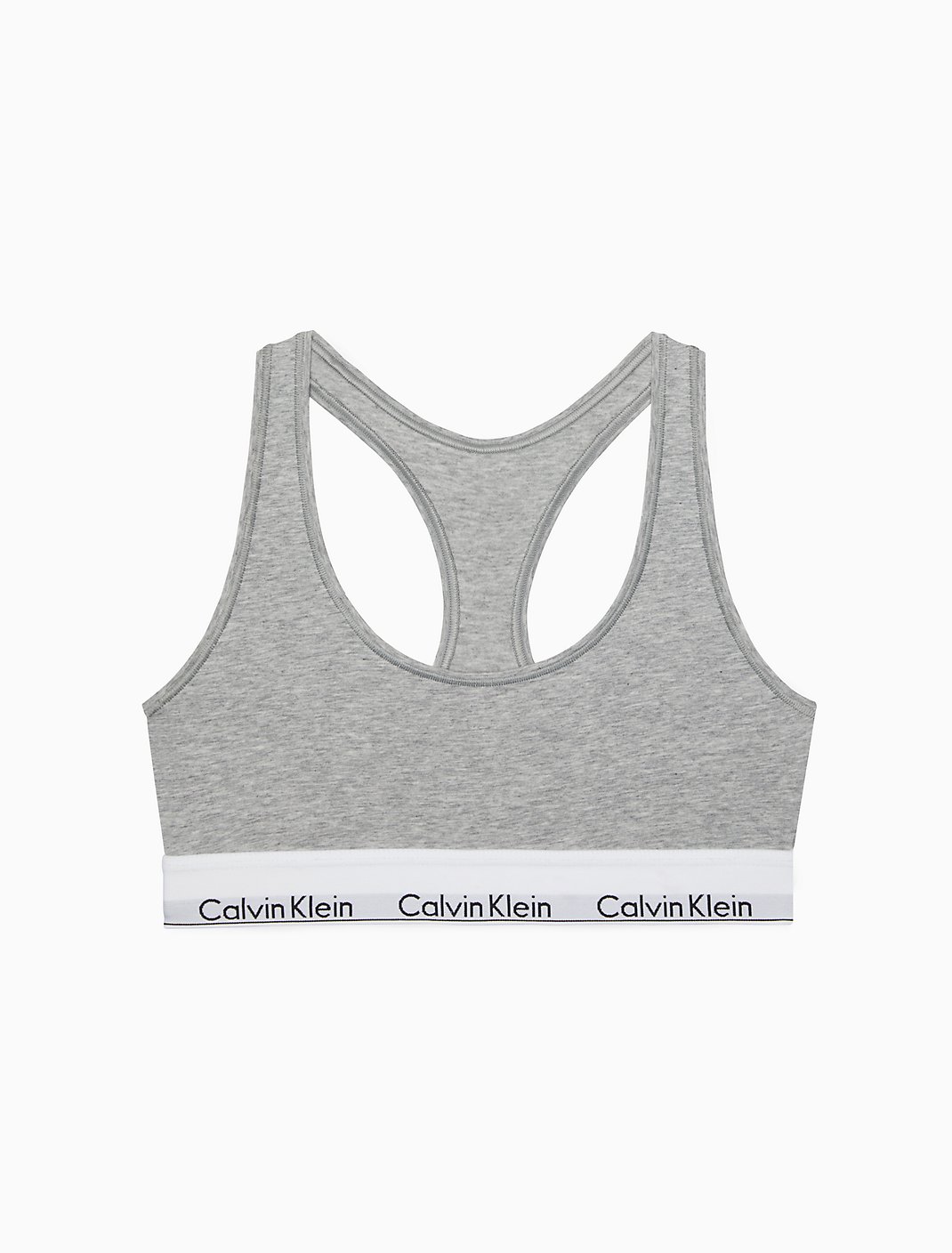 Calvin Klein is a well-known brand, recognized for their trendy clothing and lingerie. The brand has a signature vibe that is unique to them. I recall this particular bralette being popular for its design and comfort, and it is a timeless piece that many consider a staple. Its consistent popularity sparked my interest in looking into the sustainability of this product. Through this review, I did a lot of research on the brand’s parent company, PVH. PVH demonstrates an effort to be more sustainable through their resources and policies. The company also is very transparent in comparison to other large fast fashion companies. However, these efforts and initiatives are not shown in the production of this bralette. Although it is evident that PVH is aiming to become a more sustainable and ethical corporation, they still have a long way to go which is why Calvin Klein’s bralette received a rating of 0.5 planets. The Modern Cotton Unlined Bralette is currently priced at $28 on Calvin Klein’s website. A great alternative is Boody’s Ribbed Seamless Bra which is priced at $32.95 on their site. Boody’s products are made from organically grown bamboo and the brand advocates for all things sustainable!

This bralette is made with 53% cotton, 35% modal, and 12% elastane. Cotton is a material that many people mistakenly believe is sustainable. However, it is extremely resource-heavy to produce. Growing cotton has resulted in soil degradation, which is the decline in quality and condition of soil. Because of this, new land is required to continue cotton production, which harms nature’s ecosystems. Making cotton fibers into fabric contributes to pollution caused by fossil fuels, and conventional cotton production uses pesticides and chemicals. Organic cotton is a more sustainable alternative, but it isn’t much better than conventional cotton. Organic cotton does not require chemicals or pesticides to produce, but still requires heavy water usage.
Modal is a semi-synthetic fiber that is often used as a cotton alternative. It is popularly used for activewear because of its softness and breathability. Modal is derived from viscose or rayon, which is made from regenerated cellulose from wood. Modal contributes to deforestation, as many manufacturers do not use sustainable wood (i.e. bamboo) or take from renewable forests. Additionally, harmful chemicals are used during its production which can contaminate the air and water, as well as impact human health. TENCEL Modal is known to be a more sustainable option, as it minimizes emissions and conserves resources.
Elastane--also known as spandex--is what makes textile materials stretchy. It is derived from nylon and is petroleum-based, which is one of the most environmentally harmful industries to exist. Elastane is produced using many chemicals as well as fossil fuels, which are non-renewable resources. It requires the use of synthetic dyes which are one of the biggest sources of pollution in the textile industry. An alternative to this is using recycled elastane instead.
All three of these materials contribute to microfiber pollution, which is when the tiny fiber particles from textiles are released into our air and water. Because Calvin Klein does not state more details on the materials they use for this bralette, its level of unsustainability is unclear.

Cotton, modal, and elastane all begin as fibers and are spun into fabric. In the growing process, a lot of water is required which is usually sourced from irrigation, and also uses chemicals (i.e. pesticides). Because of its massive water use the Aral Sea--formerly located in Central Asia--no longer exists. The production of cotton expends fossil fuels to transport cotton bales to mills and to operate those mills. Modal manufacturers often source their wood from non-renewable forests which harms the environment, as ecosystems are wiped out in its production. During the production of modal, the wood’s cellulose is put through a process called xanthation. Xanthation takes neurotoxin carbon disulfide and uses it to dissolve and purify the cellulose. This chemical can be released into the environment and negatively impact both animals and humans. Exposure to neurotoxin carbon disulfide could result in serious conditions such as liver damage and blindness. Elastane is made from fossil fuels and is derived from nylon--which is essentially a type of plastic as well. Therefore, elastane is non-biodegradable. In addition, making elastane requires a lot of chemicals which can result in dangerous health risks. Before it becomes elastane, it begins as polyurethane--a carcinogenic.
At the very bottom of Calvin Klein’s webpage is their “California, UK, & Australia Supply Chain Disclosure” which provides information from their parent company, PVH. Their CR Supply Chains Guidelines provides a detailed section about the environment. It covers their environmental commitments which include eliminating carbon emissions, waste, and chemicals. PVH asks that businesses commit to sustainable practices such as reducing energy use and handling waste properly. PVH uses the Sustainable Apparel Coalition's index to evaluate the sustainability of their partners, but this evaluation is only recommended—not required. The index—specifically the Higg Facility Environmental Module—assesses the environmental impacts of their practices based on factors such as carbon emissions, water usage, and labor conditions. There is no further detail regarding the Higg Index’s specific measuring guidelines, as those who would like to utilize the tools would need to register online. PVH provides an extensive list of things that should be done to better conserve the environment. In their Performance Report last updated in 2018, the corporation overall reduced their energy use and emissions which demonstrates an effort to be more environmentally friendly. Despite these efforts, this does not change the fact that the materials used for the production of the bralette are extremely harmful to the environment.

A Public Factory List updated last in December of 2019 is provided by Calvin Klein’s parent company, PVH. PVH oversees other apparel brands such as Tommy Hilfiger, Van Heusen, and True & Co so this factory list is representative of all of the brands PVH supports. Although PVH claims to reduce their manufacturing, textile, and cotton in China, an overwhelming percentage of their factories are indeed in China. Many of their factories are located in Bangladesh, China, India, and Vietnam--among other countries. These four countries are the largest textile exporters in the world. The garment industries in these particular countries have awful working conditions, often forcing their employees to work unpaid overtime with no breaks. Garment factories in these countries do not pay their workers a living wage, have dangerous work environments, and sometimes even use child labor. PVH claims to want to conduct business ”keeping with the highest moral, ethical, and legal standards” according to their Governance page. Clearly this is not the case, as they source their materials from factories that abuse their employees. Additionally, PVH provides “A Shared Commitment” to their partners and suppliers, which is a code of conduct that they must follow. This code of conduct aims to make sure that business partners comply with labor and environmental laws, and do not use forced or child labor as well as looking out for the health and safety of all employees. Firstly, the code of conduct only requires partners to comply with laws, which are not always just. Secondly, there is no evidence that everything included in the code of conduct is being applied within these secondhand partners.
In their CR Supply Chain Guidelines, PVH has a Migrant Workers Policy that requires suppliers to not force workers to pay fees to remain in employment, and responsibly recruit workers. However, there is no evidence of whether or not this policy is actually being implemented and if it is producing positive results.