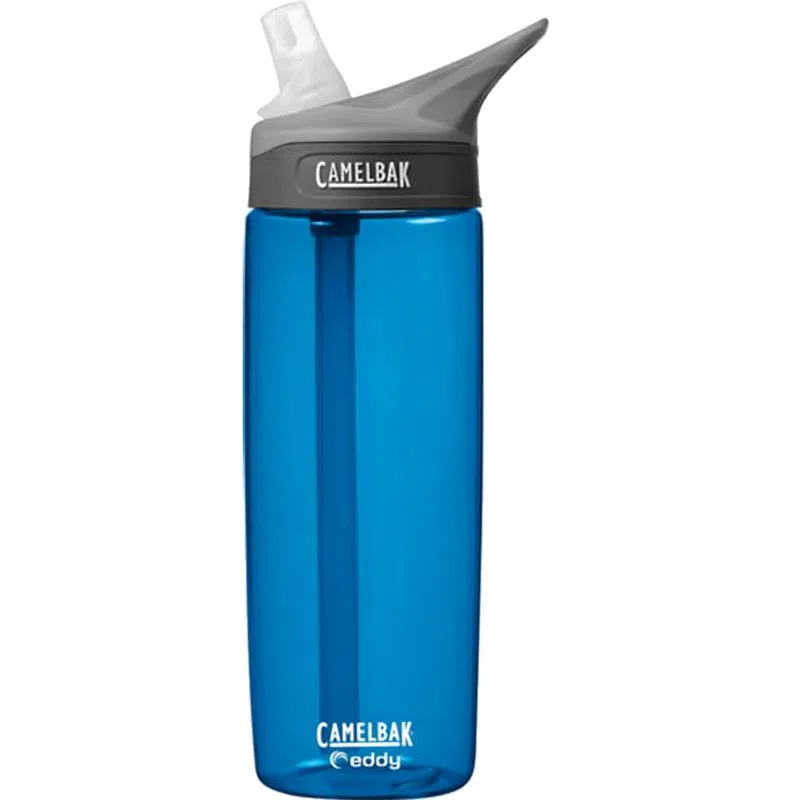 I cannot in good faith recommend anyone this product when considering it through a lense of sustainability. Most damning to this product is the material that it is made from, which has been shown to have very high rates of synthetic estrogenic compounds that pose serious health risks despite being BPA free. The production cycle of this material is not terrible in itself, but if the product carries risks this significant it may not even matter. I could see this product facing major recalls down the line due to its materials and I was absolutely shocked to learn the risks that it poses.

If one were to review the product ingredients section of the Camelbak water bottle website, they would be of the impression that the materials being used in the making of this product are state of the art and incredibly safe. The company proudly touts the fact that is “100% free of BPA, BPS, and BPF”. While this claim itself may be factual, the materials used in the making of this product are anything but safe. The product is made of a copolyester polymer named Tritan that declares itself as durable, easy to clean, and most of all, BPA free. The war on the chemical BPA started many years ago, and it resulted in manufacturers having to rapidly switch the ingredients in the making of products such as water bottles and sippy cups. The chemical of BPA was linked with many serious health issues such as cancer and diabetes through a variety of studies conducted about it mimicking the hormone estrogen. Public backlash was swift, and the result was many new materials such as Tritan being formulated as an alternative. Despite being BPA free, Tritan offers up its own set of health hazards. Products constructed with Tritan have repeatedly shown to have even higher rates of synthetic estrogen even without the presence of BPA. From a marketing perspective, the public is only interested in the product being BPA free, despite the fact that Tritan carries almost the same amount of risk. One cannot objectively claim that these materials are safe to drink from.

As mentioned before, this product primarily is constructed from the synthetic material known as Tritan. While this chemical itself is one that can been deemed very hazardous, the production of it is decently sustainable compared to other alternatives. According to the manufacturing details, Tritan has “lower processing temperatures and the potential for reduced cycle times that combine to lower energy use during processing”. This may not be game changing, but the lower energy needs are a step in the right direction for materials such as these.

The company of Camelbak is most famous for its line of backpacks that carry hydration tubes along the back that allow for easy access to water during outdoor activities. These backpacks have dramatically reduced the needs of riders to bring along plastic water bottles, and that has certainly been a welcome development in the field of sustainability. The company was created by a serious mountain bike racer that sought an easier method of hydrating while on intense rides. As the company has expanded, it has also began the production of reusable water bottles. The company is not without its share of controversy. Many outdoor sports retailers halted the sale of Camelbak products following the continued mass shooting that have taken the lives of many in America. The reason for this is that the parent company of Camelbak named Vista is a major seller of assault rifles and ammunition. One of the largest retailers that refused to carry Vista products is REI, an outdoor sports equipment seller that has often been known to preach corporate responsibility. For REI to take such a bold stance against this company does not reflect well on the reputation that Camelbak carries.