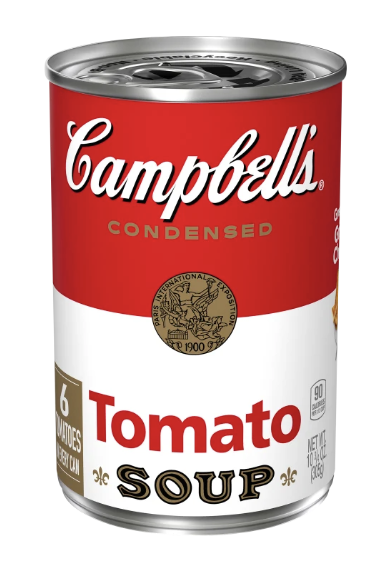 Campbell’s soup has been largely iconic since it was first founded in 1869 by Joseph A. Campbell and has since expanded to become one of the largest food processing companies in the United States through acquiring other large name brands under the Campbell’s company like Pepperidge Farm, Prego, Swanson, Snyder’s-Lance, and more. It is quite possibly the most iconic soup company in the country, and the other brands Campbell’s controls fall just behind that. Being a staple food item for many households, it is important to understand whether the ingredients and the practices behind its production are ethical and sustainable. Campbell’s very clearly shows an interest in bringing their goals to fruition as well as making a number of ambitious goals to commit to these standards. As they are a giant enterprise, any goal that is remotely aggressive needs to be seen as a plus, considering that means there are a multitude of practices, factories, workers, farms, companies, etc. to take into account to meet and exceed these goals. They are committed to changing not only their farming practices, but their manufacturing, packaging, and labor practices as well. Their website is transparent in whether their goals are met or not, and they show dramatic progress in recent years updating some of their goals to be more ambitious than they were in the past while still aiming to meet them within that relative time frame. My focus of research centered more on the soup itself, so I did not outline all of the practices within all of their companies, but as a whole for the overarching company, there is clear change that is being seen. The iconic Campbell’s soup can has been and will be seen by most people in the country for generations to come. It is imperative that other businesses look towards Campbell’s and realize that if they are capable of putting forth aggressive goals and seeing real specific changes, then they can accomplish these kinds of standards as well. When the products you consume align with your values and goals, it makes their purchase that much more worthwhile.

Being a tomato soup, the most important ingredient is the tomato puree made from water and tomato paste. Campbell was able to meet and exceed a number of goals regarding the sustainability of the agriculture of the tomatoes they are being supplied. Compared to 2012, they have reduced their greenhouse gas (GHG) emissions per short ton of tomatoes by 26%, reduced their water use per pound of tomatoes by 23%, and reduced their nitrogen applied per short ton of tomatoes by 6%. They have also been able to source 83% of their tomatoes from suppliers engaged in an approved sustainable agriculture program, by far the most of their plant-based priority ingredients, while 98% of their tomatoes are responsibly sourced. While they have reached many of their goals, it is a little difficult to recognize whether these farming goals were adequately placed to show that Campbell’s is taking ambitious steps to further make their actions more sustainable or if they are just aiming to reach easy targets and greenwash their audience. Another ingredient in this soup is wheat flour. Campbell’s has been able to improve their fertilizer use on 70,000 acres of wheat which they claim boosts profits for farmers, benefits water quality of the surrounding area, and reduces any impact on the climate. The wording choice of “improve” can be vague without seeing how their statistics have specifically changed to ensure something actually valuable was done. While this is true, they also set a goal to source 50% of their wheat flour from acres enrolled in a sustainable agriculture program by 2025, and have adequately detailed their partners and steps for this goal. The soup also contains high fructose corn syrup which is made from corn starch, an ingredient generally know to lack nutritious qualities and has been linked to being a supporting cause for type 2 diabetes. While they aren’t specific about where they source their corn syrup from, corn in one of the many items in agriculture that is largely grown in monocultures, which requires the use of more pesticides, destroys many of the nutrients in the soil, and has a higher susceptibility to diseases. Along with pesticides, lots of fertilizer is needed and also corn is one of the crops that requires the most water, meaning the soil will soon be depleted of its nutrients and there is an increased chance of water pollution. If Campbell’s does not specify that they utilize sustainable farming methods for this, we can only assume they do not. There is also Potassium Chloride, Citric Acid, Natural Flavoring, Ascorbic Acid (Vitamin C), Monopotassium Phosphate, Celery Extract, and Garlic Oil in the soup.

Regarding the packaging of the soup, there is now non-BPA lining in their aluminum and steel cans in the United States and Canada. Campbell has goals of deriving 100 percent of their packaging to recyclable or industrially compostable materials and designs by the year 2030; this goal is somewhat further away than I had hoped, but for such a massive, extensive company, I can see how great changes like this could take time. However, ambitious changes must happen if would like to meet this goal quicker. Their steel cans containing the soup are 100% recyclable and contain up to 35% recycled steel. They have also implemented How2Recycle instructions on a number of their labels until all of them contain them in 2022. These instructions help consumers understand the proper disposal methods of their recyclable packaging.

Being the giant conglomerate of food companies they are, Campbell’s owns a plethora of manufacturing plants around the world in places like New Jersey, Ohio, California, Canada, Germany, Malaysia, Australia, and more. On their website, they have detailed how specific plants have sustainable food production practices, like their largest soup plant in Napoleon, Ohio which is responsible for the production of more than two-thirds of their beverages and over a third of their soup for North America. It’s plant boasts a city-size water treatment plant, a spacious solar field, and a community biodigestor that helps to protect animal and human health from pathogens by converting the nutrients found in waste to fertilizer and biogas to help grow crops and produce energy; they convert their fruit and vegetable waste into methane to fuel two generators on their site. In 2012, the plant transitioned to using natural gas, and it also claims to recycle 95 percent of materials. Their solar farm is the largest in the United States supplying solar energy to a single private facility, boasting 23,040 panels. Their 60 acre solar farm and biogas system fill 40% of the electrical demand of this plant. This solar farm will also reduce the plant’s electricity costs by $4 million as well as eliminate 250,000 metric tons of GHG over the 20-year period that Campbell’s has committed to purchasing the energy from this system for since its production was funded from an energy credit created by the state of Ohio. Hopefully, they will continue to purchase this energy when this initial agreement is over. Along with their water treatment plant, they pretreat their wastewater and funnel it back into the Maumee River. In addition to their excellent location and renewable energy technologies, this plant has been able to expand to acquire easy access to their distribution routes as well as gaining the opportunity to regionally source their ingredients. They also have innovative food safety detection as well as traceability technology. In 2014, this plant was also awarded Green Plant of the Year at the Food Processing Awards. They also have a comprehensive Responsible Sourcing Supplier Code that outlines their standards for safety in the workforce as well as how they would eliminate labor violations. All of their facilities must also comply with their Human Rights Principles. Being their largest and most used manufacturing plant, it clearly sets the standards necessary for all of their other plants needing to switch to many of the systems and practices found here. While we do not necessarily know how far the other plants have come in this endeavor, we can be sure that Campbell’s now knows it is possible and is hopefully looking to establish these changes everywhere, quickly.

Campbell’s Soup Company was named one of the 100 Most Sustainable Companies of 2020 by Forbes. This list ranks organizations that were embracing sustainable business practices more than others, announced at the World Economic Forum. They ranked corporations with revenue more than $1 billion based on criteria in the sustainability realm measuring standards such as carbon footprint and gender diversity. Their website is helpful in highlighting many of their sustainable efforts with details of their partners and locations to where these steps are occuring; they also links articles for further information if their summaries are too vague on the website. They committed to setting a Science-Based Target (SBT) in October 2020 to reduce their GHG emissions by 50% by 2030. This SBT is made using climate science to show what needs to be done to avoid the worst climate impacts and meet the goals of the Paris Agreement. They had originally set a goal to reduce their emissions by 25% by 2025, but have since replaced this goal using their new SBT. A number of their goals met a slight road bump like to reduce their Scope 1 and 2 emissions and their waste sent to landfills, likely due to the drastic changes from the recent pandemic; the graphs they show clearly demonstrate their emissions were being reduced until 2020 hit and consumerism within grocery stores likely increased, and the goals became harder to meet. However, since 2017, progress is slowly but surely being met for some of their other goals like to reduce water use by 20% by 2025 and reduce food waste by 50% by 2030, all as compared to 2017. While some goals are being met and others are struggling, it is worthy to note that Campbell’s is being transparent about them. They have clear graphs outlining their numbers and statistics, and it is important that with their goals they are being honest about how well they are being met and what aggressive changes need to be made to meet them on target. They also put out Corporate Responsibility Reports to detail any updates, goals, and changes they have made in their social and sustainability efforts. Recently, they have committed $1.5 million in financial support to non profit organizations that raise awareness, advance education, and fight discrimination and racism; they have also donated hefty amounts to the Equal Justice Initiative and the Boris L. Henson Foundation. They appointed their first Chief Culture Officer, Camille Pierce, as well, working with her to increase their spend with diverse suppliers by 25% over the next three years. They also show their efforts to align with 6 UN Sustainable Development Goals (2, 3, 8, 10, 12, and 13). Last year, they donated over $49 million in food to food banks, shelters, and soup kitchens. In some of their plants they also donate their waste to other companies that can use it for their own production. Honestly, Campbell’s has contributed to, donated, and supported so many social and environmental companies, organizations, and initiatives that it would be redundant to list them all; they clearly show an aggressive effort to support the people and world around them as such an iconic and massive company.