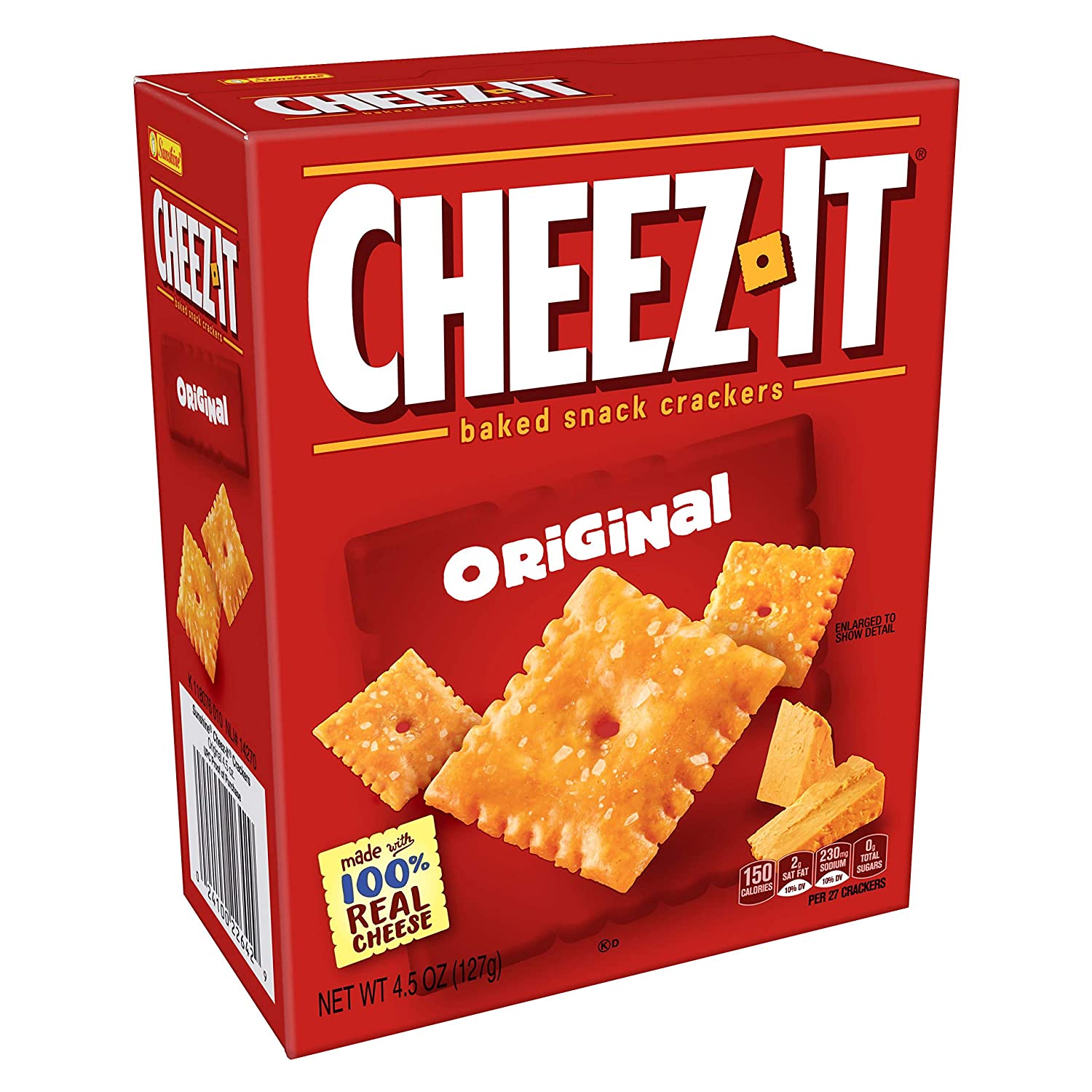 Cheez-Its is owned by the famous cereal company Kellogg, which has facilities all over the world and supplies grocery store locations with their many products. Cheez-Its are comprised of relatively simple ingredients, such as wheat flour, paprika, vegetable oil, and cheese, and they are sourced from Kellogg partnered farms from around the world. The concerning ingredient would be cheese because they use so much of it, so I would like Kellogg’s to be more transparent about where their cheese is sourced from and what sustainable practices are use. On their website, they have an extensive number of sustainability commitments and have specific examples to back them up. However, doing my own research on Cheez-Its use of palm oil or Kellogg’s purchases of Renewable Energy Certificates made me suspicious of greenwashing. What was confusing for me in this process is that it was impossible to find any articles not affiliated with Kellogg regarding their sustainability efforts. I was left with a bunch of information written by the company, and I wasn’t sure what to believe or not. While Cheez-Its do not have an outrageously harmful process, its packaging and ingredients contribute to landfill waste and carbon emissions. Kellogg can do better in taking more effective sustainability actions instead of over praising themselves.

The main ingredients of a Cheez-It are wheat flour, white cheddar cheese, paprika, vegetable oil, and annatto extract color. Cheez-Its are in fact made with real cheese, and 23 millions pounds of skim milk cheese is used per year, which is the equivalent of 15,00 cows being milked per day. Because I could not find out exactly where Cheez-It ingredients are sourced from, I looked for where Kellogg obtains their wheat and other ingredients. On the Kellogg website, all the wheat is grown in places like Nebraska, Louisiana and Michigan, but other external websites claim that Kellogg sources its ingredients from all over the world. The country that produces the most paprika is Hungary, but the garnish is also produced in Spain, South America, the Mediterranean, India, and California. Kellogg has been called out for buying palm oil from suppliers that contribute to deforestation, biodiversity loss, and global warming. On the website, Kellogg claims that all of the palm oil used is certified by the Roundtable on Sustainable Palm Oil (RSPO), and they also boast that “the World Wildlife Fund gave Kellogg a 9 out of 9 for sustainable palm oil production” and even provide the links to some reports. However, none of the links work, which make me skeptical of what these certifications and ratings really mean for sustainability. Nothing is said about exactly how the palm oil is being extracted in a more sustainable way. As for the packaging, Cheez-Its usually come in a cardboard box and are sealed by a clear plastic bag, and the website states that the “timber-based packaging that goes into cereal and other boxes comes from low risk, certified-sustainable or recycled sources.” Kellogg states that the packaging recycled through store drop off boxes, but these are often not made accessible at grocery stores, and it's not common knowledge either.

A Kellogg factory in Battle Creek, Michigan produces about 200 million pounds of Cheez-Its every year. The process begins with a basic flour dough. Next, paprika is added for flavor and also for the natural dye that gives a Cheez-It its color. The cheese is then brought in, and it comes as a block that weighs 500 pounds. The block is put through an extruder to squeeze out small spirals of cheese. Next, all of the ingredients are mixed together in an industrial mixer for 14 minutes. They are then moved to a proofing room where they will rest and ferment for 24 hours. After a day, the dough will be transferred to rollers where the dough is flattened into thin sheets, and Cheez-It pattern will be stamped onto it. The conveyor belt takes the dough into a salting area, then they are brought into an oven, the size of a football field, that bakes the crackers. Afterwards, they are broken into the small squares, packaged in the plastic liners and cardboard boxes, and transported by trucks to store locations. Because almost all of the process is done by machinery, there isn’t a huge need for workers besides supervision and making sure that things run smoothly. I did not see any articles about unfair working conditions at Kellogg, so it would be worth looking into. The enormous amount of cheese used is concerning because of the huge environmental impact that dairy products have. I was unable to find out where the cheese used in Cheez-Its come from, but generally speaking cheese production is damaging to the environment because it takes a lot of milk to produce a pound of cheese. The cows producing the milk also produce a lot of methane and nitrous oxide, which contributes to global warming. If unchecked, dairy farms will use of chemical fertilizers and pesticides, a lot of water, and implement cruel animal living conditions. Because of the lack of information from Cheez-It or Kellogg, we cannot know if they are getting cheese from sustainable dairy suppliers. Sustainable cheese making does exist, especially on a small scale level, but the production of Cheez-Its is already way past that point. Unless less cheese or used find more ways make their manufacturing process less environmentally damaging, Cheez-Its cannot be rated highly in sustainability.

Cheez-Its were first created in 1921 by the Green and Green Company, and today the brand is owned by Kellogg’s. The Kellogg website has extensive articles about their sustainability efforts, from interviews with American farmers to their goals for sustainable packaging. One goal that stood out to me is that through their Global Sustainability Commitments, “the company has set a goal to support 500,000 farmers by 2025, focusing on climate-smart agriculture to improve livelihoods.” Another goal is having 100 percent reusable, recyclable or compostable packaging by the end of 2025. These are all amazing goals, but I was not able to find detailed plans or report documents that could go beyond their well-written statements. However, they had a map with all 40 locations of the farms that were being helped by Kellogg. To my surprise, each location had a project name, objectives, and the main crop being grown, as well as a long paragraph about what is being done. Kellogg also mentions the Sustainable Development Goals when talking about their sustainability commitments, which I thought was unique compared to other big company websites I’ve seen. It’s definitely good that a big company like Kellogg shows that they are aware of the SDG’s, but they they should update some of their plans, since much of what I saw was from 2019 or before, and if they are claiming to hit multiple goals by 2025, consumers should be noticing more changes with their products. In addition, many links to reports did not work, or they just took me back to the main sustainability page, which was frustrating when I was trying to see the data of what they were describing. Kellogg's facilities across Western Europe and in Australia have achieved 100% renewable electricity, and the company has purchased Renewable Energy Certificates (RECs) for most of their facilities. Purchasing RECs does not necessarily mean companies are using energy generated from renewable sources directly to their facilities. Buying a REC only shows that want to provide financial support to incentivize carbon-neutral renewable energy systems. Looking deeper into what RECs are made me realize that Kellogg is still using greenwashing despite how good they sound on their website. Instead of buying RECs, they should directly participate in renewable energy project on their facility sites. In addition, consumers should continue to be cautious and make sure that Kellogg is really doing what they are saying.