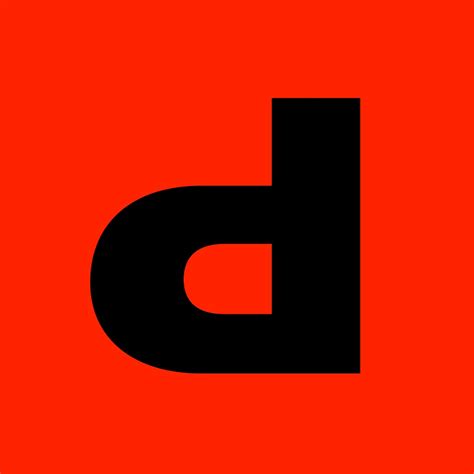 Depop is an ever-growing community, one that I joined back in 2015 and have seen grow immensely since. I have watched the app grow into a social media of sorts and become a global representation of the power and values of Gen Z. It is true that Depop as an institution and company inherently sits on issues of class- and racial- disparities, but both the company itself and the community are continuing to address this. I don’t smell as much performative activism coming from Depop as I did, especially during the past summer of 2020, from other companies desperately trying to hop on the sustainability and inclusivity bandwagon. Maybe it is because the Gen Z community is one to hold companies they want to like accountable, just as I am trying to do right now writing this review. I encourage you to support small businesses, especially those owned by BIPOC and/or LGBTQIA+ sellers, and to be wary of drop-shippers and resellers. At the end of the day, buying second-hand on Depop is never going to be a perfect solution; the most sustainable choice is always buying nothing at all.

Depop sellers can engage in the sale of anything, as long as the seller is abiding by the Depop Community Guidelines. The majority of sales on Depop are that of clothing, including shoes, accessories, jewelry, and art. Much of the user base is part of Gen Z, or Millenials, some of which just use the platform for shopping, some sell a few items here and there, and some have turned to Depop selling as their main form of income– especially during the global pandemic. Even celebrities can be found selling items in verified Depop shops, associating themselves to the Depop community and message. The rise in Depop’s popularity has led to some claims of gentrification with a large influx of new sellers that are mostly middle-class people. These users can afford to buy clothing from thrift stores in bulk and resell them for a marked-up price, both pushing out local communities from physical thrift stores and those that relied on Depop for access to affordable clothing. In turn, lower-income communities can be left to turn to fast-fashion retailers; it is key to recognize that shaming those for unsustainable behavior is rooted in class privilege, and moving past this type of judgment is the pathway to more intersectional environmental activism.

Depop is a peer-to-peer social shopping app with over 15 million users. The most active users are located in the United Kingdom, United States, and Italy– with the app being based in London. Although it is a global fashion marketplace app, and despite the nuances of gentrification, it also dedicates itself to making fashion more inclusive, diverse, and less wasteful. Depop is known in recent years for its commitment to the Black Lives Matter Movement and LGBTQIA+ causes, both promoting shops via inclusivity campaigns (like #blackondepop and #queerondepop) and donating directly to dedicated organizations. The Depop community also took matters into their own hands, spamming comment sections with unrecognized BIPOC owned shops during Depop’s recent BLM promotion on their “Explore Page” this summer. One shop user, Unadviced, has even personally curated a list of over 70 BIPOC owned shops– check it out with this link: https://drive.google.com/file/d/1n3BMVfQ1071iXfv1z-Cj93Fl7Z9OSxRb/view!!! However, although Depop has done a lot in comparison to many large fashion companies, Depop has yet to create a permanent page of Black and/or POC suggested users, or directly monetarily support BIPOC owned shops.
Depop is also an app meant to combat fast fashion, with Depop recently cracking down on a phenomenon known as “Drop-shipping”– where users unknowingly place orders via Depop, but sellers then place that order to fast fashion manufacturers, often in China (HOT TIP: this can be spotted via weirdly long 2-4 week shipping times, non-original photos, “too good to be true” prices). Domestic orders in the United States are typically shipped through Depop’s provided USPS shipping, or shipping can be arranged privately for both domestic or international shipments, but the general premise does rely on fossil-fuel-based transportation of orders.

Depop was founded in 2011 by Simon Beckerman, who raised money and investments over time to fund its launch and initial start-up years. Depop’s newsroom site features profiles of their executive team, including one of Simon Beckerman, and starkly stands out as being predominantly white.
This past year Depop published a blog post that reflected the representation within their employees:
“Today, across our company:
0% of our executive team are Black, 9% are POC, 56% are female
8% of our leadership team are Black, 11% are POC 58% are female
11% of employees are Black, 24% are POC, 53% are female”
It is rare to find a company that is this transparent about its diversity, with the post acknowledging its need for a commitment to increasing the representation of Black and POC communities on both their leadership and executive teams. They also set specific targets for Black representation at Depop by 2022, including from 10% of all staff to 15%.
Additionally, at the time of the above-quoted blog post, Depop donated $20,000 to the NAACP, worked with sellers to donate an extra $10,000 in fees to “organizations fighting for racial equity and justice,” and donated to “Black & Pink, The Okra Project and LGBTQ Freedom Fund – who work to support Black LGBTQIA+ lives, ensuring their safety, fighting for their justice and providing them with food and financial support.”
This post also announced their search for an in-house Diversity & Inclusion leader, which Chinny Okolidoh has since been appointed to. Since her appointment, Chinny launched compulsory D&I training for all employees and extensive training for their Executive team with courses focusing on broader D&I, privilege, and unconscious bias.
Depop has emphasized its willingness to listen to both the Black seller community and minority communities at large, with hopes from many being an app centered on true equity, rather than one stuck in fashion’s bubble of performative activism. Their blog (blog.depop.com) is a place of both Black and LGBTQIA+ resources, although these do require some digging.