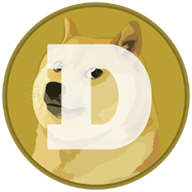 Dogecoin is a cryptocurrency that launched in 2013 yet has only recently progressed into relevance as one of the most widely traded cryptos, increasing more than 20,000% in value within just one year. Despite being originally created as a joke, Dogecoin has achieved one of the highest market caps of any current cryptos. The Dogecoin website titles itself “the fun and friendly internet currency,” and it’s very easy to trade Dogecoin as it is supported by various platforms. Unfortunately, cryptocurrency has only become more problematic as it has continued to grow, and Dogecoin really isn’t an exception to this massive energy usage. I can’t recommend diving into Dogecoin if you are trying to make sustainable investments as there really isn’t any pledge or effort from the developers to curb energy usage as the crypto gets more users. Although its energy usage isn’t off the charts right now, it will only get worse as it grows like Bitcoin has.

Cryptocurrency is entirely digital and its value is only determined by how much money people are willing to trade it for. This abstracted value is especially pertinent with Dogecoin where there are very few real-world vendors that accept the crypto. This makes investing in crypto truly a gamble as there is no predicting how relevant it will be in the future and if it will still have value. At first glance, the fact that this is completely electronic appears to exempt Dogecoin from using raw materials, assigning them an arbitrary value, and leaving them in circulation; However, like almost all cryptocurrencies, Dogecoin exhausts a remarkable amount of energy. Electricity is essentially the material behind Dogecoin and electricity comes at a price, most commonly with burning coal and natural gas (2/3 of global electricity comes from fossil fuels). The estimated annual energy consumption for Dogecoin is 2.554854 gWh. This is nothing compared to Bitcoin’s 1446.6264 tWh per year (1tWh=1000gWh), but mainly because Bitcoin is a much larger and highly valued cryptocurrency, not because Dogecoin is sourcing it’s electricity in an efficient and conscience manner. It would be possible to make the mining process for Dogecoin more efficient or to only allow new coins to be mined from verifiable renewable energy, but there is no effort to make these changes. Allowing Dogecoins to be mined with less energy could even increase its value with a bigger supply.

There are two sources of electricity consumption that occur with cryptocurrency. One is the mining itself, and the other is the transactions. Although there has been some debate over the energy spent in transactions, it is negligible in the face of the energy consumed by the mining process. Cryptocurrency mining is an extremely complex process that requires cutting edge computers/technology to conduct the operation. To produce crypto these computers need to be constantly working towards solving computational problems, and as the currency grows, there is less and less reward for the same amount of work. This kind of system is “proof of work” where computers have to prove that they have expended a certain amount of energy mining. It is important to note that the consumption of high amounts of electricity is not inherently problematic, if the energy is sourced from responsible sources. However, it is difficult to estimate how much of this energy is sustainable due to the worldwide spread of cryptocurrency miners. Some cryptocurrencies such as “SolarCoin” are only produced with verified sustainable methods. Dogecoin actually uses an algorithm with a more efficient hash rate than Bitcoin, meaning it takes less energy per second, but there is no pledge or promise towards sustainability like “SolarCoin” and “BitGreen.” There is no reason to assume Dogecoin users are mining with a method any different than Bitcoin, despite the “friendly” community.

The crypto was originally designed by software engineers Billy Markus and Jackson Palmer in 2013 as a joke on Bitcoin, which was a novel idea at the time. Anybody can mine Dogecoin and it is easier to dip your feet into than the competitive world of Bitcoin at the moment. Dogecoin uses the same algorithm as Litecoin making it convenient to mine both simultaneously (and expend more energy). There are some crypto currency mining hotspots around the world like in China and more recently Texas, as China is cracking down on cryptocurrency miners due to financial concerns.
In the face of the energy expenditure Dogecoin and cryptocurrencies in general show us, we must ask: Is this worth it? Are cryptocurrencies really a necessary form of currency? Some argue that cryptocurrency is a means of reducing wealth disparities, redistributing wealth to disadvantaged people. One major problem not entirely specific to Dogecoin, but at its worst with Dogecoin, is the fact that a huge amount of the crypto is owned by the top 1% (94%!). It’s hard to argue in favor of Dogecoin that its redistributing wealth to the poor when if you invest in Dogecoin you’re essentially playing poker with a couple chips against a few huge stacks. It is hard to predict how relevant Dogecoin will be 10 years from now, so I can’t recommend it as an investment, and I definitely can’t recommend it if you are trying to do your part to protect the planet. There may be an inherent danger in assigning value to something that intrinsically has no value, especially when it comes at a cost.