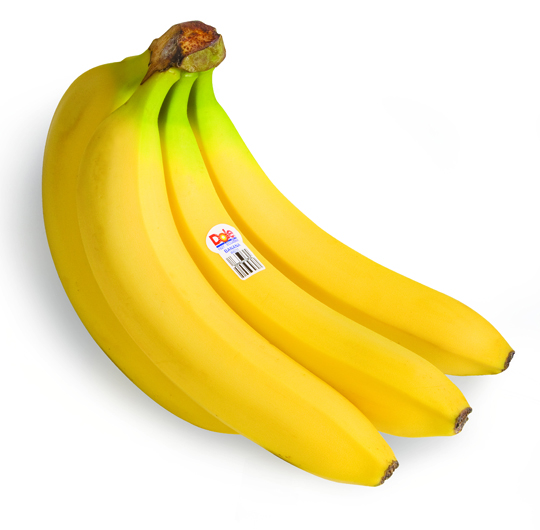 Bananas are a staple food world-wide, and personally I’ve always lived in a household that buys bananas and consumes them basically daily. Dole and Chiquita are the biggest banana producers and competitors, and Voiz was not impressed by Chiquita’s practices. Globally, Dole is the largest fruit and vegetable producer. They appear to be making an effort towards sustainability, but it doesn’t seem genuine with all the progress they still need to make. The banana industry is historically problematic and Dole needs more results (and not just promises) to set the record straight.

Bananas are bananas. They are grown on plants (which are actually herbs) year-round in tropical climates. The dole website boasts the vitamin B6, potassium, fiber, and vitamin C in every banana. Dole also offers organic bananas which of course have the same nutrition but better quality control and are supposedly produced more responsibly. Dole organic has a Fair Trade certification, an international certification system seeking to reduce poverty and promote sustainable development. It seems like these should be standards that normal Dole products should follow, why only for organic bananas? The sustainability page for normal Dole says very similar things as the Dole organic page, so perhaps the two bananas are more alike than different, but “organic” sells for a higher price.

Dole owns banana farms and sources from independent growers all across South America, as well as from the Philippines. Bananas have to be shipped to the UK, transported on refrigerated reefer vessels. Transportation and storage is the largest contributor to the banana industry’s carbon footprint (the second being fertilizer). Dole could reduce this figure by not crossing over the Atlantic continuously and producing bananas in India—the world’s largest producer of bananas—or anywhere closer that has a climate supporting bananas. Unfortunately there are a lot of inherent problems the modern banana industry faces (or rather causes). Bananas farms are treated with many pesticides that are known to be harmful to workers and the environment. Bananas are grown monoculturally which means every plant is genetically identical and therefore equally susceptible to disease. This, coupled with the fact that insects become resistant to pesticides, means that pesticide formulas need to keep increasing in strength and being modified. On top of this, the banana industry is no stranger to deforestation and soil depletion. Dole has a history of environmental negligence lobbying with the agrochemical industry against restrictions on pesticides, draining wetlands, and a host of other offenses.
Labor practices are notoriously questionable among the banana industry and Dole does not have a clean track record. Dole is avidly anti-union and tries to lay off any workers that join a union. Dole will regularly lay off union conspiring workers and subsequently rehire them with lower wages. These workers are exposed to aerial chemical spraying and generally poor workplace safety. Ecuador is Dole’s largest supplier of Organic bananas, yet there is a history of child labor and sexual harassment on Ecuadorian banana farms. Sadly the economies of regions that produce bananas are so economically dependent on the industry that many workers have no choice, despite the abysmal wages and abuse.

Dole began over 150 years ago in Hawaii with “Castle and Cook”, a huge Hawaiian corporation founded by missionaries. The “Hawaiian Pineapple Company” was founded 50 years later and Castle and Cook eventually bought it out. Already Dole suffers from colonial origins, and they claim that “Corporate Responsibility & Sustainability” has always been important to them, citing how in 1924 they created a hospital in Honduras. However, I don’t think Dole can really claim that they did this because the hospital was actually funded by the “Standard Fruit Company” which Castle and Cook didn’t buy out until the 1960’s.
Dole is diving headfirst into trying to appeal to sustainably minded consumers; they sell an organic line of produce, they have a section on their website dedicated to sustainability and fair labor, and they released their first CSR last year. However, the information on their website and CSR is not concrete or indicative of significant progress, but it is more like a promise of commitment and an establishment of lofty goals (like net-zero emissions by 2030). Dole has a “Social Accountability 8000 (SA 8000)” certification which is given out by an NGO for following International Labor Organization standards. This certification is supposed to be evidence of freedom of association and better labor conditions for workers, but unions are still fought against by Dole and workers remain dissatisfied by the conditions. There is yet to be convincing evidence that Dole truly wants to put sustainability ahead of profits.