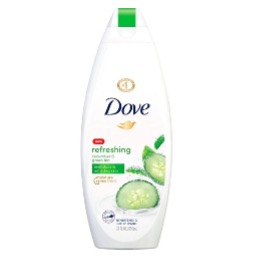 Dove is a personal hygiene brand that offers products such as body washes, deodorants, and hair products in a variety of scents and formulas. A large part of the brand’s marketing and mission is geared towards improving the self-esteem of consumers and redefining our relationship with beauty. Dove has shown its commitment to this mission through “The Dove Self-Esteem Project,” and a commercial titled “Courage is Beautiful” that depicted essential workers throughout the COVID pandemic. Dove has also claimed a commitment to reducing their plastic waste and carbon footprint. The Dove brand is part of a larger consumer good company called Unilever, which also includes personal care brands such as Nexxus and Axe. Both Dove as an individual brand and Unilever have pledged to improve their environmental and social impacts and work towards a more sustainable future. Despite these efforts, I believe there is huge room for improvement within the brand and the company, such as through developing zero-waste and refillable products and creating more traceability in the ingredients.

Dove is very transparent with the ingredients that are present in this body wash. All of the ingredients are clearly presented on their website, along with the purpose of each ingredient. However, some of these ingredients—while helpful for the soap’s function—are harmful to the planet. For example, this body wash contains acrylates copolymer, a type of microplastic that is often disregarded when companies claim to be reducing microplastic usage. This product additionally contains lauric and stearic acid, which have both been shown to be toxic to aquatic environments. Palmitic acid, another key ingredient in this product, is often sourced from palm oil, which has a sordid reputation for poor labor conditions and irresponsible harvesting that greatly contributes to deforestation and harms biodiversity. Dove doesn’t directly state where they source the palmitic acid, and the lack of transparency can come across as suspicious.

Aside from the ingredients in the body wash itself, the product is also comprised of a plastic bottle. This bottle is made of 100% recycled plastic (PCR), in line with Dove’s sustainability goal to drastically decrease their plastic waste by 2025. While the switch to recycled plastic in their products is paramount in a large, international brand such as Dove, it should be noted that there are still better alternatives. Due to the hassle of having to clean out the bottle before recycling this product, it’s likely that many of these bottles will be thrown out and wind up in a landfill. It’s notable, however, that Unilever (Dove’s parent company) has made some effort to improve consumer recycling habits in the UK. While the effort is noble, Dove should also consider zero or lower-waste versions of their products, such as durable and refillable packaging instead.

As previously mentioned, Dove has launched an initiative to make all of their products out of recycled plastic where feasible by 2025. They have also taken steps to incorporate sustainable practices into the manufacturing of the products themselves. Factories in the US, Germany, Indonesia, and Brazil have made switches to renewable energy sources. Additionally, to cut down on transportation emissions, Dove has made the switch from road transportation to railroad transport where possible, as well as using ride-sharing apps for companies. While these are impressive efforts to minimize their environmental impact, Dove still maintains a concerning lack of transparency about the manufacturing process. There is little information on where Dove sources the majority of its ingredients. While there is a webpage highlighting where some ingredients are responsibly sourced, it’s possible that these are just cherry-picked examples. Unilever overall has a detailed responsible sourcing policy, but it’s unclear how or if Dove follows this policy. Additionally, there is little information concerning the factory conditions and wages of their workers. Although Dove claims to value transparency, they make it difficult to truly find out how the company operates beyond potentially cherry-picked sustainable anecdotes.

Both Dove and its parent company Unilever have stated goals for a more sustainable future. Unilever, and by extension Dove, has set the impressive goal of becoming carbon-neutral by 2030. In my opinion, this is a very feasible goal, but should also be supplemented by current action as well. While their goal is noble, they should be more transparent about the smaller steps they’re currently taking and documenting their progress. Alongside reducing their plastic waste, Dove has also made efforts to increase sustainability in other ways, such as through their Forest Restoration Project to restore 20,000 hectares of forest in Indonesia. Throughout both Unilever and Dove’s websites, there are messages pledging to sustainable business practices and emphasizing the urgency of the current climate and plastic crises. However, in this case, actions may speak louder than words. While their missions and sustainable goals are noble, there is not much information available on the actual implementation and impact of these initiatives. Overall, there is very little traceability and transparency in how this product is made. Going forward, Dove should openly state where each one of their ingredients is being sourced as opposed to just choosing certain ones that they know will look well-intentioned and sustainable. Additionally, they should consider publishing the current sustainability states of each one of their factories, not just the ones that have already been greened.