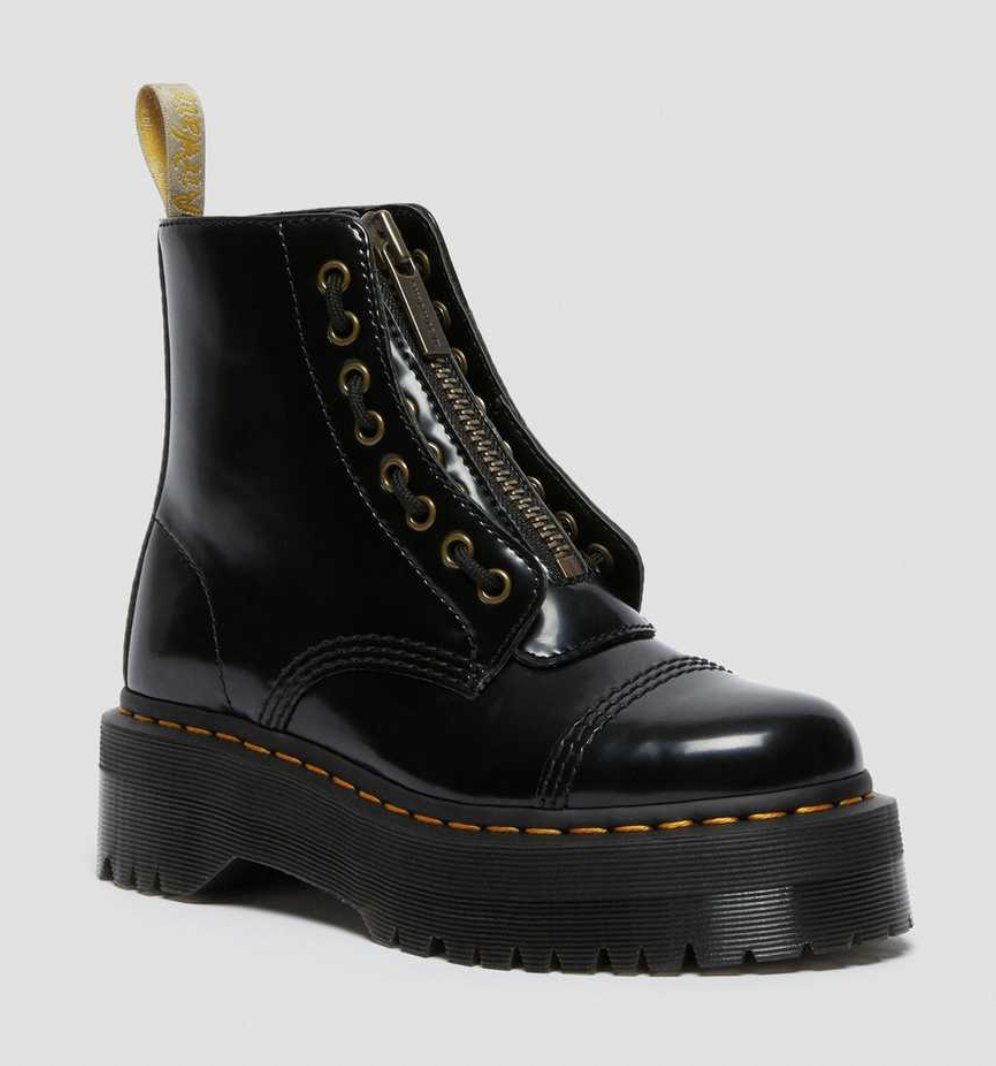 As their vegan label suggests, Dr Martens’ vegan line is 100% made of non-animal products. Launched by the brand in 2011, the introduction of vegan models marked a significant turning point in the company's ethical policy. Its vegan products have since become very successful, boosting the brand’s sales. This strategy answers consumers being increasingly aware of the animal cause, while 42% of consumers in the UK say to care about animals’ welfare. Dr Martens’ vegan models do not come with a price premium that could be a deterrent. In the case of the pair of shoes reviewed here, the vegan version and the leather version both cost £189. Still, a vegan product doesn’t necessarily make it more eco-friendly, as this review will attempt to unravel. It remains to hope that the brand will be encouraged by the success of the vegan line to produce more items in this direction while seeking to find concrete eco-friendly alternatives to leather.

The sole of Dr Marten’s vegan boot, like its leather version, is entirely made of polyvinyl chloride (PVC), plastic condemned by Greenpeace as the “single most environmentally damaging type of plastic”. This very toxic material, less and less used since the 1970s, rejects dioxins, particularly dangerous in closed environments, especially if burnt. According to reviews, Dr Martens’ vegan line is mainly made of synthetic polyurethane plastic (PU), a relatively modern but only slightly more eco-friendly alternative to PVC. More generally, the synthetics used in vegan leathers don’t fully biodegrade. Thus, it is unfortunate that Dr Martens did not adopt more eco-friendly alternatives to leather, which are certainly fewer but still out there, such as materials made from cork, kelp, or pineapple leaves. Based on the information found on the lifecycle analysis of the 1460 iconic model available on its website, 70% of its environmental impact comes from materials sourcing. On the bright side, PVC is a resistant material, which allows the products to last longer, a feature that has long been attributed to Dr. Martens shoes. As the best eco-friendly type of consumption remains to buy less, purchasing long-lasting qualitative products is critical. Dr Martens provides valuable advice on its website to take care of the shoes and preserve them over time. In other words, Dr Martens’ vegan boots can be a must for someone with a strict vegan lifestyle. Still, if one's primary commitment is to the Environmental cause, other brands offer more eco-friendly vegan boots such as NAE or Will’s Vegan store.

Dr Martens production was localized in the United Kingdom for about 50 years. Still, after the brand went through a hard time in the 2000s, it delocalized its supply chain in 2003 to Asia, notably China and Thailand, with only 1000 shoes per week being still produced in the United Kingdom, while 1/5 of the sales come from online orders, with the subsequent pollution implications. In the Lifecycle Assessment of a 1460 boot, transportation takes 3rd place in terms of Greenhouse gases emissions. Thus, it still comes after raw material production and manufacturing and assembly. In the case of fake leather, it is made by bonding a plastic coating to a fabric backing. The types of plastic used determine its environmental damage, and as explained before, PVC and PU are environmentally damaging. Additionally, the production process of such products is potentially health-damaging, as the manufacture of PVC-based synthetics releases dioxins which can cause developmental and reproductive issues, and in most extreme cases, cancers. But Dr Martens seems thorough, as it states on its Supplier Code of Conduct to have strict supplier regulations, notably in terms of health and safety. If most of the brand products are leather based, the brand committed to achieving 100% leather traceability by 2024, which is a good step towards improving animal welfare and environmental impact. Finally,consumer services probably score the highest on Dr Marten’s supply chain sustainability ladder. As it is explained on the sustainability section of Dr Martens’ website, the shoes are packaged in 100 per cent recycled and recyclable boxes, all printed on with soy ink. Moreover, all UK stores are supplied with renewable energy.

Dr Martens came to life in the early 19th century in the United Kingdom as a modest work-wear boot. British youth movements later adopted them as a fashion accessory. The company is now owned by the British global investment firm Permira. On its website, Dr Martens states 5 clear sustainability commitments: design, produce, sell, and treat people responsibly and do more for communities. If Dr Martens policies and supplier policies set high standards for human rights across the supply chain, the site “Good on you” states that none of its supply chains is certified by labour standards and there is no evidence that the brand ensures payment of a living wage in it. Moreover, it received a score of 0-10% in the Fashion Transparency Index. Despite this low performance, it shows transparency on some social issues such as gender equality. In fact, its yearly report on equal pay makes it possible to understand that the gender gap is far from being solved within the company, while men mainly fill the most senior positions. Overall, Dr Martens’ gender pay gap in the UK amounts to about 16%, just under the country’s average. If the brand seems to be dedicated to solving the issue, what concrete solutions it intends to put in place remains to be seen. Despite this drawback, Dr Martens was awarded several awards regarding employee wellbeing in 2019. Ultimately, it is regrettable that the transparency on the social problems is uneven across Dr Martens’ supply chain.

Evaluation on Dr Martens' ethics, as well as the danger of PVC and PU <https://goodonyou.eco/how-ethical-dr-martens/>

On how “Veganism is taking the step from kitchen to the closet” <https://www.bbc.co.uk/news/business-49409405>