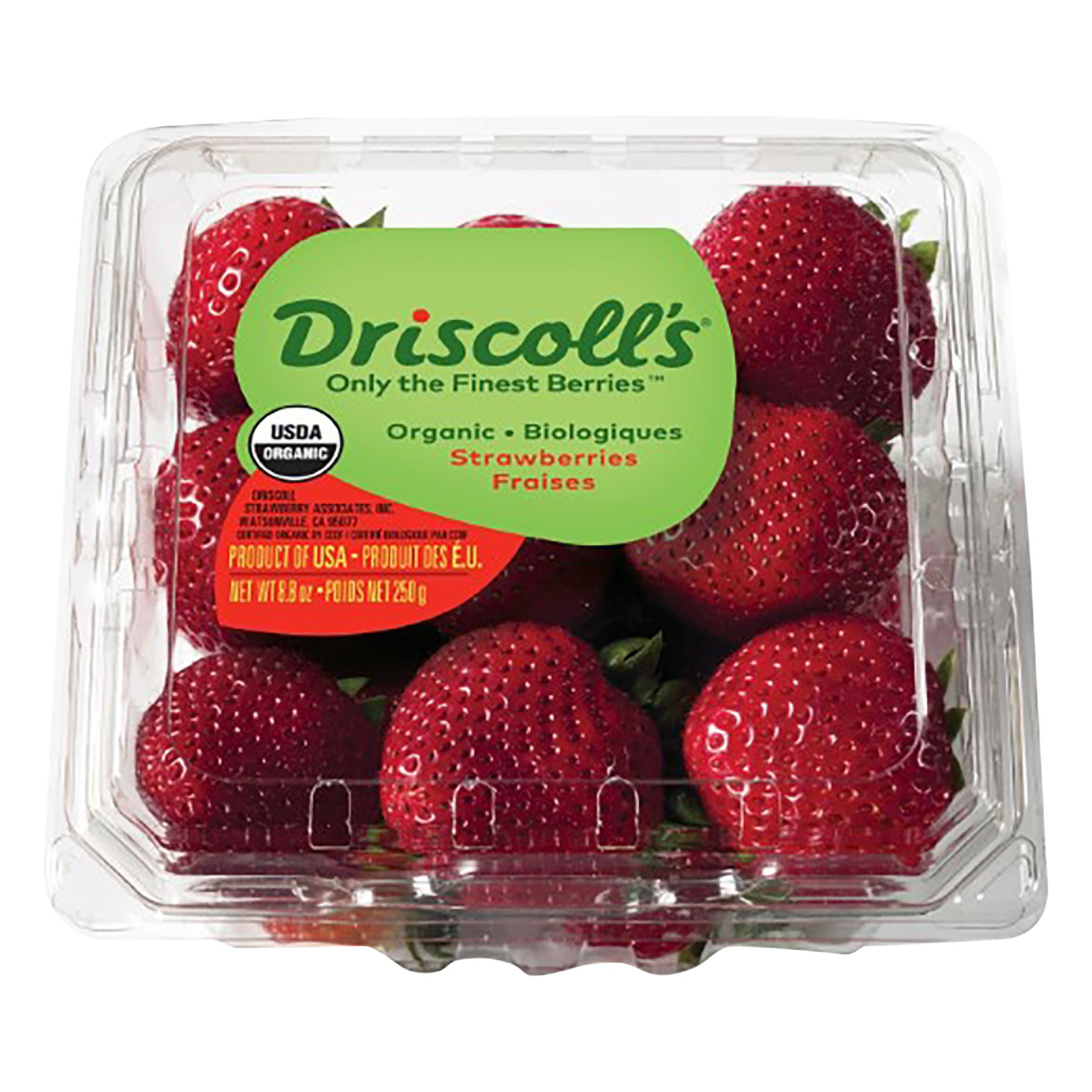 Isabel Pryor
4/20/2021
No items found.
I was inspired to look into Driscoll’s because of calls for boycotts in years prior, as well as an interest and concern over their ubiquity in grocery stores regardless of place or season, which I rarely questioned as a child. While the prospect of fresh strawberries in the dead of winter is attractive at face value, it’s important to consider the packaging, fuel inputs, and labor conditions that bring them to the produce aisle. Driscoll’s website is chock full of shiny claims about their commitment to environmental and social well being, but their history warrants suspicion about their ability to fulfill these promises. I would encourage purchasing from smaller, more local berry providers (such as those found at farmers markets) in the summer during strawberry season, as their products will be much less energy intensive. This also allows you to support a small business that likely has better working conditions for their farmers. Freezing and preserving these berries in the summer is the best option to satisfy a strawberry craving out of season..

Strawberries are a great source of vitamins (especially C and B9), antioxidants, and fiber. While strawberry production is notorious for high pesticide use, it is possible to attain sustainable strawberry production through a focus on soil health and water conservation. All of Driscoll’s berries are packaged in plastic clamshells, which, according to National Geographic, are rarely recycled properly because of the shape and labels. The Driscoll’s website mentions their goal of reducing plastic in the future, including a vague promise of investing in bioplastics, but offers no hard commitments and few signs of progress. Instead, they encourage the consumer to reach out to their local recycling locations and ask if the product is recyclable themselves, complete with the typical platitude about how we all share responsibility for the environment.

Driscoll’s is one of the top berry providers in the world, and they monopolize a third of the market in the U.S. alone. On their sustainability page, Driscoll’s only explicitly advertises their work in local water stewardship, including using water-efficient sprinklers and replenishing aquifers with stormwater in Pajaro Valley, California. Driscoll’s sells both conventionally and organically grown berries. While the latter must receive an official USDA certification, they are vague about their agricultural practices, and their website only mentions a few regenerative agricultural practices in their organic farmers’ wheelhouse with no mention of how widespread they are or how they plan to expand them. They mention nothing of their carbon footprint, and in an interview with PMA, CEO Soren Bjorn explicitly states that he doesn’t believe their footprint is significant compared to other industries and that Driscoll’s should not play an active role in lowering emissions. This is a concerning stance considering the massive amount of energy and fuel it takes to store and ship these berries to dozens of countries so that they can be available for consumers all year round.

Driscoll’s has been the target of workers’ rights related accusations and protests since 2013, when the working conditions at Sakuma Brothers berry farm in Washington (one of Driscoll’s providers) led to the creation of the farmworker union Familias Unidas Por La Justicia. Accusations over the years include low wages for long hours (as low as $6 for 12 hours of work), child labor, uncomfortable and unhygienic boarding, unsafe working conditions, and hostility towards unionization. On their website, Driscoll’s stresses their global labor standards, zero tolerance for major issues such as child labor and harassment, support for unions, and their action in hotspots of concern such as Baja, California, where they are striving to achieve 100% Fair Trade Certified output. Because many different farms provide berries under the Driscoll’s brand, they claim to require universal labor standards from all of their providers regardless of those required in their respective locations. However, concerns have persisted, including a 2017 incident where workers at Reiter Berry Farms fell ill due to pesticide drift, and a 2020 petition for better wages and working conditions during the COVID-19 pandemic at Rancho Laguna Farms. Driscoll’s expanse of operations jeopardizes their ability to ensure good conditions for all of the workers they profit from.
Return to Reviews