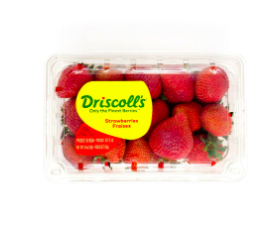 I am personally extremely skeptical of large agriculture industries. My career plan is to work on dismantling industrial agriculture and give more power to small farms that value the health of the environment just as much as they value making a profit. That being said, I was shocked to see how Driscoll’s views the stewardship of the land and water as their personal responsibility. It would be much easier and more profitable for Driscoll’s to not be an organic, fair trade, and socially responsible company, but they clearly value preserving the land for future generations as well as the communities that are directly affected by the land’s health. Although there are many commendable agroecological practices, there is still a systemic problem with the way the company operates. As a wealthy nation we need to reflect on our constant demand for produce from around the world even if it is not native to our area. The transportation of strawberries to 48 countries will never be sustainable and ultimately Driscoll’s will have to find a way to be profitable while producing within the planet’s means. Buying locally is always the best decision when thinking about environmental impact, but it is unfeasible for the majority of consumers because of typically higher prices. I commend Driscoll’s on taking it upon themselves to progress and be an example for other produce companies, but our society as a whole needs to recognize that a constant supply of international goods will not preserve our precious resources for future generations.

Each strawberry has an average of 200 seeds, and each seed creates a slightly different plant. Every season over 500 varieties are tested on small plots and only the best 1% are reproduced and given to the growers. This system deserves 2.3/3 planets because the reproduction of the strawberries season after season is self sustaining and requires no external inputs that take vital resources from the earth. I didn’t give this section a 3/3 because the seeds still need to be sent to farms all over the world which emits greenhouse gases from the air or land travel. Because of the distribution, Driscoll’s does have a long way to go until it is a closed-loop system that benefits the environment rather than extracting from it.

Alright, here is where we get into the nitty gritty of Driscoll’s strawberry production. Driscoll’s is certified organic, which means each farm has to follow strict standards that maintain the biodiversity, soil health, and natural resources of the land. One of the most important rules of being an organic farm is not using synthetic pesticides on the crops. Chemical pesticides get washed away with the rain and end up in waterways which create dead zones where no marine life can exist. Driscoll’s farms only use natural systems of pest control to maintain the health of their produce. This is unique for a company that makes up 1/3 of the U.S berry market. Big ag companies are typically known for their environmentally degrading practices, and it is reassuring to know that big ag does not have to be unsustainable. Additionally, Driscoll’s strawberry farms use cover crops and crop rotation rather than turning over the soil, also known as tilling. Tilling the earth disrupts the soil structure and the essential healthy bacteria. Driscoll’s recognizes that the only way to continually yield produce on the same plot of land is to maintain the health of the soil. Furthermore, the majority of Driscoll’s strawberries are grown in Mexico and California, both of which are facing extreme water shortages. I am pleasantly surprised to see Driscoll’s is bearing a large portion of responsibility with respect to implementing the most sustainable water practices on all of their farms. Driscoll’s was instrumental in passing the Sustainable Groundwater Management Act, which helps stakeholders create a plan to use the remaining groundwater sustainably so that it can be replenished and viable for future generations. Additionally, Driscoll’s interacts with experts from local communities to universities to help implement tactics that will reduce water usage and increase efficiency. These practices range from micro-sprinklers to using recycled water. These steps are progress towards a closed loop system in which no resources are wasted and are reusable indefinitely. The final component to making Driscoll’s strawberries is the packaging that protects the precious berries. Driscoll’s says on its website that it understands the negative impact that plastic has on the environment, but there is not currently a commercially available plastic alternative that protects their produce. In addition to researching the potential of bio-plastics, Driscoll’s is also researching how every part of the plastic container can be reused or recycled. Creating a closed loop system that is not extractive is essential to having a company that is completely sustainable. There are also other areas of the strawberry supply chain that need to be improved. Once the fruit is inspected for quality it is wrapped up in plastic, put in a refrigerated truck, stored, and eventually distributed to 48 countries. This is where Driscoll’s gets points off, but it is not entirely their fault. Mass consumerism demands that all produce no matter the climate is available to the consumer. It is unnatural for strawberries to be supplied all year round all over the world. In order to achieve sustainability, Driscoll’s should have farms all over the world and only ship out locally when the produce is in season. Yes, it is nice to have strawberries in the winter, but the demand for year round produce forces Driscoll’s to produce outside of nature’s means.

The biggest scandal that Driscoll’s has ever faced was the accusation of employing children, ignoring sexual harassment claims, and paying $6 a day for 12-15 hours of work. When I found the hashtag #boycottdriscolls I hopped right on, and have not bought their produce for at least a year. However, I have determined that throughout out every level of the company these grievances have been addressed, and their are now rigorous standards in place that ensure that every worker is treated with dignity and respect. Driscoll’s only employs independent growers to produce their products. These independent growers range from small family farms to larger more industrial size farms. Since farms in different countries have their own set of labor laws, it is difficult to standardize labor practices. Many farmworkers in Mexico were not allowed to unionize because it was not required by the government, so Driscoll’s took on this burden personally and created its own set of labor standards that all of its growers are bound by. Additionally, Driscoll’s is now audited by a third party to assess whether the guidelines are being met, and there is on board training sessions that teach how to respect all farmworkers no matter their documentation status or background. Driscoll’s new goal is to have all of its fruit be fair trade certified. As of 2019, all of the produce coming out of Baja, California is fair trade, so complete fair trade certification is not out of reach. As we all know COVID-19 has had a detrimental impact on farm workers as they continue to produce food during a global pandemic. Since many farmworkers can not isolate in their homes, Driscoll’s has set up isolation facilities like hotels, and frequently provides pop-up clinics for all workers no matter their amount of healthcare coverage.