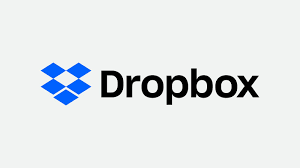 In general, I think Dropbox lacks a deep understanding and care about sustainability. Since last year, the company began to speak on this topic. This is progress, but it is not enough. Although the software itself is good, the company should have a better plan and truly take on the responsibilities it needs to take.

With the rapid development of computer technology today, cloud storage is a very popular choice. It not only allows one person to share files when logging in on multiple devices, but it also helps teams communicate with each other without any problems. Nowadays, Dropbox is one of the leaders in cloud storage software.
Here I will mainly focus on the application that can be installed on various computer systems, known as Dropbox: Cloud Storage, Backup.
I think that privacy policy is extremely important for cloud file storage software. Regardless of whether it is for individual or group users, the specific content of the file cannot be exposed. The official Dropbox website has a very detailed privacy policy, stating that the following information will be collected and used to optimize the service: account information (name, email, payment information, phone number, address, etc.), personal profile, contacts, device information, etc. Dropbox uses cookies to record and track user information. Although it will automatically collect personal information, if the purpose is limited to product planning, then I think it is acceptable, provided that this is indeed the case. However, in the past few years since the software was launched, Dropbox’s privacy policy has also made several mistakes, including the following incidents: users can log in without providing a password; users report spam from Dropbox in their mailbox, which is suspected of leaking personal information; company employees Easily obtain customer passwords; the deleted files reappear. In this regard, Dropbox still has a lot of room for improvement.
In terms of functionality, Dropbox has always been among the best in similar software. It provides 2G of cloud storage space for each registered user for free. If there is more demand, users can choose a package that suits them to recharge and enjoy better services. Reasonable price with comprehensive functions has won Dropbox a lot of compliments on major scoring sites. Personally, I don't like to use Dropbox very much, mainly in terms of functionality and cost-effectiveness, it is not as good as Google Drive (it provides users with 15G of free space, which is several times that of Dropbox). So if one wants a good experience, one almost always needs to spend money. Nevertheless, Dropbox is quite competitive in the same type of software, and it has continued to innovate in the past few years. It may not be fair to compare it with a huge company like Google. After all, Dropbox's main source of income is the package purchased by the customer. In general, it has everything needed for great software. Therefore, all in all, in terms of what this software is made of, I am willing to give it a not-bad score.

Initially, Dropbox was written entirely in Python and later changed to Go. The JavaScript that I used at the beginning has now been changed to CoffeeScript. Dropbox has been making conscious changes in this regard, trying to be concise while reducing consumption. In the beginning, Dropbox used Amazon Storage but later moved to hardware produced by their own company. This was a huge innovation at the time because few companies had the courage to break away from Amazon's huge cloud storage empire. Since 2017, Dropbox has invested in private networks to increase the speed of reading files. There is no doubt that Dropbox has brought convenience to many people. I personally believe that cloud sharing of files is an inevitable development of technology and the Internet. At the beginning, Dropbox had hundreds of thousands of lines of Python code, and it has been improving year by year. In this regard, I think it is commendable.

On August 4, 2020, Dropbox released its Sustainability goals for the next ten years on its home page, including the following: achieve carbon neutrality for scope 1, scope 2, and scope 3 business travel emissions; source 100% renewable energy for our operations, including our data centers; support organizations working for climate action; mobilize employees to use volunteer-time-off for environmental causes.
In 2018, Dropbox occupies one percent of the country's electricity, and this number is increasing year by year. Realizing this, Dropbox emphasized its plan to switch to renewable energy in 2030 in its statement last year.
Dropbox has never officially stated its plans for sustainability before. This blog in the 2020 statement is the first official statement. But this statement is relatively brief and lacks details. More importantly, I did not find evidence that Dropbox is currently practicing this statement. For example, they said they would support organizations related to environmental protection, but did not disclose what organizations they were, how they would support them, or the current progress. The terminology used in this statement is not commented, and many data have no source. I am not trying to prove that this statement is a lie, but it does lack truthfulness and persuasiveness. For companies of the size of Dropbox, I hope they have a complete summary of annual carbon emissions, electricity usage, efficiency, and various indicators for reference. Moreover, the statement only mentioned the 2030 plan and did not specify the small goals for each year, which makes it easy to think that they are just publicizing and bragging. Personally, I am rather disappointed. Not only is the data missing, but the specific plan is not practical. Dropbox does not serve as a role model.