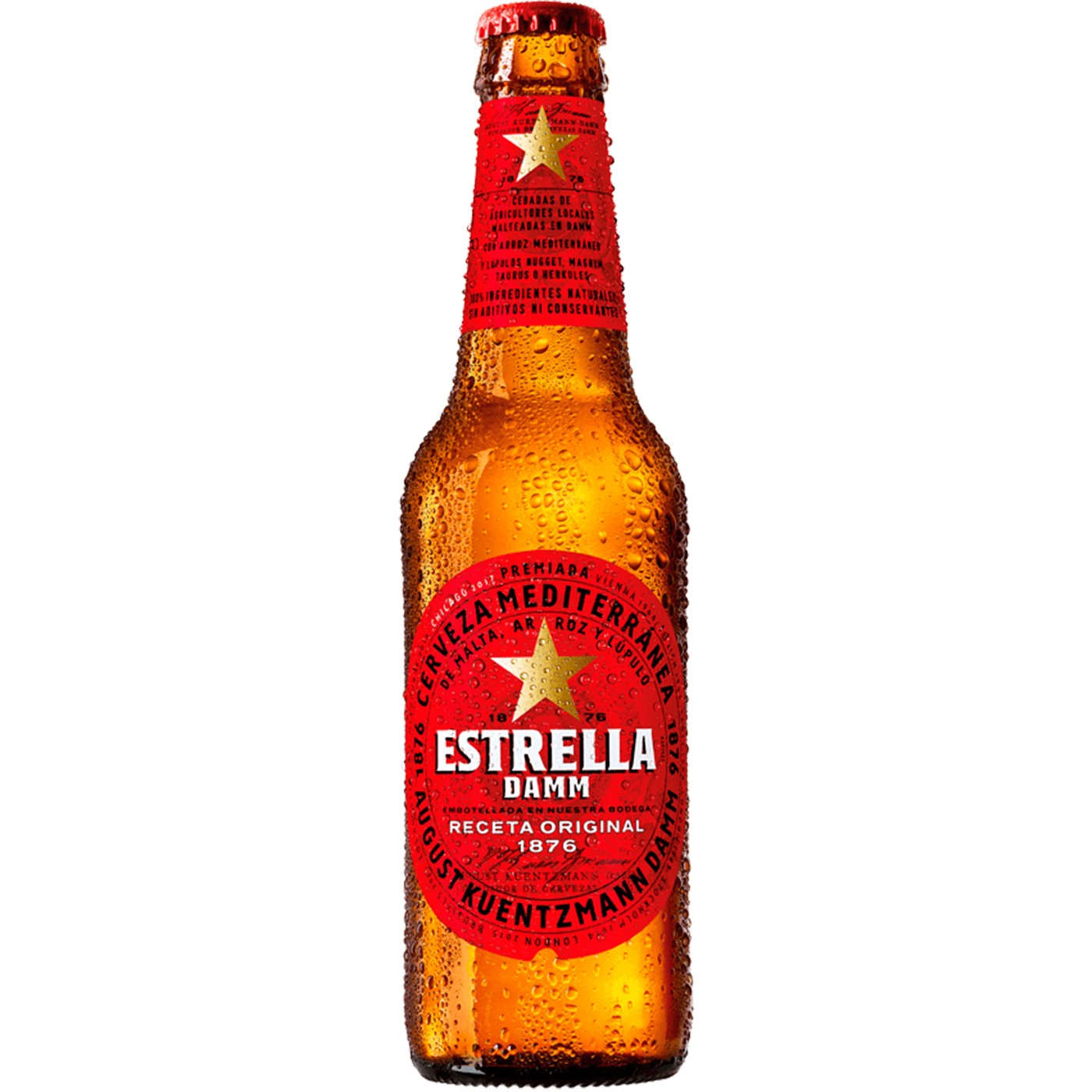 Estrella Damn the well-known premium lager producer based around Barcelona, Spain, is over 140 years old, and is both traditional as well as sustainability savvy. Estrella Damn was first developed by August Kuentzmann Damm, who emigrated from Alsace with his wife, fleeing the Franco-Prussian War. The couple then went on to take up their passion in life of brewing, developing the successful recipe they still use today. Estrella Damn offers great transparency of their production process which is uniquely presented in a monthly series on their website, detailing their methods from farming, to brewing and getting personal opinions of employees as well. They describe all their efforts so far in sustainability clearly and concisely. To name a few, over the last 10 years water consumption has been reduced by 34%, and they have been made community users of the delta del. The delta del is a part of the Ebro River, where their water is sourced. This is great to see, and is something they’re continuing to improve on, water is vital to the production process so utilising this local source reduces their impact on the environment. Not only this, since 2014 100% of the electricity used is “green certified”, by the European Environment Agency, meaning all the electricity is produced from natural and renewable sources. Resulting in CO2 emissions falling by 23,000 tonnes a year since then. They also engage in a series of efforts in regards to their buildings such as constructing them to utilise as much natural light as possible, replacing all old sodium lights with LED’s, building using “efficient materials”, and by utilising “smart” technology to operate their air conditioning and light usage across their site. By doing this they are ISO 14001 certified since 1991, identifying that they prioritise and manage environmental risks on a day-to-day basis. The only thing I’d like to see more of is their plans for the future, the transparency is great for what has been done so far, but I’d love to know what is coming, or is in the works.

Estrella Damn is made using only a few ingredients; Barley malt, rice, hops, water and yeast. All of their ingredients are 100% natural, meaning no additives or preservatives are used in the production process. Estrella Damn makes it clear they are proud of their product and care greatly for tradition. In fact, their yeast strain has been the same one for generations, with 3 back up strains stored in high security vaults in Barcelona, Valencia and London. Changing the yeast would change the flavour profile of the product and this something they want to protect, and that is something I respect, showing a great deal of care for the quality of their produce. I also really like that they have a “natural” focus on their ingredients which is good for the environment where their crops are grown and the people that consume their product. The product can be bought in glass bottles, cans, or in casks. Across this product range all of them are recyclable, and 65% of them are reusable. Having over half of what they produce being reusable has a huge effect on reducing landfill, and developing a circular economy, which is vital to a sustainable planet. They have over 349 recycling plants for reusing their empty containers where possible. Their move to fully recyclable products meant removing all plastics, and replacing it with 100% biodegradable carboard. Their carboard isn’t just biodegradable, it is sourced from a sustainably managed forest which is PEFC and FSC certified, confirming the sustainable management. Therefore, the final product is both recyclable and generally reusable. Additionally, during the production process any organic waste is repurposed as animal feed. In 2019 100,000 tonnes was provided, using 100% of their production waste to reach this volume of animal feed. For me Estrella Damn do a lot for sustainability, writing, and presenting their efforts well. After all of what they have to say about using 100% renewable energy, and their recyclable/reusable products, it would be interesting to know their carbon foot print as they are not carbon negative or neutral. This is something that Estrella Damn should look to do next, as well as begin transparent about their efforts to make that possible.

The original recipe is 140 years old, and starts with planting their hops, rice and barley. In the 12-month plan details of the timings of planting and harvesting are explained. They also include interesting information on how techniques such as ploughing help to fight pests without insecticides, or how using sisal rope, a fully biodegradable rope, is needed to grow hops due to them being a climbing plant. After their crops have grown, the first one to be harvested is barley. The barley, which is owned by Estrella damn, is brought to the malt house and is quality control checked. These checks involve assessing moisture levels, protein, and germination capacity, resulting in about 4% being rejected and being used as animal food. Quality is something maintained across their whole production process, from farming to bottling. The barley is then soaked for 24 hours in a soaking tank. After soaking its then drained and left for a further 5 days to germinate, so it can start the becoming malt. Malt is a germinated cereal grain. It is then dried, and toasted in the germination tanks. To do this the temperature is raised slowly up to 85 degrees Celsius. After this process it is now malt and is ready to be transported to the factory. Here it is combined and grinded up with rice, and heated to a range of different temperatures in water for over 8 hours. Then the yeast is added to begin fermentation, a process that takes 2 weeks. After this pasteurisation takes place, meaning delicately raising the temperature to 60 degrees Celsius. Estrella Damn boast that they use the “latest technology” when bottling, so that they can minimise oxidation and microbiological contamination, this means waste is minimised. In order to effectively do this there’s a multitude of other criteria that have to be met, such as the whole process taking place at 2-4 degrees Celsius, and that beer has to be poured down the side of the bottle to avoid waste. The beer is then capped and sent out for distribution. The beer can also be stored in cans and casks. This whole process to me is one that avoids waste, prioritises quality, and acknowledges the environment. This is because of how they utilise and reduce waste, using only renewable energy and offering services working towards a circular economy. It would be interesting to know what Estrella Damn’s plans for the future are, in regards to improving their current process. This is the major limiting factor for me, reducing they carbon emissions, and eventually becoming carbon negative is vital.

Estrella Damn is based in Spain this means that Spain’s strong worker protection rights are enforced for worker safety, well-being, a government sanctioned minimum wage, and job security. These, of course, are the minimum working conditions in Spain, which Estrella Damn exceed. Encouraging their staff to live healthy active lives, providing appropriate training, and team building experiences, going above and beyond what they have to. They emphasise having a workforce that is cared for, and one that is proud to work with them whether you are working the farms, or in the financial teams. On the website information, opinion, and quotes of staff from across their production process are used, which to me shows how they are interested in their team on an individual level. Everything in regards to production is done locally in Spain, which means a lower carbon foot print. Something that is a little more troublesome is that to meet demand around 100-120 trucks ship their beer a day. The emissions from this volume of shipping should be something Estrella Damn needs to tackle, possibly by utilising electric powered trucks. But in regards to how workers are treated, and that they don’t outsource and exploit people, they provide a good standard in the “who makes it” section. To improve, I’d like to see a little more transparency, such as making their code of conduct more easily accessible to consumers and signposting their plans for improvement.