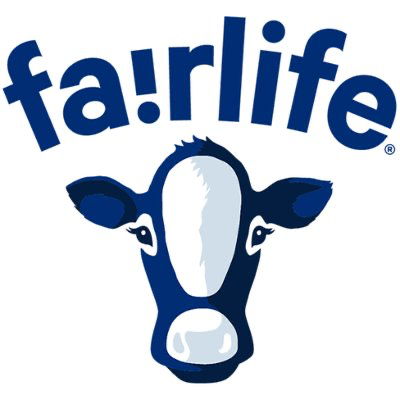 In 2019, a video was released that exposed Fairlife’s inhumane and abusive farming methods. I remember this vividly because everyone seemed to be talking about it. When the Fair Oaks scandal, which I’ll explain more in depth later, initially happened, many consumers, including myself, boycotted the brand and resorted to other lactose-free options, such as plant milk. I was surprised to see that Fairlife was still popular and growing as a brand after the video was released. Coca Cola was applauded for how they handled the Fair Oaks situation; however, I was most disappointed that Fairlife did not address the issue themselves. After Fairlife stopped sourcing from Fair Oaks, they implemented the Animal Welfare Advisory Council to regulate and oversee the supplying farms to ensure that animal abuse, like what happened at Fair Oaks, would never happen again. Although this is a step in the right direction, this council should have been created before 2019, so the Fair Oaks incident could be avoided completely. Since then, Fairlife has put into place other management practices, such as hiring a full-time Director of Animal Welfare and Sustainable Farming, Dr Marissa Hake, and completing random audits to check on the workers and animals within the factories. Although these are strides in the right direction, Fairlife is not a sustainable brand due to the lack of transparency and poor treatment of their animals and workers.

Fairlife 2% “milk” is made of 4 ingredients: Reduced Fat Ultra-Filtered Milk, Lactase Enzyme, Vitamin A Palmitate, and Vitamin D3. The real difference between regular milk and ultra filtered milk is that ultra filtered milk is passed through an additional membrane to filter out half of the water and half of the lactose, while keeping the protein. The milk is then diluted with water to the taste of the consumer (skim vs whole milk). Since only half of the lactose was removed, lactase is still added so the milk can be completely lactose free. Lactase is the enzyme that breaks down lactose so it can be digested easily. The bottles are made of PET plastic, which is 100% recyclable. However, this doesn't mean that the bottles will be recycled. Fairlife uses factory farms, which basically means that they minimize costs by using intensive agriculture and farming methods. Factory farms diminish the quality of life of the animals and can lead to the spread of disease and sickness. In general, the dairy industry is unsustainable, mostly because of the resources needed to grow the feed for the livestock and the methane emissions of the cows themselves (aka farts). Just because Fairlife products don't include lactose doesn't mean that any of these inhumane and unsustainable practices are avoided. Abuse and neglect is common for most dairy farms, especially for large scale companies, such as Fairlife. In my opinion, the only sustainable milk is plant milk because the farming is much less water and energy intensive than dairy farming.

Fairlife dairy processing takes place in Peterborough, Ontario, Coopersville (MI), Dexter(NM) and Phoenix(AZ). On their website, Fairlife boasts about all of the safeguards they have in place to ensure the safety of the livestock and workers. They implemented the Animal Welfare Advisory Council, “an independent council that consists of nationally and internationally recognized experts in animal welfare”. The Animal Welfare Advisory Council “allow cows to have a quality of life where their physical, mental, and behavioral well-being are accommodated and reflect our customers’ expectations of responsible farming, strong governance, and transparency”. I think that this is especially ironic, given the additional snooping I did into their farming practices. In 2019, a video was released of workers physically abusing animals at the Fair Oaks dairy farm, one of the farms that Fairlife sources from. Witnesses of the incident say that “calves were stabbed and beaten with steel rebars, hit in the mouth and face with hard plastic milking bottles, kneed in the spine, burned in the face with hot branding irons, subjected to extreme temperatures, provided with improper nutrition, and denied medical attention". Fairlife does not own any of the farms that they get their milk from, which reduces their ability to oversee and manage the production of their product. To give them some credit, Fairlife immediately stopped sourcing milk from Fair Oaks and conducted independent and third party audits of all of their other supplying farms. However, I was unable to find anything on the Fairlife website about the incident, but had to look on their parent company, Coca Cola’s, website to find any information. The Animal Welfare Advisory Council was also only officially implemented afterthe Fair Oaks abuse. Fairlife misleads their consumers by not being 100% transparent about the mistakes and decisions that have made, and instead fills pages with empty words about their commitment to animal welfare and rights.

I was unable to find any information about Fairlife labor practices anywhere on their website, which is definitely a red flag because most companies have at least one page on their workplace environment. Coca Cola, the parent company, has more information about their labor and career opportunities than Fairlife, but most of the information they provide is about their executive and leadership positions, not their factory or manufacturing workers. On the Fairlife website, they say, “for dairy cows, it’s about striving to provide a quality of life that not only incorporates basic health and safety needs, but also aims to minimize mental stress, accommodate natural behaviors, and avoid or minimize pain. For farmers and animal caretakers, it’s about valuing and demonstrating compassion and respect for the important role they play in caring for cows and ensuring that they in turn embody these core values in their daily care of animals”. This statement sounds inclusive and demonstrates compassion for their own workers and livestock, but based on the information that was withheld about Fair Oaks, I am forced to assume that these claims are untrue without any evidence.