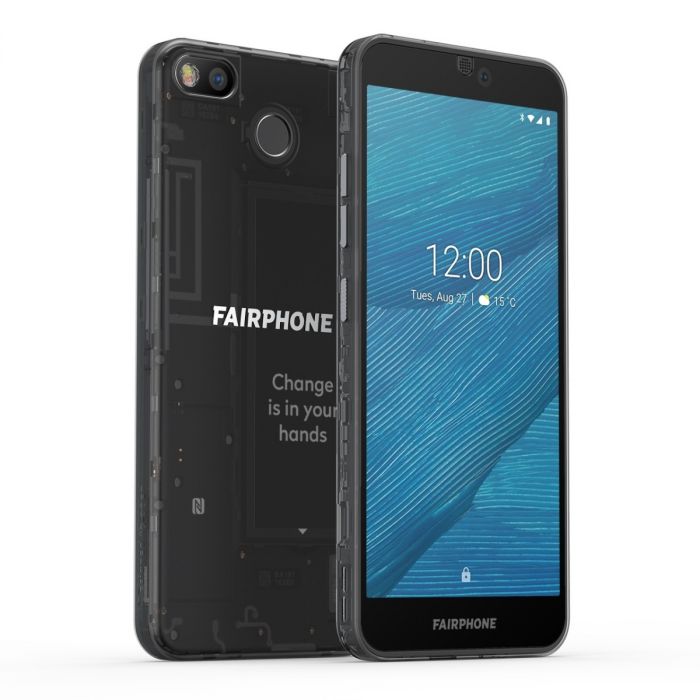 Fairphone differentiates itself from other smartphone producers by addressing the ethical and environmental issues associated with the electronics industry at every point in the supply chain. The company works to produce phones more ethically by sourcing conflict free minerals from high risk countries and avoiding partnerships with suppliers that rely on exploited labor. Fairphone produces phones more sustainably by using a modular design that makes their phones easier to repair and upgrade, thereby reducing the need for customers to replace their devices. The company is also practicing sustainability through its partnership with an e-waste recycling program, and plans to soon launch its own recycling program. Fairphone demonstrates a strong commitment to transparency. Curious consumers can easily learn how Fairphone is accomplishing its mission by reviewing the information available on fairphone.com. The company website provides a detailed explanation of the many steps it has taken to produce a fairer phone. This company is sustainable, especially in comparison to its industry peers. It could improve even further by sourcing all of its materials from fair trade sources, guaranteeing a living wage with a 40 hour workweek for workers on its production line, and increasing the percentage of recycled materials used in the production of Fairphone’s.

The Fairphone comes in similar packaging to an iphone, but the materials are biodegradable. It comes without a charging cable in order to reduce waste. In the cable’s place is a small screwdriver that Fairphone owners can use for repairs. The Fairphone 3, like all smartphones, requires many different minerals to produce. It is more difficult to source some of these minerals sustainably than others. The company has a recycling initiative, but it is unclear what percentage of the materials used in the production of their phones are recycled except for plastic, which is 9% recycled. The Fairphone website identifies minerals with the potential for supply chain improvement, but acknowledges that improving the supply chain of all of these minerals may not be feasible. All minerals used in the Fairphone 3 are conflict free, which means the firms supplying it do not rely on exploited labor or support terrorist groups. Common conflict minerals used in smartphone manufacturing include cobalt, tantalum, tin, and tungsten. Only Fairphone’s gold and cobalt are fair trade certified. Fair trade gold is a third party certifcation that applies to mineral sourcing. It helps artisinal small scale mines and holds suppliers to a standard of transparency and sustainable labor conditions. Fairphone is imperfect by its own admission, but it has made progress over time in the sourcing of its minerals, and will continue to improve as long as it remains committed to its stated goals.

The Fairphone’s modular design is one of its main selling points. This design means individual components can be replaced as they break or upgraded when they become obsolete. The Fairphone 3’s design has earned it a 10/10 repairability score from iFixit. This device has the potential to outlast competitors. This is an important element of Fairphone’s sustainabillity because it results in greatly reduced toxic waste from improperly discarded phones. It also reduces the environmental impact of mining resources used in phones. As Fairphone’s website states, there is nothing more sustainable than keeping the phone you have. The Fairphone 3 deserves a perfect score in this category because it is setting an example for an industry plagued by planned obsolescence. Unlike other smartphone companies that profit from overconsumption, Fairphone releases new models infrequently with the expectation that they will be in use for a long time. By creating a longer lasting product, Fairphone has prioritized sustainability over profits.

Fairphone began as a campaign to raise awareness of the use of conflict minerals in consumer electronics. Many companies no longer source their minerals from conflict areas such as Rwanda or the DRC, but this has negatively impacted the firms in these countries that do not rely on coerced labor. By tracking its entire supply chain, Fairphone is able to support firms in areas with a high risk of conflict without contributing to conflict.Fairphone now facilitates a living wage for employees working at the manufacturing facility in Suzhou, China where the Fairphone 3 is assembled. At an additional cost of 1.50 euros per phone, this initiative has a positive impact on the wellbeing of workers at little additional expense to the consumer. The whitepaper explaining Fairphone’s efforts to pay workers a living wage claims it is not currently possible to pay all workers in the factory living wage while living wage while limiting their hours to 40 a week, however. Given how low the additional cost per phone would be to do so, this claim appears to be questionable. It seems unlikely that Fairphone customers would balk at paying even an additional 10 euros for a Fairphone if it meant guaranteeing a more ethical supply chain. Despite there still being room for improvement, Fairphone’s attention to employee satisfaction and wellbeing still sets the company apart from competitors. It is also worth noting that if the other companies that Fairphone’s manufacturing partner was supplying made the same commitment to paying workers a living wage, they would be able to to do it while working 40 hours a week.