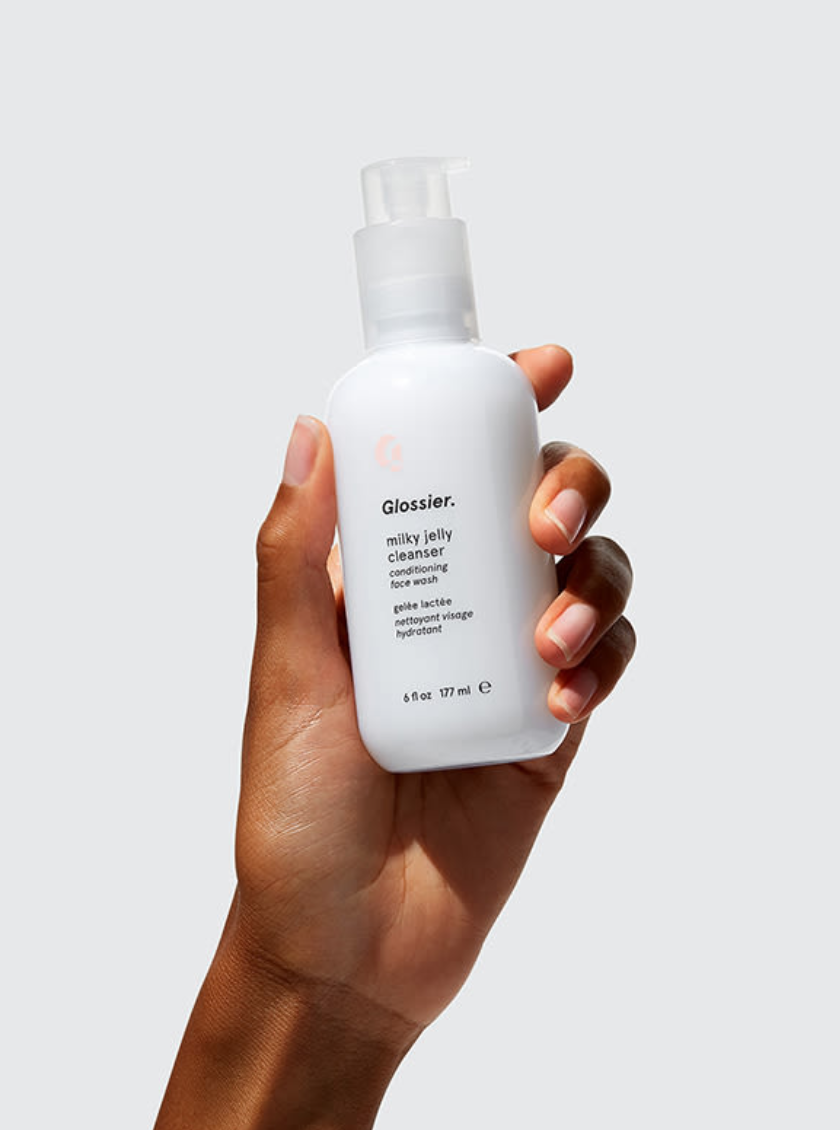 Overall, Glossier has made a conscious effort to try to be more sustainable, but they need to continue that journey and keep making changes. Putting their Code of Conduct on their website, and making their ingredients as environmentally friendly as possible is a step in the right direction. However, I’d love to see the brand say more about who specifically they source from, and how the products are put together. With a generally ‘clean’ ingredients list, packaging that’s not very environmentally conscious, and a thorough list of requirements for their suppliers, this product doesn’t seem to be the worst on the market, but I’m going to spend some time trying to find an alternative that is nicer to our planet. Glossier has taken steps towards a more responsible and sustainable brand, and we should commend them for that, but they also have some room to grow, and I’d love to see them do so.

Glossier’s Milky Jelly Cleanser has a lengthy ingredients list, and the third ingredient raises some questions. PEG-7 Glyceryl Cocoate is a PEG compound, which, depending on how it is manufactured, can contain ethylene oxide and 1,4-dioxane. These are respectively known and possible carcinogens, and although the company could remove 1,4-dioxane using vacuum stripping, as a consumer we don’t know if this process has been done or not. Additionally, 1,4-dioxane is persistent, and can remain in ecosystems for years. Another ingredient of concern is Sodium Acryloyldimethyltaurate Copolymer, as it contributes to microplastics. This ingredient is being added to Europe’s banned list of ingredients, and should be considered when looking at the sustainability of this cleanser. Overall, the rest of the ingredients do not pose any particular environmental or health hazard, and considering that there are 22 ingredients, Glossier is doing a decent job at limiting their use of environmentally degrading ingredients.

Glossier’s company as a whole strives for transparency, and has made many steps towards sustainability. They have a Code of Conduct that their suppliers and providers must maintain, and the CEO has also made a statement that is available on their website about their company’s commitment to sustainability. The specifics of how this product is made are not disclosed, but based on their Code of Conduct, as a consumer we can trust that it is ethically and justly sourced and produced, considering that they require all of their suppliers to adhere to a thorough Code of Conduct. Additionally, starting in 2019 the company gave consumers the choice to opt out of their pink bags, which anyone who has ordered from them knows are a classic Glossier staple. Giving the consumers the choice to reduce their contribution to plastics is a step in the right direction, and they also have take-back programs at all of their locations, but considering that the Milky Jelly Cleanser and many of their other products are still packaged in plastic, it doesn’t feel like enough. Although the packaging is recyclable, with such a small percentage of the items that we put into our recycling bins actually getting recycled, again, this isn’t enough.
Glossier could make the effort to switch to glass packaging, or at least use bioplastic. They could use the take-back program that they have in effect for the pink bags to also take the glass packaging back, and invest in cleaning and reusing these bottles. They’ve already switched the sources of their cardboard so that it now comes from 100% recycled sources, and they’re taking the steps to remove unnecessary liners from their boxes as well.

Founded by Emily Weiss, Nick Axelrod and Michael Harper in 2012, Glossier values transparency and consumer feedback. On their website, Glossier says that their products start with the consumer, and that they create the products you wish existed. Although the specifics of who makes the Milky Jelly Cleanser are not disclosed by Glossier, their Code of Conduct goes into detail on what their requirements for suppliers are. They claim that none of their products are made with underage or forced labor, that their ingredients are ethically and sustainably sourced, and that even their subcontractors follow their Code of Conduct to avoid letting these things slide through the cracks. Their entire brand is cruelty-free, and some of their products are vegan as well. The Code of Conduct covers all of the topics I would like it to, but with no way of verifying who their suppliers are, there’s no real credibility here. I’m skeptical in assuming that every bullet point in their list is met, but I do commend them for setting these intentions and making it known to their customers.