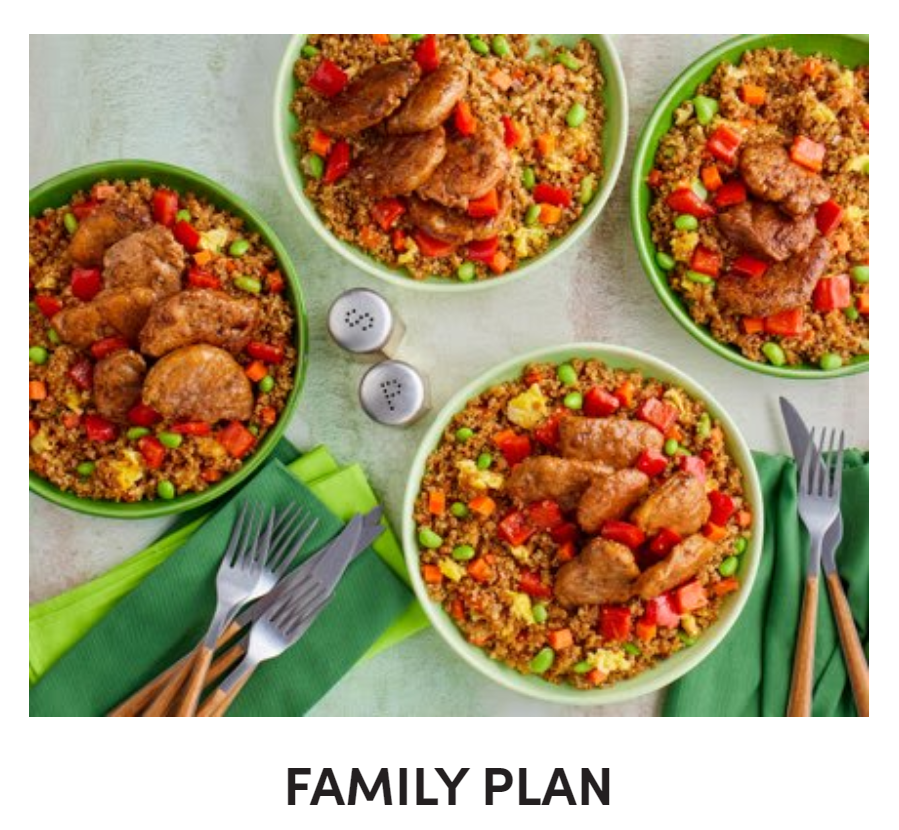 Overall, I am impressed by this company. There is definitely room for improvement and increased transparency. Also in general, they are focused on the environment but there is not as much commitment to accessibility and people. Compared to other similar brands and products this is the best one!

There is absolutely no information online about where Green Chef produces their packaging or their food. However, the packaging has really great communication on it which makes it much easier for the consumer to know how to recycle it. Also, Green Chef is a Certified Organic company which means that most of their food is produced in the U.S. and is organic. Therefore, in plant-based foods there is very little use of pesticides and in meat foods there is no use of hormones/antibiotics. Also, Organic means that there are no GMO’s5. In general, being organic is a very good certification but it doesn’t necessarily mean that the farms are completely sustainable (regenerative farming is an example of sustainable food production). Another important note is that Green Chef offers a lot of healthy meals and food that meats dietary restrictions such as gluten-free, vegan, and vegetarian which increasing the accessibility of their product. However, the meals are kind of expensive ($10.99) which means that most low-income people would not be able to afford it. This is a hard trade-off to judge because a lower price would mean they would not be able to meet as many standards. For example, meals at HelloFresh6 and BlueApron7, other meal kit brands, are both $7.49 but they do not meet the same sustainability standards as Green Chef. It would be wonderful, though, if Green Chef had an initiative to reach lower-income communities and poorer families. 1.0 planets are earned for the fact that their food is organic and accommodates many dietary restrictions. 0.5 planets are earned for the fact that Green Chef uses unique packaging that helps consumers easily recycle and 0.25 planets for the fact that they are much more sustainable than other meal kit companies. More planets could be earned if they were more transparent about where and how they produce their packaging and if they had initiative to reach less privileged communities.

On their website, green chef claims “You are doing something good for the planet with every box you get”. Their goal statement is “Green Chef takes pride in being the #1 Sustainable Meal Kit. Our commitment is to minimize environmental impact while creating a delicious home-cooked meal. Our meals produce less food waste than traditional grocery store meals, and we make sure more ocean-bound plastic is recycled than is in your box. Add on 100% carbon emission offset, and we are giving back more than we are taking.” This is a great goal but it is important to dig into the components of Green Chef’s values.

Carbon offsets: Green Chef claims to offset all of the carbon they produce (from shipping, operations, and travel). In general, the impact of carbon offsets can vary widely depending on how they are carried out. Green Chef gives little information about how much carbon their company produces nor how they offset their carbon. One of their partners is an organization called Terapass which has options for individuals, businesses, and events to buy carbon offsets so I’m assuming that this is how they offset their carbon. The money then goes to various projects around the United States. Currently Terrapass only has ten projects running including carbon capture (at landfills and abandoned facilities), river flow projects, green energy projects, and one farm technology project1. These projects seem somewhat environmentally impactful but there are only ten projects and they are relatively small which makes me skeptical about whether or not they reduce greenhouse gases by the same amount that individuals and businesses emit. This is why it would be good if Green Chef gave more information about their emissions and their connection to Terrapass (0.3 planets are earned because they have initiative but they definitely need more transparency. If they had done that, they may have been able to get 0.45 planets ).

‍
Plastic offsets: The same situation is true for plastic offsets where Green Chef doesn’t explain how they offset their plastic. They are partners with an organization called Plastic Bank which works to decrease ocean plastics so I am assuming again that this is how they offset their plastic2. Plastic Bank has a really cool system that’s equitable, and they seem transparent but Green Chef needs to have more info about their collaboration (0.35 planets are earned because Green Chef has a plastic offset goal but no transparency about how they are achieving that goal. If they had done that, they may have been able to get 0.45 planets ).

‍
Carbon Footprint: Green Chef claims “Our carbon footprint is 25% lower than that of meals made from store-bought groceries, thanks to our pre-portioned ingredients and streamlined supply chain, according to a study by the University of Michigan (April 2019)”. They cite a study from the University of Michigan3  but don’t provide a link to the study. I found the study and looked into it and it turns out the study is not specific to Green Chef at all. The University of Michigan actually reviewed the company called Blue Apron, another meal shipping company but Green Chef phrases it as if it is specific to them. Overall, the study found that grocery meals produce 33% more carbon emissions than shipped meal kits which mainly came from supply chain differences, refrigeration differences, and last-mile emission differences. Interestingly, the study also found that meal kits have more packaging than grocery store meals4. Overall, Green Chef states a general fact, acts as if its specific to their company, and then provides no additional information which indicates to me that is it is slightly baseless and borderline greenwashing (0.2 planets are earned for the fact that meal kits do create less carbon emissions in general. However, up to 0.45 planets could have been earned if they had research specific to their company or were more transparent about that fact).

‍
Food Waste: Green Chef aims to reduce food waste by providing pre-proportioned meals. This is a tangible goal and their product fulfills it (0.3/0.3 planets are earned for this commitment).

‍
Communication/packaging: Another Green Chef goal is to have recyclable packaging except for when it is not possible due to food standards. Their packaging is sustainable relative to most brand’s packaging. Also, they have a unique technology called ClimaCell which is a more sustainable replacement for styrofoam. All packaging can constantly be improved upon but they seem to be making a considerable effort to create and use sustainable packaging. Also their packaging has great visuals that help users know how to recycle it (0.45/0.45 Planets are earned for this commitment and follow-through).

‍
Animal Welfare: Green Chef commits to animal well-being. They state, “Our proteins come from animals that have been raised with high animal welfare standards.” Aside from making this claim, they give no other information about what ‘high standards’ mean or where they source their protein or what conditions their animals are under. They are USDA Certified Organic which means they have to meet certain animal standards such as free grazing abilities. (0.3 planets are earned here because there is no transparency about the efforts of this goal/commitment but they are organic. There would have been an option for 0.45 planets ).

‍
Another Point of Improvement: Green Chef has a great amount of environmental goals but I would have also liked to see efforts or commitments to people’s livelihoods as well since that is a large portion of sustainability. This is especially important for production by farmers since farmers have very little power (no extra planets are earned although if they made a valid initiative, this could result in more planets. there was the possibility of 0.45 Planets).

‍
Overview: Overall, some of Green Chef’s sustainability goals are progressive and valiant effort in those areas can be seen. However, a couple of their goals, such as ‘animal welfare’ and ‘lower carbon footprint’ are baseless because the company fails to be transparent about how they are working to fulfill those goals. They could also be a lot more specific and transparent about about their commitment to offset their plastic and carbon because this is a really bold and important goal so it would be great to see how they specifically follow through. This company’s planet rating could be a lot higher if they were generally more transparent about their efforts. However, they got 1.9 planets which is still a pretty good rating.

All quotes in this review come from Green Chef’s website: https://www.greenchef.com/menus/family-plan