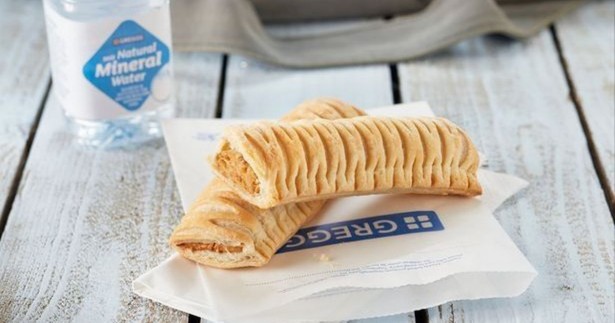 Probably one of Gregg’s greatest decisions was introducing the vegan sausage roll. Its introduction alone in 2019 contributed to a 13.5 percentage increase in sales, and its massive popularity finally allowed the company to become a billion-pound bakery. When the vegan sausage roll arrived at store shelves there was a public and media frenzy and they were sold out regularly. One of the most important realisations of many meat-eaters and plant-based individuals alike was that the vegan sausage roll was pretty much indistinguishable from the original version. I think this is so so important overall. By producing a more sustainable product that is also meat free and cheap (!!), as it only costs 1 pound, Greggs was able to supply an extremely affordable and an easy alternative for those wishing to try/experiment with meat alternatives. This was a great way to shed light on how easy reducing one’s meat intake could be, but also the vast array of alternatives, while encouraging investment in other meat free more sustainable options within Greggs and other bakery chains throughout the UK. Greggs does have to do a lot of work in achieving its sustainability goals and the rest of its lines do contain products with less sustainable ingredients. However, the bottom line when looking at the vegan sausage roll itself (especially when compared to the classic Greggs sausage roll) is that is is better for the environment and for your health to opt for the vegan sausage roll. Although not necessarily the healthiest snack, it is preferable to meat version, while tasting extremely similar, and the planet will thank you.

The vegan sausage roll tastes extremely similar to Gregg’s classic sausage roll, however contains absolutely no animal products. This is an amazing development as the production is much more sustainable and Greggs has created an extremely accessible plant based, meat free option. To create the meat-like flavour and texture, the primary ingredient of Quorn’s special sausage recipe for Greggs is Mycoprotein. Mycoprotein is created from a type of mould called Fusarium venenatum strain PTA-2684. It is very high in protein and fiber, it is low in fat, cholesterol, sodium and sugar. Studies have also shown that introducing mycoprotein into ones diet as a meat substitute can actually help the maintenance of healthy cholesterol, glucose and insulin levels, encourage muscle synthesis and increase satiety. Usually, eggs are used to bind the mycoprotein, however, to make the product vegan Greggs instead uses potato starch as a binding ingredient. This is another strong suit of this product, as it does not rely on the poultry or livestock industries.

Another extremely important ingredient is the sausage seasoning. Although Greggs will not disclose their secret seasoning formula to keep their unique product brand competitive, the same ‘unique blend of herbs and spices’ from the famous meat sausage roll is used in the vegan version, creating an extremely similar (almost indistinguishable taste). This is really important in creating a very familiar and recognisable product which is attractive especially to fans of Greggs normal sausage roll. Unfortunately, Quorn sausage rolls, such as the ones made by Greggs also contain palm oil. This is really disappointing, as despite the RSPO certification for sustainability palm oil production is responsible for biodiversity loss and deforestation in the global south.
It is also important to compare the macronutrients and nutritional information. Surprisingly the vegan sausage roll is actually a much better protein source than the normal meat version - despite being 25 or so calories less at 312 kcal, it contains 12 grams of protein compared to 9.4 in the meat version, as well as 4 grams less of fat, 3.3 grams less of saturates. Despite neither option being necessarily ‘healthy’ - for example one sausage roll containing 25% of an individual's daily recommended fat values, the vegan option is actually a healthier and more filling option!

I think it is so important to commend Greggs for working with Quorn to produce and more importantly popularise a sausage roll imitation product which is very innovative and relatively sustainable! To create the meat like sausage initially quorn has to produce mycoprotein, which is created by fermenting fungi spores song with oxygen, nitrogen, glucose, and minerals. After fermenting it is then dried, and it results in a doughy product, which has a texture similar to meat that is high in protein and in fiber. Although creating meat from fungal spores may not sound very appetising, the product is very tasty, a very realistic imitation meat, and free of animal cruelty. Additionally, when compared to the process of creating real sausages or even different meat analogues, using mycoprotein reduces the water usage and emissions created, notably so because it boasts the lowest land usage figures when compared to both meat products as well as meat analogues as it isn’t farmed, but simply fermented. This therefore has a lower impact on biodiversity loss and deforestation.
Additionally, it is created in Quorn’s factory, the largest meat alternative factory globally which has brought down significantly the emissions per tonne of food produced, which they have already reduced by 35% since 2012.

While Greggs sells the sausages, they are actually made by the plant based meat-analogue company Quorn, who in turn is owned by Monde Nissin Corporation.
Primarily Greggs has committed to a series of environmental and sustainability goals through their Net Zero Taskforce.
They have introduced Photovoltaic roof systems on ten of their bakeries so far, which is a great step towards renewable energy.
Furthermore, they have already cut 350 tonnes of single-use plastics from throughout the bakery’s operations in 2019, however they aim to take this a step further and by 2025 eliminate all single use plastic. This has commenced by swapping plastic bags and for paper bags, packaging for cardboard, and plastic cutlery for sustainable wooden cutlery. Although these are important steps forward, they still continue to great amounts of waste, albeit more biodegradable waste.
Another amazing initiative is donating uneaten food to the Food Donation Programme.
Furthermore, Greggs discloses its GHG emissions through the Carbon Discloure Project annually, which is an important step for accountability and transparency.
Their net carbon footprint in 2019 was 95,962 tonnes of carbon dioxide and equivalent gases (CO2e), thus representing 82.54 tonnes of CO2e per million pound financial turnover. As such, this represents a 17% improvement on the result from the year before, and set them on track to achieve 10% carbon reduction by 2020. They received a C rating by the Carbon Disclosure Project in 2019, and are also accredited by the Carbon Trust Standard to recognise their work. It is fantastic that Greggs is recognising the importance of sustainability and taking really important pledges, however need to be accelerating this change into a closer and more challenging time frame than by 1940. Their goals need to be more ambitious.
Additionally, Quorn has done commendable work for sustainability especially as they are a firm which only produces meat imitations. They do use eggs in some of their products, but apart from that their general production processes are generally more sustainable, using much yes land, water and other inputs.
Unfourtunately, there is little information available about the practices and their ownership by the Monde Nissin Corporation, a Filipino brand. They do, however, own another meat-free brand called Cauldron which makes vegan and vegetarian sausages, as well as tofu and falafel. It is commendable to note that Cauldron’s soya is sourced in Canada, China and Europe, is produced using more sustainable practices than in Brazil and America, as well as being organic and non-GM. This does suggest that Monde Nissin does incorporate important sustainability goals into their work.