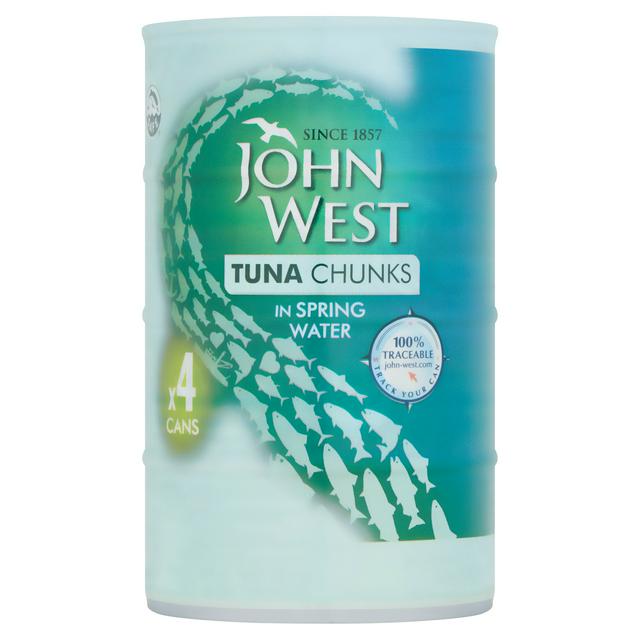 John West makes various claims about sourcing responsibly and fishing sustainably, however, when held accountable for problems such as how they are dealing with bycatch and overfishing, they detach themselves from the blame, claiming they do not own or operate any of the fishing vessels. John West has performed very low for sustainability planets because there is very little that can be considered sustainable in this industry, if at all. A reasonable measure that consumers can take to preserve our oceans is to reduce or eliminate their fish consumption or follow a plant-based diet. By decreasing our demand for fish, supply will adjust accordingly and overall, limit overfishing. I ultimately believe that one of the main problems with the tuna industry is that people are misinformed, rather than being wholly ignorant. The problem does not lie amongst small-scale local fisheries, but instead with large government-sponsored industrial fishing that takes part in unsustainable fishing practices.

John West tuna cans contain tuna, water, and salt. 93% of their tuna products are Skipjack, and the remaining 7% are Tongol tuna. Skipjack is one of the most abundant tuna species, and according to NOAA fisheries, they are not currently being overfished and are not as threatened as Yellowfin or Albacore tuna. Tuna is extremely nutritious; it is a healthy source of protein, a source of omega-3 fatty acids, and vitamin B12. Overall, there are a variety of health benefits associated with eating tuna, such as the lowered risk of heart disease.

The tuna is packaged in aluminum cans, a material that is widely recycled after it is washed with soap (very important to wash the cans before recycling!). Since the cans can be recycled endlessly, it saves energy, natural resources and reduces the pressure in landfills. John West claims their tuna is sourced from Seychelles, Ghana, and Portugal, however, most are in fact sourced from John West’s parent company, Thai Union, in the Samut Sakhon region in Thailand. After many controversies in 2011, John West increased their transparency to consumers through a “Can tracker” on their website, which allows consumers to track the exact source of the tuna that was in their can. However, cans that are sourced from Thailand are not provided with tracking.

John West is very vague about the fishing methods used to catch their tuna. Across their website, they argue that they do not own or operate any of the fishing vessels as their tuna is sourced from fisheries across the world.
Their website mentions that one of their fishing methods includes pole and line, however, they do not go into detail beyond this. Globally, pole and line make up only 10% of all tuna caught, therefore it is likely that John West engages in other fishing methods such as purse seining and bottom trawling. The method in which the tuna is caught is ultimately what is negatively impacting our Earth the most. For example, bottom trawling involves towing a large fishnet across the seafloor. Every year, 3.9 billion acres of the sea bed are destroyed by bottom trawling. Sea corals, turtles, and young fish can unintentionally be caught in the net with this fishing method. Purse seining uses a net in open oceans to target and enclose large schools of tuna. It has no contact with the seabed like bottom trawling, however, this fishing method is also detrimental as it can also result in large bycatch numbers. A study has estimated that 40% of all marine life caught is thrown overboard as bycatch. This is incredibly wasteful and harmful to our ecosystems.

The John West brand is owned by the Thai Union Group, a global company based in Thailand. John West claims to sell “responsibly sourced” tuna, and work with “responsible operations'' and “safe and legal labor”. However, the Thai Union Group is the largest canned tuna producer and exporter in the world and owns tuna processing facilities, fisheries in Western Africa, and shrimp farms. 98% of the tuna Thai Union sells involves environmentally destructive methods (such as bottom trawling) however John West has carried on with business as usual, choosing profits over ocean preservation. Thai Union has been linked with multiple labor rights waves of abuse and human trafficking as seafood products sourced from Thailand are likely to have been caught with forced labor. Sea slavery is an ongoing problem and those involved face horrific conditions and violence, such as starvation and murder. I’m shocked to discover this kind of abuse is present in the fishing industry and John West is sourcing their tuna from this supply chain. Despite governments knowing there is a severe problem, little action is taken to prevent this from happening further. It almost seems as if John West and the Thai government are deliberately ignoring this problem. It must be noted that consumers should not only consider how sustainably their fish was sourced but the labor treatment and safety conditions that are present on the boats and in the processing factories.

The Marine Stewardship Council (MSC) is an international certification for sustainable seafood. Its logo is designed to shift consumers away from choosing unsustainable seafood. Even though John West tuna is certified as ‘sustainable’ by the MSC, the certification in itself is a form of bluewashing. The MSC came under severe criticism in the past, however, these have resurfaced again after the release of Netflix’s documentary ‘Seaspiracy’. Firstly, the MSC certifies fishing boats that dredge the ocean floor. Dredging the topsoils of the sea bed is incredibly harmful to the marine environment, and is an unsustainable fishing practice as it is destroying a delicate ecosystem, which is unlikely to recover rapidly. John West’s response to dredging has been: “Quite simply, there is no long enough pole and line tuna available to meet global demand ... we have found it extremely difficult to increase the proportion of John West pole and line tuna that we can provide".

The MSC also allows certification for fishing boats that have a high bycatch, which could include endangered and vulnerable populations. It is very difficult to monitor activities on fishing boats, and even in cases where boats are limiting the catch of their target fish, the bycatch causes the entire operation to be unsustainable because of how dependent each species is on one another. John West themselves claim they are not directly involved with limiting bycatch as they do not “own or operate any fishing vessels”. They say they are “committed to sourcing responsibly”, however, I am unsure how they can put forward this claim when they do not operate the fishing vessels. This highlights the fact that there is not enough oversight and liability, and it is difficult to trust information in the form of a label. The MSC is a problematic eco-label, which is misleading consumers and solely used as a marketing scheme. Eco-labelling can be an effective mechanism for accountability, however, it depends on the certification process and whether there are active follow-ups.