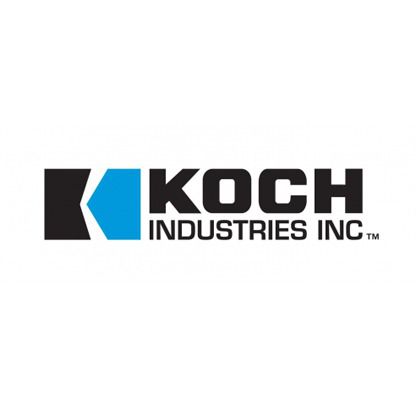 The crimes committed by the Koch brothers and the rest of their lineage is downright despicable. In my reviews, I try and highlight some of the good things a company is doing to show that not everything firms do is negative and that many have the potential to be sustainable. Nearly every company can forge a sustainable path with the right changes, as demonstrated by companies like Danish energy provider Orsted, which I reviewed recently. Koch Industries is not one of those companies. The Koch brothers founded a company deeply rooted in lies, deceit, corruption, exploitation, and malice. It is my belief that Charles Koch and the rest of the executives at Koch Industries should face severe legal repercussions for their heinous actions.


When I first started reviewing Koch I was shocked by the level of transparency the company portrayed on its website. Everything in terms of sustainability seemed to be covered, but my intuition told me there was more than meets the eye with Koch. I decided to fact check the information Koch was providing with multiple independent sources. What I found was that Koch Industries was the only organization that seemed to think that Koch was making a benevolent impact on the world. The company has paid nearly a billion dollars in fines in the past 20 years, and likely contributed much more to cover up other fraudulent activities. As a private company, Koch is not required to disclose much information to the public regarding its operations, but transparency is desperately needed. Koch is the largest private company in the US, and has been allowed to get away with too much for too long. A lawyer of Koch is even quoted as saying that the company could never go public because this transition would land the entire executive suite of Koch in jail. I will cover as much as I can in this review, but I highly encourage you to visit the sources below to learn more about Koch Industries and conduct additional research on your own. Awareness needs to be spread about Koch Industries so that the company’s horrific practices can finally come to an end.

Koch Industries touches nearly all sectors of the economy, and exerts substantial influence on every industry it maintains a presence in. From cargo and oil to crypto and agriculture, Koch has done harm in just about every way imaginable. The company proudly boasts that it is the fifth largest ethanol producer in the United States and considers this form of energy sustainable. Meanwhile, the company spends millions of dollars in attempts to block solar initiatives across the country wherever they arise. Solar has its flaws, but it is leaps and bounds more sustainable than ethanol. This blatantly sad attempt at greenwashing is fooling no one. Ethanol may be derived from biomass, but its production produces side effects that harm the environment and take up large quantities of agricultural space. In addition to the plants used in ethanol production, Koch holds tens of thousands of acres of land devoted to raising cattle. Industrial farming is a huge issue in itself, and Koch is only further contributing to the problem. I did not come across information regarding specifics on the cattle farms of Koch, but it is unlikely that these farms are held to strict health, safety, and animal cruelty standards given the intrinsically deceitful nature of the company. Koch also is the proud owner of Dixie paper products, which kill the environment throughout their short life cycle. The chemicals used in production harm local ecosystems, and may harm you as well. The synthetic soak proof shield on Dixie products is proprietary, but never fear, Koch assures you that it is FDA certified food safe. Koch may be one of the few organizations I trust less than the FDA, and I would not put it past them to throw some money toward receiving a phony certification.

Between the manufacturing facility and your household, Dixie products sit on store shelves wrapped in plastic with a miniscule chance of being reused, repurposed, or recycled in any way. Koch also plays a part in the distribution of toxic chemicals, transporting billions of barrels of petroleum and other chemicals every year. The company is even involved in the export of materials that are banned in the United States. Koch produces petroleum coke, petcoke for short, in the United States before exporting it elsewhere. Countries like Canada and Mexico accept the dangerous substance because of more relaxed energy regulation laws. Petcoke is as hazardous to produce as it is to use. Neighborhoods that have petcoke production facilities face severe safety consequences. Two environmental groups in Chicago even filed a lawsuit against Koch for covering a low-income area in toxic black dust. Koch claims to support the futures of underrepresented and low-income individuals, but this sort of evidence shows just how hypocritical the company is willing to be.

Koch Industries has zero regard for the implications of its processes, as shown by the nearly billion dollars of fines it has paid out over the past two decades. To a company like Koch, this is merely a cost of doing business, an expense that can be routinely accounted for in the income statement. As a result, Koch is one of only three companies ranked among the top polluters of air, water, and climate. Its pollution footprint is greater than oil titans like Chevron and Shell. In a single Koch owned facility in Texas, two billion pounds of petrochemicals are manufactured each year. The company is also a strong proponent of fracking, despite what its website says about efforts to implement ethanol fuels. Koch has numerous cases of detrimental fracking and groundwater contamination across the United States, and is the perpetrator behind the largest civil fine ever under a federal environmental law, resulting from hundreds of oil spills. This fine was issued by the US Environmental Protection Agency (EPA), which ten years after the incident began applauding Koch and its environmental initiatives. Koch is now consistently ranked annually by the EPA as one of the most progressive companies in the nation in terms of pollution reduction initiatives, even grabbing the number one spot in some years. I do not have any evidence to back this up, but given Koch’s track record it seems like a bit of bribery might be going on here.

Koch Industries’ diversification is key to hiding its real impact on our planet and society. Koch-owned companies aid in the trade, transport, refinement, and processing of fossil fuels. Koch plays a conveniently incognito role in essentially every level of the value chain, so that by the time the final product or service is realized, the Koch brand is vastly disconnected from it. Textiles, meat, glass, pillows, roads, beverages, medical technologies, smartphone components - all of these everyday products have Koch Industry origins, origins that have proven inimical to our future.

I would like to highlight Koch Industries DEI initiatives at the corporate level as the one good thing about this awful company, but to do so would be a crime in itself. Koch promotes the concept of “self-actualization” across its website, in which employees can climb the ranks and find a position that aligns with their passions. The company does provide real examples of a few employees who have fulfilled this mission at Koch, but has also shelled out millions of dollars for numerous violations of employee health & safety and employment discrimination. As mentioned previously, Koch also has no regard for the labor provided to manufacture its toxic products. The company strategically places its production facilities in low-income areas where it can exploit workers without worrying about being sued. In Alaska, for example, Koch was found guilty of several environmental infractions and obligated to pay for the contamination of groundwater its refinery had caused. Rather than face the consequences, the company decided to simply close up shop and move out, letting their toxic sludge sit helpless along with the freshly unemployed former Koch employees. This is one of many instances Koch has put profits before people and planet. Koch truly is the unseen elephant in the room, well-known by the people it exploits and hidden from the consumers who support it. I expect nothing less from a company founded by Charles Koch, whose father owned refineries supplying the likes of both Hitler and Stalin in the 20th century. There needs to be greater awareness of the atrocities committed by Koch Industries, and justice brought to Charles Koch and his posse of thoroughly rotten executives.