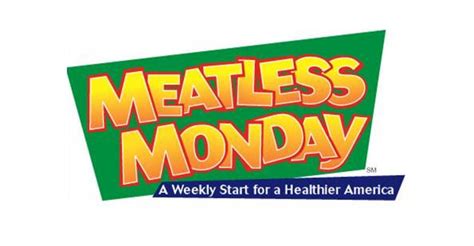 It has been estimated that approximately 14.5% of global GHGs can be attributed to the livestock sector annually, amounting to over 7 Giga-tons of CO 2 -equivalent. Reducing our meat consumption is very easy way to reduce our carbon footprint, more so than recycling which is thought to be the most impactful. Reduced meat consumption may address a host of other environmental challenges outside of global warming and GHGs, including land degradation, biodiversity loss, and water scarcity, among others.

Meatless Monday is an international movement that advocates for one day a week without meat. Since 2003, Meatless Monday has been approaching school districts, hospitals, and communities to transition their meal plans to cut out meat once a week and establish a full day of vegetarian dishes. This movement aims to reduce the carbon foots prints of social groups as well as bolster more nutritious weekday meals in work or school environments. The movement currently has roots in over 40 countries and has been adapted to over 22 languages. It’s beautiful in theory; however upon further research, the Mondays this movement advocates for are often not meatless in actuality. Although, providing vegetarian alternatives is an important start, the movement is not nearly as progressive as it sounds.

Meatless Monday is a social movement that materializes in a variety of formats such as organizations, programs, resolutions, challenges and campaigns. In the United States, Meatless Monday is the primary organization that encourages social groups to decrease the amount of meat they consume weekly, but each country has its own independent NGO that leads the charge.
Some of Meatless Monday’s programs are truly successful; Meatless Monday transitioned the New York City Public School system, which includes 1.1 million children, to a 10 Year Food Policy Plan that includes Meatless Mondays. In 2019, Meatless Mondays were instituted in NYC Health + Hospitals, as well as the the NYC Department of Corrections. Upon further research I found that these groups provided a vegetarian food option on Mondays, rather than remove all meat from the menu. One cannot deny that creating vegetarian options is an important first step but whether or not this actually decreased the amount of meat these social groups consumed is hard to determine. NYC Food Policy stated that they would transition to plant-based alternatives to replace meats but they did not state when or how. Cities such as NYC have passed a Meatless Monday Resolution that only “encourages individuals and public and private institutions to try and provide plant-based options for their health and the environment, especially on Mondays.” Meatless Monday “resolutions”, “campaigns” and “challenges” do not ensure that meat will not be served and consumed on Mondays. It most likely ensures that there are additional vegetarian dishes served on Monday.

In New York Schools, the school system served grilled cheeses and beans on Meatless Mondays, angering some parents and nutritionists who felt that this was not a well-balanced alternative to their normal school lunches. This calls into question the de facto nutritional and financial adjustments made for Meatless Mondays. How nutritious and satiating are the alternatives and are they cost-neutral?

Brandeis’ Sustainability Committee, Sodexo and a local restaurant collaborated to create Meatless Mondays on campus and it was successful. Often institutions alone do not know how to create alternatives or advertise them. Meatless Monday programs often include multiple social entities that work together.

Meatless Monday first appeared during World War I when America was experiencing food shortages and encouraged the populous to not consume meat one day a week. Currently, Meatless Monday’s temporal element is based on the “Fresh Start Effect.” This phenomenon states that individuals are more likely to take part in aspirational behaviors at the start of the work week.

Meatless Monday campaigns encourage collective action and collective consumer choices rather than relying on the motivation of individuals to, in this scenario, pack a lunch if they want to participate. In this way, Meatless Monday makes it much easier to participate in more sustainable and healthy behaviors. It also creates the possibility of an emergent social norms in which sustainable choices are not only available but regular and characteristic of the communities. According to a large study done by Stephen Mattson from The Ohio State University, he observed that individuals who were exposed to the concept of Meatless Monday via a flyer or internet post saw no increase in participation in Meatless Monday compared to those who were not, meanwhile programs within institutions have seen success with meat consumption reduction.

Meatless Monday provide a significant amount of bulk recipes, operational guides, and plant-based nutrition/meals approved for K-12 schools. Additionally, Meatless Monday has educational materials that explain the importance of vegetables and plant based foods to the human body and the environment. They state that creating a Meatless Monday has 4 steps: 1. provide one plant-based option on Monday (they state you do not have to remove meat from the menu), 2. Promote the plant-based options to customers, 3. Educate employees and customers about the physical and environmental benefits of plant-based diets , 4. Track the sales and quantify the benefit of Meatless Mondays. Because their initiative is 2-fold it captures a larger demographic: those concerned about the environment and those concerned about their health. A recent nationally-representative survey of US adults found that the most commonly cited reasons for reducing meat consumption were cost and health, whereas environmental and animal welfare reasons were less influential (Neff, Edwards, & Palmer, 2018). In order to appeal to health conscious people, the vegetarian options must be healthy and advertised as such. As exemplified above with the New York School System, this is not always the case.

The Meatless Monday campaign was created in 2003 by Sid Lerner, the Founder of The Monday Campaigns, in association with the Johns Hopkins Center for a Livable Future. Meatless Monday provides free resources, guides, marketing materials and recipes to groups that interested in taking initiative. They do not enforce any type of policy or diets, they merely encourage and support groups that would like to reduce the amount of meat they consume. The movement has spread globally. It consists of pilot organizations, usually named Meatless Monday in the country’s lingua franca. These organizations promote the concept but institutions, communities, and municipalities are actually responsible for changing the weekly diet and developing alternative options. This makes it hard to interpret the success of the Meatless Monday movement as a whole in terms of meat consumption reduction. However, providing meatless options in social settings makes it much easier for individuals to consume more sustainably.