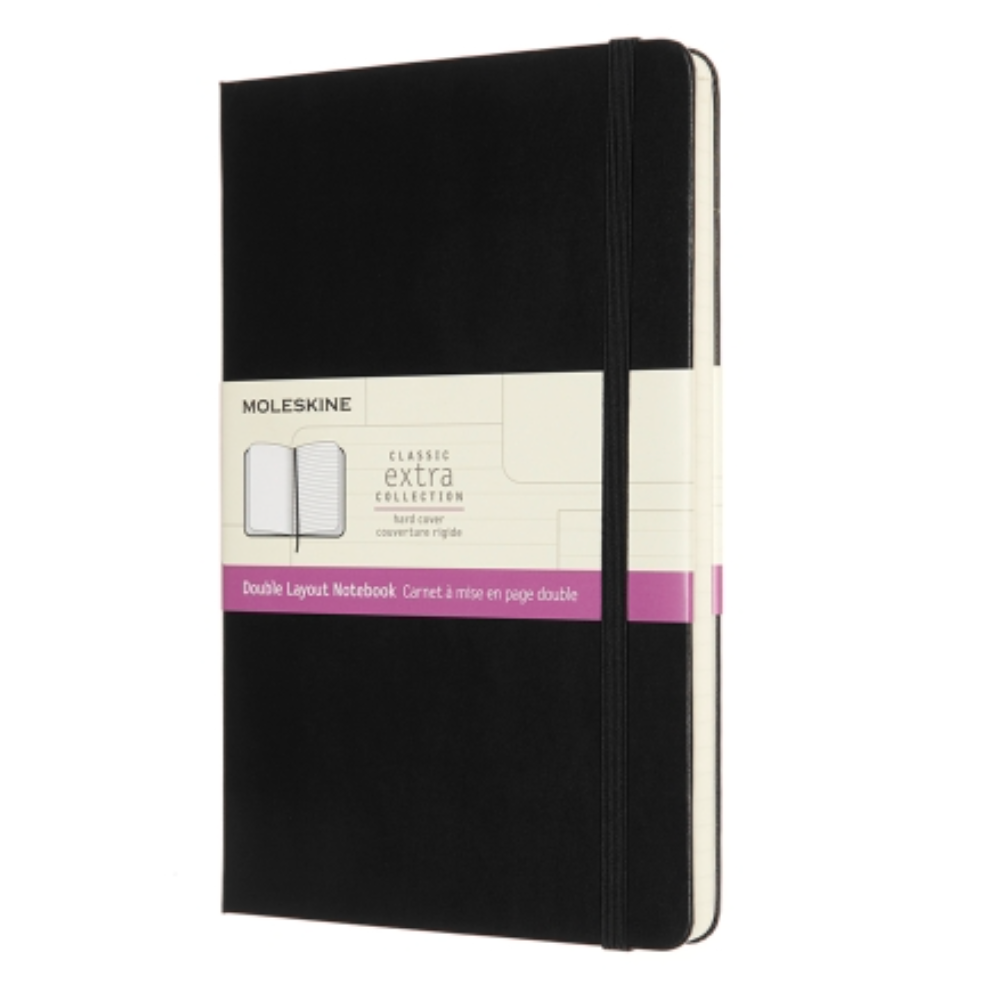 Something to consider is that Moleskine has FSC-certification, although that information is not elaborated on or discussed as much as I would like to see. However, the limited information on sustainability makes it feel like the FSC-certification is a box to check off in the sustainability department to appease certain people, and that Moleskine does not intend to continue improving their sustainability. Something I would like to see is Moleskine going beyond having FSC-certification and taking steps to pursue a more sustainable supply chain. Their corporate values do not currently align with the SDGs, nor do they seem to have any interest in prioritizing sustainability as a goal within their company, as they have no future goals they hope to attain in terms of environmental impact. Thus, it seems like Moleskine is more focused on maintaining its reputation as a simplistic yet durable, high-quality notebook rather than appealing to an audience that values sustainability.

Moleskine has a large collection of notebooks and journals that differ in materials and manufacturing processes, but for this review, I will focus on their most popular Classic Notebook. Overall, Moleskine notebooks are made of synthetic materials that are compliant with California Proposition 65, a proposition that prevents the use of toxic and harmful chemicals in materials and products. Additionally, after various complaints, Moleskine has now made all their products PVC-free. Their hardcover notebooks are made out of polypropylene, and their softcover notebooks are made of polyurethane. Priced at $20.95, the Classic Notebook has a soft or hardcover option that also contains cardboard. In terms of their notebook cover, polypropylene and polyurethane are more environmentally friendly than traditional plastic derived from petroleum, and polypropylene is easily recyclable, as it is derived from natural resin fibers. However, something to keep in mind is that although polypropylene and polyurethane are labeled as biodegradable, they can take up to 20-30 years to degrade. Moleskine also states that they use “environmentally friendly” acid-free paper, but does not specify where they source the paper from, or what types of trees are cut down to produce their paper. I would also like to know more about their paper production process, as general paper production contributes to deforestation, lack of biodiversity, habitat fragmentation, global warming, and the formation of acid rain through the release of carbon dioxide and other greenhouse gases. Moleskine claims to use forest sustainable paper, as well as claiming that they are FSC-certified (Forest Stewardship Council Certified). The FSC supports responsible and sustainable management of forests globally, and brands and products with the FSC logo signify that the paper used in the company is sourced from forests that are responsibly managed by people using sustainable wood harvesting techniques. FSC seem to be a legitimate organization that has stringent protocols in forestry management. Furthermore, Moleskine ensures their suppliers and their manufacturing processes have adequate certifications in environmental sustainability. Although the sentiment behind this statement is admirable and shows Moleskine’s desire to be sustainable, the wording is vague and not transparent enough. It would be more beneficial and informative for Moleskin to give concrete examples of exactly what kind of certifications they look for in their suppliers and what sustainable practices they value in other suppliers’ manufacturing processes.

Although Moleskine has almost little to no information about their production process, there is a brief video on how they make part of their special collection of Blend notebooks. Although the video is short and does not show exactly how the Classic Notebook itself is manufactured, the video depicts the general Moleskine factory and that much of their production process involves automated machines. It seems like an assembly process is used, and in terms of locations, Moleskine previously produced and designed all notebooks in Italy. However, they have changed production locations, as they only design and package notebooks in Italy now. Instead of manufacturing notebooks in Italy, Moleskine now carries out manufacturing and notebook assembly in China; Moleskine most likely changed manufacturing locations to China to minimize production costs and to keep up with growing demand. In China, the notebooks are printed, stitched, and assembled, but Moleskine also produces other notebook collections and notebook parts in areas like Turkey, France, and Vietnam. The transition of production from Italy to China has raised suspicion and criticism from their consumer audience as well, as the quality of the notebooks has noticeably decreased. Additionally, the outsourcing of manufacturing in various countries and transportation of materials to and from different factories releases potentially high amounts of greenhouse gases that are not reported to the public.

In their Code of Ethics, Moleskine states that they have mandatory regulations for their work environments, saying they prioritize health and safety for their workers and that any harassment or violence is unacceptable. The Code of Ethics goes further to state that Moleskine supervisors consistently observe mandatory regulations for working conditions, but Moleskine does not specify what regulations are used and exactly how they protect the health and rights of their employees. For safety, however, Moleskine does specify that they reinforce a culture of safety through protection legislation and proper training. The Supervisory Board supposedly ensures compliance with the Code of Ethics through various checks; compliance with the Code of Ethics is also a mandatory agreement in the terms and conditions for all employees. Although this information is good to hear, the Code of Ethics does not specify which workers in which factories the regulations apply to, and it is difficult to assume that such stringent regulations are also properly enforced in factories in Turkey, France, or Vietnam. For outsourcing, Moleskin has solely worked with suppliers valuing human rights and has been adamant in their refusal to work with suppliers and distributors associated with child labor and poor working conditions. To select certain suppliers, Moleskine uses “specific processes” and “regular inspections” to evaluate their potential suppliers and see if their processes adhere to standards for human rights and respect for the environment. I am glad to hear how carefully Moleskine selects their suppliers, but I remain slightly skeptical because no supplier names are disclosed to the public. For full transparency, Moleskine should detail who their suppliers are, so consumers can look into their practices themselves to decide if they want to buy Moleskine products. Moleskine does specify that they work with designers in Italy and workers in China, but there are no specifics on what benefits the employees are given, who they are sourcing from, or what the working regulations are like within their factories. Lastly, an interesting thing to consider is Moleskine’s whistleblower channel for their employees to report unsafe or unethical working conditions. The whistleblower channel does seem legitimate, as an actual channel and email is attached, but it is hard to determine if Moleskine will truly take action to investigate reports received from the whistleblower channel.