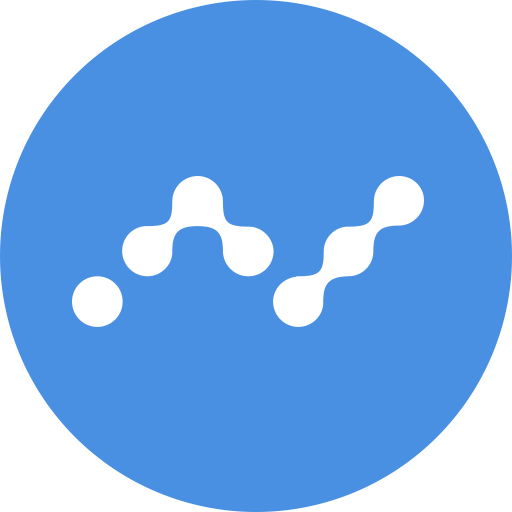 Nano is a cryptocurrency with a low energy usage and carbon footprint due to its makeup and having zero reliance on a mining process. Nano was designed to avoid the carbon intensive, energy eating, and e-waste creating mining processes associated with other alternative, less eco-friendly coins. Criticized for its impact on the value of the coin, the distribution of Nano was complete upon its creation. All of Nano’s maximum supply of 133.25 M coins are in circulation. Nano is fee-less, which makes its use more practical and widespread. Other coins, such as Bitcoin, have fees to combat people spamming the network. Flawed by design, Nano’s no fee network has led to attacks on its network that have put its customers in bad financial situations. Nano’s low energy usage and carbon footprint should not take attention away from its drawbacks that should be considered when analyzing this eco-friendly coin in its entirety.

Nano’s transaction speed is essentially instant. Nano uses a ledger called the Block Lattice, which allows each account to have its own blockchain. Conventionally, there is one shared chain where people compete to add blocks to. The Block Lattice ledger provides users security and allows a high number of transactions to occur at the same time on the network because only the account owner can add blocks to their own chain. These blocks are validated by other nodes in the network at the rate of hundreds of transactions per second. A post on Nano’s Medium platform states 2 seconds of Bitcoin transactions uses more energy than 65 M Nano transactions do. Bitcoin has faced scrutiny over the amount of power it takes to make a transaction, which has fueled interest in low energy alternatives like Nano. A single Bitcoin transaction uses 1783.58 kWh, which is equivalent to the power consumption of an average U.S. household over 61.13 days according to digicomist.net. Nano’s low energy Block Lattice leger is a highlight of the coin.

Nano is issued and protected by a network of computers in a system that is called consensus mechanism. Proof-of-Work (PoW) and Proof-of-Stake (PoS) are two common consensus mechanisms. PoW networks require miners to use machine computing power to solve encryption that becomes increasingly more difficult to decipher and more energy-intensive over time. PoS networks require less energy than PoW networks by requiring miners to stake their own shares of cryptocurrency to validate a transaction. Nano employs an alternative to the carbon intensive PoW method. Nano’s consensus mechanism is called Open Representative Voting (ORV). Nano states on their website that ORV reaches consensus through representatives voting on the validity of individual blocks shared on the network. Representatives have no control over the funds, they are only assigned to have voting rights. Representatives are assigned their voting weight by the account owners in proportion to the Nano in those accounts. It’s imperative that coins, such as Nano, use PoS and similar methods to offset and not contribute to the environmental damage PoW networks create.

Nano’s supply of coins was distributed through the CAPTCHA faucet, where users faced CAPTCHA tests to complete in return for Nano. Distribution through the CAPTCHA faucet ended on Oct. 20, 2017, leaving 133.25 M Nano coins in circulation. This faucet was selected to fairly distribute Nano in an organic process rather than through other processes, such as an initial coin offering (ICO) that some argue caters to wealthy investors with lots of purchasing power. Anyone with a computer could participate and there was no expensive mining equipment. When there is expensive mining equipment involved, it’s only accessible to the wealthy. Further equality was within the multiple versions of the CAPTCHA faucet offered to provide users with a variation of tests to solve, including written and audio versions. This distribution faucet was sustainable because users needed to contribute their time and attention in return for a coin, instead of partaking in less sustainable mining projects associated with some other coins.

The CAPTCHA faucet was fair to people from all classes because there was no need to own expensive hardware to get the coins. Some criticize this distribution faucet for its lack of monetary incentive, but I value that the fairness combats the financial inequality present in our global systems today. Users from developing countries were able to partake and get rewarded with coins. Nano communities were created across the world through this distribution faucet. A post by Nano in the Medium stated that communities were created in Central and South America, namely Brazil and Venezuela, and in Southeast Asia, namely Indonesia. Within those developing countries, users called CAPTCHA farmers emerged. These users were rewarded with the highest amounts of Nano distributed and enabled those in developing countries to earn coins. I think this distribution method was effective in that it spread the supply globally and to developing countries.

Railblocks was founded by Colin LeMahieu in 2014, and was later renamed as Nano. Nano’s website clearly lists the members of their team, advisory board members, and community managers from various countries. I appreciate the transparency that comes with easy access to a cryptocurrency company's team. Nano has community managers in the United States, Brazil, Russia, Venezuela, Sweden, Belgium, and Italy. Those community managers help to facilitate the organic growth of Nano and create a welcoming community. Since Nano is focused on addressing the inefficiencies present in existing financial systems, I hope to see the list of countries who have a community manager further expand and reach countries who could best benefit from decentralized currency.

LeMahieu and Core Developer Gregory Maxwell have faced criticism for Nano’s use of the Block Lattice because its no-fee structure makes its network susceptible to spamming. The collection of fees helps prevent people from spamming the network. In March 2021, Nano’s network was spammed during a week-long flood of near-zero value transactions that knocked nodes out of sync and harmed the network. I do not see Nano collecting fees any time soon. Nano prides itself on having no fees and easy accessibility for all. Nano has not found a way to prevent spamming while having no fees, which leaves its customers and network vulnerable. Nano needs to be more responsive to this fault.

In Feb. 2018, BitGrail, a cryptocurrency trading platform, was hacked and 17 M Nano was stolen (value of $195 M). The hack BitGrail experienced was specifically of Nano coin. The hack was a huge scandal, with claims that BitGrail inflicted the harm upon itself as an exit scam. Neither party wanted to take responsibility and feuds dragged on during the legal implications of the hack. Nano users had to remind themselves that only BitGrail was at fault during their frustrations. BitGrail was ordered to return the funds back to its customers, but customers were uncertain they would ever see their money back based on the unwillingness of BitGrail’s founder, Francesco Firano. Fortunately, Nano tried to help its users during the messy aftermath. Nano offered to help pay legal bills of those who took BitGrail to court and planned to sponsor a legal fund to provide all victims of the hack with equal representation in court against BitGrail. In response to Nano’s support of its users to take legal action, BitGrail announced it would refund Nano customers if they stopped court action. Nano attempted to do right by its users and its actions ultimately contributed to BitGrail’s agreement to refund victims of the hack.