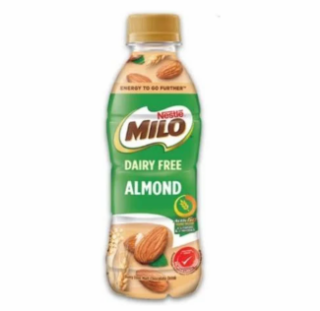 Ever heard of MILO®? If you’re Malaysian, you’ve not just heard about it. You’ve grown up drinking MILO® for breakfast and probably have MILO® in your pantry. MILO®’s widespread local influence dates back 70 years, with generations of fans that explain MILO®’s 90% market share in Malaysia.

In April 2021, Nestlé Malaysia launched their vegan alternative of MILO®, MILO® Dairy Free Almond, in response to 40% of consumers in Asia shifting to more plant-based diets. Now before the vegans and lactose-intolerant groups cheer too loudly, I’d like to present my verdict on how sustainable vegan MILO® really is. Spoiler alert 一 it isn’t. Vegan MILO® is the same as MILO®, only with milk swapped out for soy protein. Hence, the same unsustainable sourcing and production involving child labor, deforestation, plastic packaging, and energy-intensive practices apply. Given Nestlé’s widespread global influence, I’ve listed these issues below in detail as I believe every Nestlé consumer should know this information. My rating considers Nestlé’s past damage spanning decades and any sustainability points are just a nod of their ongoing efforts. I acknowledge Nestlé’s attempt to increase its sustainability efforts and transparency. They’ve certainly published comprehensive reports, but now it’s just a matter of living up to its promises. I hope to see its urgency towards the climate crisis that we Gen Zs feel. We’re running out of time, Nestlé. I hope to see your redemption arc and billions of dollars in profit put to good use.

MILO®’s primary ingredient is cocoa, which has an unsustainable procurement process. A cocoa tree can take one year to produce enough cocoa for half a pound of chocolate, with less yield as the trees get older. Given that most cocoa plantations in the world are past their peak production years, deforestation for more cocoa trees occurs, especially in West Africa. Much of Nestlé’s cocoa comes from the Ivory Coast, where an estimated 70% of illegal deforestation has ties to cocoa farming. Moreover, cocoa production is often at the expense of widespread child labor.

Apart from cocoa, MILO® can drive deforestation as it includes palm oil. Palm oil gives products longer shelf-lives but its production drives the deforestation of biodiverse forests, which displaces indigenous communities and destroys the habitats of endangered species such as the Orangutan, pygmy elephant, and the Sumatran rhino. Palm trees plantations are also grown on carbon-rich peat soils, which leads to massive carbon emissions. As Malaysia and Indonesia contribute to 85% of global supply, the burning of forests in both countries leads to haze that affects the health and livelihood of millions. These aforementioned issues of child labor and unsustainable growing conditions apply to procuring sugar in MILO® too.

Not only is MILO® unsustainable, but it’s also unhealthy. MILO® includes maltodextrin, which is made from corn, rice, potato starch, or wheat. It’s a food additive that can improve texture, flavor, and shelf life but has no nutrient value and can even change one’s gut bacterial composition. Although dairy-free MILO® meets the Ministry of Health Malaysia’s Healthier Choice Logo criteria, I guess it still isn’t as healthy as marketed to be. In fact, MILO®’s glycemic index, a relative ranking of foods in relation to their effect on blood glucose levels, is similar to coke. This makes sense given how much sugar MILO® has from their added sugar and malted barley, which has the largest ingredient composition 一 yes, even more than cocoa!

Nestlé’s Dairy-free MILO® is made locally as Nestlé Malaysia opened its first plant-based facility in Malaysia. Given the popular demand for MILO® in Malaysia, local facilities mean lower emissions due to reduced overseas shipping. MILO® production aside, I’m much more interested in Nestlé’s sourcing of MILO®’s raw materials which this section focuses on.

Nestlé launched their ambitious Nestlé Cocoa Plan, which encompasses equipping farmers with resources to farm cocoa more sustainably, tackling child labor and empowering women, enhancing supply chain traceability, and tackling deforestation. Ultimately, they promise to source 100% of cocoa sustainably by 2025. From their various reports and progress trackers, I can see Nestlé increasing their transparency and efforts over the years. For instance, Nestlé admitted to mass balancing, which is mixing certified cocoa with conventional cocoa. Products with mixed cocoa can still carry certification, although the number of certified products must correspond to the quantity of certified cocoa purchased. Although this sounds counterintuitive, I think it’s great that Nestlé openly admitted this 一 consumer transparency is crucial. They’ve published their list of suppliers and admitted their shortcomings with sustainability certifications (although not openly on their website but somewhere in their stack of reports). Nestlé has also partnered up with different certification organizations, local communities, and governments to tackle the social issues plaguing their supply chain. While these initiatives seem great, Nestlé introduced this plan in 2009 but only 46% of their cocoa is traceable and responsibly sourced in 2020. I don’t mean to discredit Nestlé’s work, but 11 years is a long time and I had hoped to see more progress given the urgency of their supply chain issues.

Nestlé also pledged to only use deforestation-free raw materials by 2020 in 2010, which includes palm oil. They’ve also promised to comply with the Roundtable on Sustainable Palm Oil (RSPO)’s principles and not source palm oil from areas cleared of natural forest after November 2005. Well, it’s 2021 already and Nestlé has not lived up to its promises. The RSPO suspended Nestlé for not submitting timely reports and only 70% of Nestlé’s palm oil is traceable to plantations in 2020. Traceability is important so culprits of exploitation and deforestation causing transboundary haze can be held accountable. While 70% seems like a lot, the remaining 30% of deforestation cases involves the destruction of rainforest areas approximately the size of London every year! Nestlé also buys palm oil from oil mills in Sabah, Malaysia, which has reported exploitation and forced labor cases on plantations. Many plantation workers (around 840,000) are illegal immigrants, with an estimated 50,000 - 200,000 children. The Rainforest Action Network also reports that Wilmar supplied Nestlé with palm oil from protected areas in 2017. This makes Nestlé accountable for the mass biodiversity loss from deforestation, which displaced endangered species such as the Sumatran orangutan.

Nestlé doesn’t fare well for its emissions either. In 2018, their carbon emissions totaled 113 million metric tonnes, which is more than double of New York City’s carbon emissions in 2020. Nestlé has pledged their goals of using 100% renewables within 5 years, supported cap-and-trade programs, and increasing carbon offsetting. These are ambitious goals, but I’m still skeptical as Nestlé seems to be more interested in continuing its current state as much as possible. Rather than discussing alternatives to plastic packaging, they merely mentioned they were interested in investing in startups championing alternatives without listed timelines and making their packaging recyclable or reusable by 2025. Accordingly, their packaging is still bound to end up in oceans or landfills, at best. They also seem more interested in carbon offsetting and purchasing the right to pollute rather than concentrating their efforts on reducing emissions throughout their supply chains. Essentially, Nestlé might need to rethink their priorities to truly embody sustainability.

Nestlé has had many issues with child labor for decades, with the spotlight on their cocoa production. In 2012, they piloted a Child Labor Monitoring and Remediation System in their cocoa supply chain with the International Cocoa Initiative to spot child labor. Their Cocoa Plan also outlines their commitment to building schools for children in Côte d’Ivoire and piloting cash incentives for farmers to send kids to school and farm sustainably. I also credit Nestlé’s nuanced approach to work with local communities on child labor and smallholder suppliers first before immediate boycotting, which may just encourage farmers to hide more cases.

Still, Nestlé has a lot of past damage to make up for. It’s interesting to me how Nestlé has managed to get certified for decades regarding child labor before 2012 and how they still haven’t addressed a crucial risk factor for child labor: poverty. Nestlé aims to support farmer livelihood but there is not much transparency on the net income of farmers and no guarantee of zero poverty due to low wages. While some have critiqued the solution of increasing farmers’ pay, which arguably causes price crashes and market floods, this conundrum certainly exposes systemic flaws 一 farmers have cited the impossibilities of keeping cocoa prices low without engaging in cheap child labor. Given pricing fears, should Nestlé just continue on as it is at the expense of millions of children? I personally would like to step out of our reality and imagine a world where the derivatives of chocolate are not exploitation, child labor, and abuse. I’d love to share this vision with Nestlé, but much evidence holds me back. In fact, six men from Mali, who were trafficked to Ivory Coast as children for forced labor, sued Nestlé for aiding and abetting child slavery in their cocoa supplier farms. This is in 2021! Unfortunately, the US Supreme Court overturned this case, claiming it fell out of jurisdiction as the abuse was in Africa. Some have critiqued this ruling, citing possibilities of using the Alien Tort Act that holds U.S. companies accountable for abuse within their supply chains. While Nestlé has refuted their involvement, its track records make this hard to believe. Many of their company statements also focus on their commitments to tackling child labor rather than the issue at hand, which stokes doubt. As a consumer, let’s keep this in mind the next time we’re slurping MILO®. Justice for the victims.