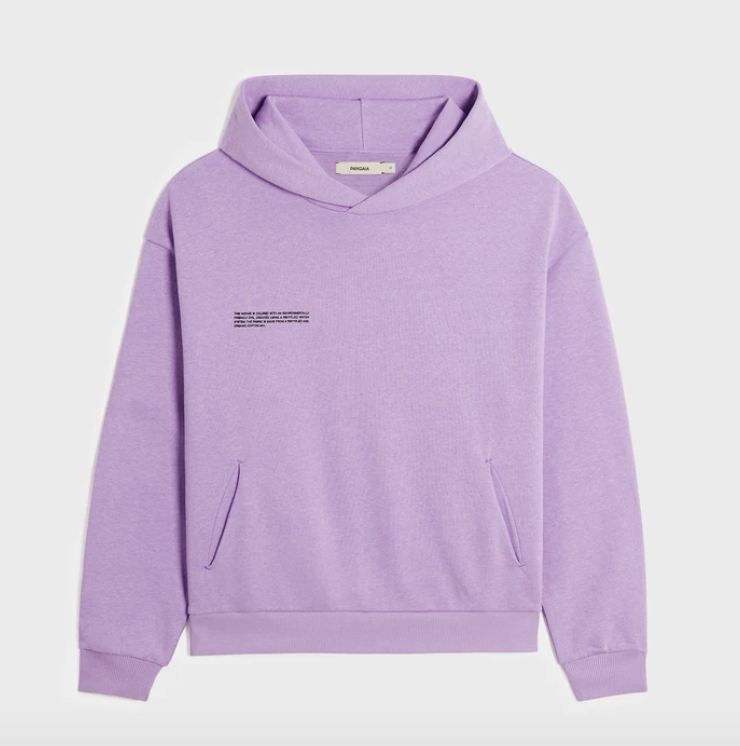 I am extremely impressed by the extensive amounts of information that Pangaia has available on its website, as well as all of the research the company has conducted in order to create such innovative products. I also think another one of Pangaia’s biggest successes stems from the fact that innovation is one of the core principles of their business model—the company is not simply satisfied with temporarily developing cutting edge industry practices, but rather, it is also striving to improve its production chains and further decrease its environmental footprint. The only gripe that I have about Pangaia is in relation to the pricing of their products. For instance, the 365 Heavyweight Hoodie comes out to a whopping $150.00. It almost goes without saying that such exorbitant prices for something as simple as a sweatshirt are not realistic for the average workers budget, presenting a huge barrier to customers that are looking for sustainable yet affordable products. Hopefully, as the company continues to grow and gain more awareness, and as demand for similar products increases, they will be able to gradually decrease their prices.

The Heavyweight Recycled Cotton Hoodie retails for $150.00, comes in an array of vibrant colors, and is Pangaia’s most popular product. The hoodie is made with “responsibly sourced recycled and organic cotton mix”, and the dyes for this particular hoodie are created using “environmentally friendly dyes and a recycled water system”. I’m somewhat used to companies claiming that their materials are responsibly sourced, but I’m even more familiar with there being no substantiative evidence to back up this claim—this thankfully wasn’t the case with Pangaia. The company website includes a comprehensive list of the different materials they use, their stance on why they use these materials, and how they impact the environment. Pangaia openly acknowledges that simply using “organic cotton does not address the growing amount of cotton waste globally”. Rather, their solution of using a recycled cotton mix from repurposed production scraps and retired textiles offsets the production of new materials by using resources that are already in circulation, diverting fabric waste from landfill. All of Pangaia’s dyes are Oeko-Tex certified, which means that they are non-toxic and free of potentially dangerous and harmful chemicals. While this certainly can bring more peace of mind to consumers, it’s important to recognize that Oeko-Tex is not an environmental or ecological certification. Furthermore, while Pangaia claims that their process is water-efficient and treats waste effluents, they offer no further insights or evidence into this process. My other small complaint about Pangaia is that they claim that plant fibers from materials such as organic cotton are “natural, renewable, and inherently biodegradable”. While this certainly may be true, I find that it distracts consumers from the larger harms of cotton textile production, like the massive draw on water resources.

Pangaia is based in London, New York, and Moscow, and has two major producers located in the United Kingdom and Portugal. Their main warehouse is located in the United Kingdom, which helps to reduce the carbon footprint the company creates by way of traveling to the facility for inspections and location visits. The company produces and manufactures its clothing in a factory in Portugal, which they chose for “the quality of their factories, labor law compliance, and range of factories with the latest eco certifications.” This decision also helps to reduce the company’s overall carbon footprint, given that a majority of the fabrics used in their products are already made in other European countries, and thus do not need to be shipped overseas before they can be manufactured. Pangaia also takes a lot of pride in its production partners, many which are certified by Fair Trade, Global Organic Textile Standard, and similar certifications. The company also recently launched a supplier code of conduct which it regularly updates. The code of conduct is relatively short, but it outlines explicit and executable goals, including the requirement that businesses should “support a precautionary approach to environmental challenges”. I’ve studied about the precautionary principle extensively throughout my International Environmental Science and Policy class, so I was really excited to see it implemented in a real world business model for the first time. Pangaia also supports a diverse range of environmental initiatives that focus on mitigating climate change, improving the health of our oceans, and protecting global biodiversity.

Pangaia was started Miroslava Duma—who also founded Future Tech Lab, an incubator for responsible technological innovations— in 2018. At the time, Duma was hoping to reinvent the fashion industry by seamlessly combining material science through its research and development facility with fashion and design. Today, Pangaia is a collective made up of scientists, engineers, artists, designers, and thinkers. Unlike many other fast fashion companies, Pangaia harmoniously marries science and business throughout its corporate structure, and places scientific research at the heart of its decision-making process. Pangaia’s mission was not only to innovate new sustainable products and production techniques, but to also “find a way to present all of [their] innovations and technologies in the most digestible and understandable way to the general public and fashion industry.”