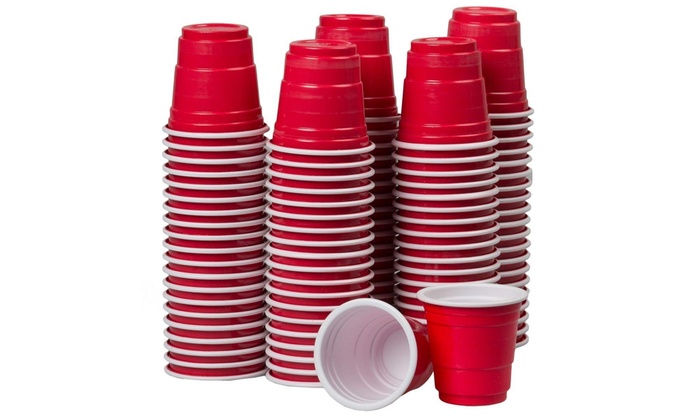 Marketed as “the original party cups” I think it is very evident that these cups have a brand image associated with it, and are widely used amongst young adults in party settings. There are songs written about them, they are often censored out of images, and have even generated a name for the specific color of Solo Cup that is widely used. As college students, we have all seen our fair share of these cups being thrown out, whether on the sidewalk, in trash cans, or in recycling cans. But many do not know that even though these seem like an everyday plastic cup, they often cannot be recycled.

The Solo company does not seem as though they have put any effort into the sustainability factor of red Solo cups. They lack transparency in terms of accessible information, and since recycling serves as its own economy, number 6 plastics are not in demand and therefore rarely recycled. It is not economically efficient for recycling centers to go through this process, so the red Solo cups end up in landfills, polluting the environments of people of color and of Indigenous communities at a disproportionate rate.

The red Solo cups are made of plastic that is very hard to break down: molded, thick polystyrene that contains harmful chemicals. However, this makes the cup very thick, sturdy, and price accessible.

The cups are made from a heating process that can release dangerous chemicals and possible carcinogens. It is molded polystyrene. When disposing of the Solo cups, though it is made of number 6 plastic and can be recycled, it is often not recycled as very few recycling centers take this number of plastic, and it is in very low demand. Therefore, most Solo cups are disposed of in the landfill, and take over 450 years to break down. As it breaks down, toxic chemicals are released into the soil including benzene and styrene that come out of the polystyrene, which can damage liver and nervous system function, and also serve as carcinogens. These leads to health hazards for communities that are near landfills as well as animal habitats, which often are communities of color and Indigenous communities, meaning this product gets a very low rating for sustainability in this category as it is contributing to environmental injustice.

Solo acquired the Sweetheart Cup Company, founded by Joseph Shapiro and his brothers. It became the largest consumer packaging company in the world, and the headquarters and factory is in Illinois, USA. The Solo company is not very transparent about who makes their product or where most of their supply chain is located.