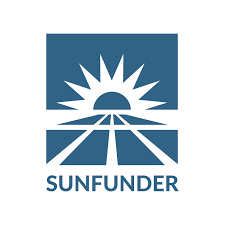 SunFunder is a debt financing investment company that describes themselves as providing “innovative debt financing for solar enterprises working in emerging and frontier markets." They attract major investors from across the world and persuade them to use their capital to finance green solar energy products. According to their calculations, their work has prevented 750,000+ tons of CO2 equivalent emissions from entering the atmosphere annually since their birth as a company in 2012. The type of capital that this company seeks is known as “catalytic capital,” which is described by the MacArthur Foundation as “capital that accepts disproportionate risk or concessionary returns to generate a positive impact and enable third party investment that would not otherwise be possible”; Ryan Levinson founded the company when he spoke to many solar debt companies and found that accessing the initial capital for green investments was what was stopping these developments from taking place. SunFunder has been particularly important in reshaping this narrative, having financed products such as PowerGen in Kenya or SolarNow in Uganda. These projects have been important in moving toward achieving UN Sustainable Development Goal 7, which is to “ensure access to affordable, reliable, sustainable and modern energy for all.” Given that SunFunder not only seeks to broaden energy access by targeting areas that are completely “off-grid,” but also by focusing solely on renewable solar energy, it seems to me that SunFunder is a very sustainable company to support. Whilst there are a few red flags with the investors that make up SunFunder’s portfolio, funnelling this dubious money into a good cause can surely only lead to net benefit!

SunFunder could be broken down to be described as two constituent parts: the solar panels/energy sources themselves and the money that funds these projects. Whilst there is little detail on the actual materials used in the solar solutions, SunFunder ensures that they follow the GOGLA (Global Off Grid Lighting Association) Consumer protection code, which safeguards consumer rights in the off-grid solar industry. This means that SunFunder ensures that they only partner with manufacturing companies who adopt ethical practices and use sustainable materials in their manufacturing. Fundamentally, SunFunder has less control/influence on which type of solar panels are being used, instead having more say on which types of investors make up the company. Many of the investors are traditionally philanthropic funds, such as the Rockefeller Foundation who traditionally donate money to projects which are focussed on harnessing science and technology to promote international wellbeing. However, SunFunder has also used some less traditionally philanthropic sources of funding. For instance, Facebook has invested through SunFunder, which raises questions about the kinds of ethical investments that SunFunder is creating. Facebook is not always seen as the most ethical company – many events such as the Cambridge Analytica scandal have shown Facebook’s willingness to allow sometimes harmful and xenophobic messages to be disseminated through its platforms, and there have been red flags raised about the trauma that Facebook content reviewers go through in having to sort through images/messages of violence and abuse. However, in terms of environmental sustainability, Facebook is doing reasonably well with 75% of its net energy use being derived from renewable sources. Though there may be issues with some of the funding that SunFunder uses and it is questionable whether they should be helping companies such as Facebook profit, it must be noted that Facebook would be investing its capital in some industry, so it seems that it can only be a good thing that they are turning towards a sustainable investment programme rather than in the fossil fuel industry.

The SunFunder investment company was set up by Ryan Levinson in 2012. It functions by attracting investors and funneling their investments into sustainable solar energy sources. From 2012 – the beginning of 2018, it raised more than $62 million in debt funds whilst maintaining a 100% repayment rate to investments. The only issue I can find with how SunFunder operates is that it requires companies (that it would invest in) to have audited finances and at least a 2-year operational track record. Though this is unfeasible for recent start-ups/small businesses, it is understandably a necessary prerequisite to reduce the investment risk. While SunFunder requires target companies to have ESG policies, it offers to help implement them if these policies are not something the companies already have.

SunFunder is made up of an impressively diverse team, with offices based in both Nairobi and London. In the leadership team of eight, five members are people of colour, and in their whole team of 34, 16 are female. The only factor where SunFunder falls down is only 2 out of 8 of their leadership team are female. The CFO, Ritesh Shah (also male) , is based in and has lived in Nairobi for a substantial period of time and so has direct contact with many of the people they work with and help in Africa in contrast to a remote investment fund. Furthermore, many of the team have trained in Nairobi/Kenyan Universities and thus have a more nuanced understanding of the problems faced in these areas of the planet. The company also follows the aforementioned GOGLA policy, which prides fair and respectful treatment for all employees – this is evidenced by 5 star working conditions reviews on Glassdoor – one thing noted on this is the flexible working policies/maternity offers, which could be the reason for a high level of gender diversity on this team.