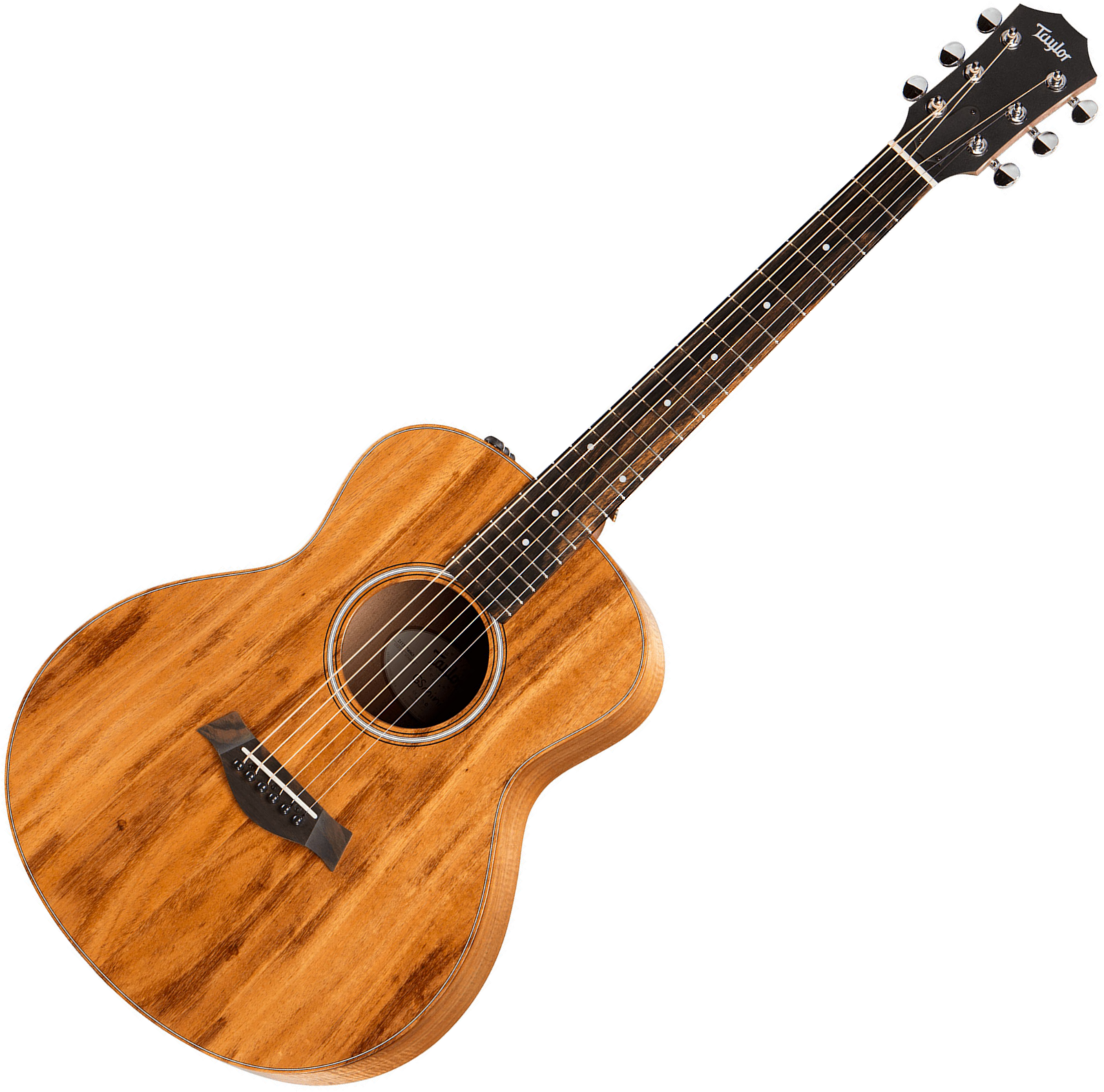 When on the conversation of sustainability, it’s important to mention the industries that have not found ways to transition out of non-renewable sources. Wood is integral to a guitar, and the type of tree used can change the tone and sound of music that you hear. We all can’t wait for the day that a synthetic guitar will have an accessible price tag and won’t be made out of oil and these tree farms can stop. Unfortunately, it’s unrealistic to expect the consumer to be able to pay a difference of 3,200 dollars per guitar to save a tree or two.

Overall, Taylor Guitars puts in more work than the industry standard to make sure that they are promoting consistent ethics across the board. They stay true to this notion and are refreshingly transparent about everything: from their business practices, to their factories, to where they source their wood. Of course, it’s important to note that a Voiz approved guitar is used by THE Taylor Swift. Anything good enough for T. Swizzle is good enough for us ;)

This guitar features a body and tonewood made of Koa wood, which is sourced from Hawaii. The Koa tree is not endangered, and does not require hundreds of years of growth before being harvested, unlike many other wood used for guitars, effectively preventing destruction of old-growth forests. Unfortunately, Koa is a wood native to only Hawaii, and it is scarce due to protections on forests. Taylor sources its Koa through sustainable farming practices. Their tonewood manufacturer harvests dead, and otherwise unusable trees to use for the tonewood. Taylor has also partnered with this manufacturer to buy their own land that grows mostly koa and native species, but Taylor plans to plant alien tree species, as well as not showing any plans for promoting biodiversity.

It is unfortunate but important to note that land in Hawaii is systemically bought at high prices, and inaccessible for native Hawaiians to live on or profit off of. I would like to see Taylor make an effort to hire indigenous Hawaiians and buy from indigenous manufacturers as they do in other places, in an effort to offset this phenomenon. Personally, even though I am against this practice, this would not stop me from buying from Taylor because this is unfortunately the higher than the industry standard when looking where other luthiers source their wood. Some source theirs through distributors (causing little to no contact with the farmers, and is where examples of luthiers unfairly paying their sources come into play), as well as illegally sourcing their wood. Gibson admitted to breaking environmental laws to illegally source ebony in 2012, so I am wary of companies that are not as transparent as Taylor. It seems as if this situation is Taylor’s strategy of least harm to the harm to the earth and people.

Their self-produced guitar finish also does not include any VOCs, which helps to reduce their carbon footprint. All in all, I can clearly see that much thought and care has gone into how Taylor sources their materials.

Taylor Guitars are produced in Mexico and California using both automation and handwork. Taylor guitar necks are designed specifically to get 50% more product from their lumber, effectively reducing waste and need for more deforestation. They recycle much of their scraps into mulch and particleboard, while the larger pieces are donated to local organizations to be sent as toys to orphans in Tijuana. This guitar is 800 US dollars, which is standard for a guitar–but not for a beginner trying out a hobby. I would like to see more guitars of this sustainable level at a more accessible price point, however. When looking at the Taylor website, most Koa guitars were priced out of starter guitar player’s price points.

I would like to see efforts to lower their environmental impact in their production chain, as this seems like Taylor’s weakest link. They could consider transferring their warehouses to zero waste, or even converting their transportation fleet to electric. Since their wood is sourced from many different locations, including Hawaii for this specific model, transportation seems to be the largest part of Taylor’s carbon footprint.

Taylor seems to put their employees at the front of their ethics. They are 100% employee owned and run an ESOP (employee stock ownership plan), as well as claiming to have never fired an employee due to automation. They also run the Ebony Project, a well documented plan to provide transparency into the ebony business. Through this project, Taylor pays and trains indigenous people to sustainably grow the ebony they use. Taylor has revolutionized how ebony is used in all industries, by normalizing the use of variegated ebony. Variegated ebony was otherwise cut into lumber, then thrown away and deemed unusable. Due to this, Taylor has made a huge impact in many industries efforts in regenerative forestation.