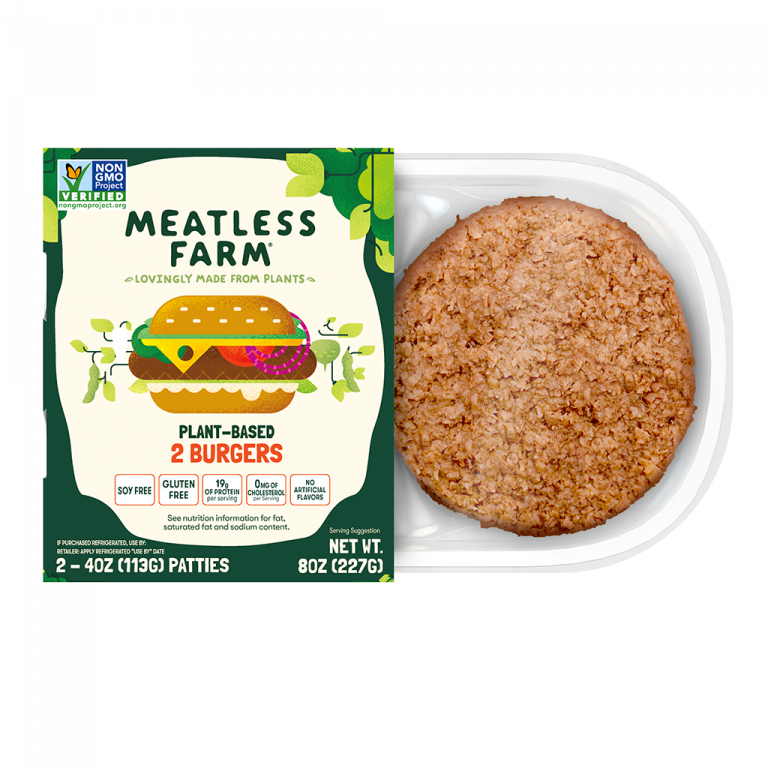 I am really impressed with The Meatless Farm’s product and their general approach to creating plant based Burger products which are both tasty and better for the environment, while aiming to appeal to a much general broader audience.I think that their strategy and aim is extremely important as sweeping change will come only when people who are not especially interested in sustainability start to incorporate more sustainable choices into their lifestyles. By establishing partnerships and using marketing that will attract a wider audience than would typically be enticed by meat analogues, they have the real potential to increase the consumption of meat analogue products and make significant changes to emissions and moving towards a more sustainable planet! I would love, however, to see more information about their actual process of creating the burgers as well as their supply chain to provide consumers with the transparency that can lead to really strong accountability with regards to their goals.

The Meatless Farm plant-based burgers are predominantly composed of pea based protein and water, along with different kinds of vegetable proteins and extract. The list of ingredients is mainly composed of recognisable vegetable based products such as “ caramelised carrot concentrate, fruit and vegetable extracts (beetroot, radish, tomato)” and “coconut oil” “potato fiber” “ground black pepper”. Having reviewed a range of plant based meat analogues, I am impressed that it contains a lot of natural ingredients with recognisable names, as opposed to a lot of chemicals that are added solely to simulate that meat like flavour and texture. Of course, one of the most impressive aspects is that this product does not contain any meat or animal products, as well as boasting that it does not contain any soya either. This is because they have stopped using soy as the base of the burgers, and instead use pea protein instead. This is a really significant step, as despite stating that all of their soya was non-GMO and sustainably sourced, soya is generally a plant that is produced unsustainably in relation to the livestock industry, as well as requiring high transportation costs and emissions. Peas are easily grown in a more temperature European climate, requiring less transportation and associated food miles. Additionally, it is very high in protein, requires low water and land usage to produce, and is also a great source of iron. Pea protein is a really fantastic alternative for meat protein and has the potential to create very realistic meat and dairy analogues, so I commend Meatless Farm for incorporating pea protein as the basis of their burgers.

The actual process of creating the burgers is not disclosed, however it is likely to involve the extraction of pea protein from peas using a process of precipitating the protein to its isoelectric point, solubilising the dry spray to create the purified protein which can be used in human nutrition. This will then be added with water and other ingredients to create the patty base. This process combined with the farming of peas is generally much less water and land usage heavy than is used to farm meat, especially beef that is typically used in burgers. Therefore, this is generally a more sustainable process for producing a meat analogue. However, it is disappointing that they do not provide more details about their production process - I think consumers would really appreciate greater transparency about the process.

‍
One of the greatest sources of emissions in the process of making the burgers is involved in the transport and supply chain. Unfortunately, Meatless Farm’s distribution is not completely clear, especially since they have expanded into the US market. Responding to the FAQ on their website “You’ve expanded globally – how does that affect your greenhouse gasses?”, they responded vaguely to suggest “We’re always looking at how we can create our plant-based products as sustainably as possible – this includes how we distribute and as a start-up it’s something that’s really key for us to work through as we grow.” Despite stating that they are committed to sustainability, they do not explicitly state or suggest any plans to actually increase their sustainability in the supply chain and distribution, so this is disappointing. However, they have also created a factory in Canada, which is the head of their North America operations. This will reduce some of the emissions and transportation costs that would be associated with transatlantic distribution from a UK base.


Additionally, they stated that when they utilised soya as the primary ingredient that they sourced it mainly from North America and China - and while they stated that the North America supplier was a member of the Responsible Table, Responsible Soy initiative, they make no similar claims about their Chinese supplier. There are definitely concerns to be raised about the sourcing of the soya and the emissions that would be incurred in this process. However, moving away from soya shows that the brand is working on improving and shifting their practices to be more sustainable, which is very important.

The Meatless Farm Co is a British company that is based in Leeds, as well as having offices in Amsterdam, New York and Singapore. It was founded in 2016 by a Dutch entrepreneur Morten Toft Bech, with the aim of encouraging people to reduce their meat consumption. Their main goal is not solely to cater to vegetarians and vegans, but to create and market their meatless options to entice meat eaters to make easy swaps! I really appreciate that the marketing used is very inclusive and does not demonise eating meat, but only highlights the positives of Meatless Farm’s products. For example, Toft Bech claimed that the mission of the brand is to “make it easy for people to reduce their red meat consumption by switching to plant-based meat alternatives.” He also states that “Making the swap, even if it’s just once a week, can make a huge difference to our planet – it’s the equivalent of taking 16 million cars off the road.” Advocating for a flexitarian based approach is a really significant step towards sustainability.

‍
They have also created a super important partnership with the football team Real Madrid in helping a sustainable food initiative.Real Madrid’s nutritionists will work with Meatless Farm to demonstrate the use of a plant-based foods in a balanced diet, using player testimonials of the impact of them reducing their meat intake and how it has positively impacted their performance. This introduces Meatless Farm and their produce to a much wider client base, many of whom are much less likely to be attracted to a vegetarian or vegan lifestyle, and who likely trust these football players and institutions. I think this is a great marketing move which can actually have significant positive impacts on increasing the popularity of flexitarian type diets! Despite initially being based and distributed within the UK, it has also secured a deal with Whole Foods to be distributed in the USA as well. The majority of the company's funding has come from investors, notably a large grant from the British TV station Channel 4. This is another strong partnership which will help towards widening their impact and client base which is so important in supporting sustainability.