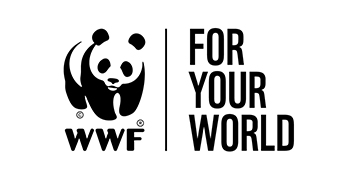 Protecting biodiversity is crucial to ensure that humans remain within the planet’s ecological limits – avoiding ecological collapse and allowing generations now and in the future to live healthy and happy lives. WWF’s contribution to this cause is great and is exactly what is required. However, conservation has long been associated with human rights abuses of local and indigenous communities, and it appears that WWF’s work is not entirely different. Whilst the organisation claims to place people at the centre of their work, they are failing to monitor certain aspects of their conservation programs, leading to unjust treatment of communities living near some of their conservation areas. Ecological justice should not come at the expense of social justice, and thus WWF needs to make sure that both are being equally considered and monitored throughout their projects. Additionally, although the organisation has received funding from many unsustainable corporations in the past, to ‘protect their pockets’, WWF has made promising steps to phase out these donations from these corporations. Thus, it is clear that WWF are trying their best to be sustainable and are still a great and important organisation to donate to.

The WWF is an independent conservation organisation set up to tackle the issue of global nature loss. It exists to conserve biodiversity which is vitally important in ensuring ecosystem resilience in the face of climate change and really just fostering a healthy environment. From a human-oriented perspective, besides offering cultural services i.e. recreation, biodiversity underpins a range of ecosystem services and contributes directly to the production of food, timber, medicines and fibres – all crucial to human lives today. From an economic perspective, it has been found that the degradation of biodiversity can in some cases exacerbate human poverty and that the benefits derived from biodiversity conservation may be 10 to 100 times the cost of maintaining them. Thus, WWF’s mission of conservation is well worth it from an environmental and economic perspective!

WWF also aims to accelerate the transition from fossil fuels to renewable energy, reduce pollution and wasteful consumption and encourage sustainable use of renewable natural resources. In terms of intergenerational justice, the organisation’s purpose is admirable – conserving biodiversity and protecting the planet can help to ensure that we do not leave less to future generations than we ourselves enjoy; allow future generations to create lives that they believe to be good and lastly leave a world in which future generations are not endangered. In terms of ecological justice, WWF is also working toward ensuring that other forms of life are protected. Thus their core values can be considered sustainable.

WWF works with individuals, communities, businesses and governments around the world, to support community management of natural resources and help them to protect those resources against outside threats. This collaborative conservation is grounded in the benefits nature provides to people and the role of Indigenous people and local communities as stewards of their own lands. Thus, the organisation claims that whilst they are a global company, they are rooted locally.

Despite their commitment to indigenous and local communities, WWF has been accused of human rights atrocities across the planet. This includes their role in creating ‘conservation refugees’ by displacing indigenous people from their ancestral land to protect nearby wildlife/ecosystems. Even though such communities often have a minimal environmental impact, conservation prevents the tribal people from hunting and living on land that has belonged to them for centuries. This is an example of mainstream conservation ideas being unjustly forced upon indigenous and local communities by powerful people in the Global North. What’s worse is that the ‘stolen’ land ends up benefiting the rich who visit national parks for recreational activity!

A more recent human rights accusation occurred in 2019 when Buzzfeed released an article linking WWF to conservation rangers in the Congo Basin who were violently abusing the local communities. Atrocities including murder and rape were committed. The accusation supported previous findings by the Rainforest Foundation (UK), leading the WWF to begin an independent investigation into the events. It was found that the organisation was not directly involved in the violence, however WWF had done little to stop it – claiming that they had no mechanisms in place to oversee or monitor this aspect of their conservation project. This makes me wonder how many more atrocities are taking place in the world, that WWF are failing to monitor.

In my opinion, it seems as though WWF is making an effort to include local people and communities in their work, i.e. through various indigenous rights and women empowerment campaigns as well as community development. However, their inconsistency in approaching human rights abuses across the globe is concerning. More work needs to be done by WWF to ensure that both the environment and local people are consistently being protected.

WWF is an independent foundation registered under Swiss law and governed by a Board of trustees under an International president. The current president is Pavan Sukhdev, a winner of several Sustainability awards. Whilst these are the people that are responsible for running the organisation, the majority of the income needed for WWF to function comes from public donations in the form of memberships, adoptions and legacies. The organisation also brings in a significant amount of money through taxpayer funding and federal grants. Thus, in reality, it is normal people like you and I funding some of their conservation efforts.

Whilst WWF claims that the organisation is short of cash, it is in fact extremely well-funded – with nine of their top employees earning more than $300,000. To get this type of money, the organisation keeps in close contact with several celebrities including Leonardo DiCaprio and Prince Charles – both of whom do not always practice what they preach about sustainability! A significant amount of money also comes from several, unsustainable and polluting corporations in exchange for a WWF ‘sustainability’ accreditation. This accreditation aims to lower the footprint of goods and services by helping to address the challenges in the production and capture of natural resources such as seafood, forest products, soft commodities (agriculture and livestock) and hard commodities (extractive industries), as well as promote the production of clean energy and responsible water stewardship. However, there are several companies that have benefited from WWF’s green image whilst carrying on their business as usual, including Coca-Cola, Shell, Monsanto and HSBC. WWF claims that they are now more selective about which corporations they receive donations from, however I did see that they are still associated with Coca-Cola – a company known to do the bare minimum for the environment. Nevertheless, I understand that WWF needs funding from somewhere in order to carry out conservation, and whilst Coca-Cola is not the most sustainable company, it is great to see that WWF have phased out donations from many of the other unsustainable corporations they were previously associated with. Their current donors i.e. the Mava foundation and Drosos foundation seem to be more sustainable, transparent and trustworthy.