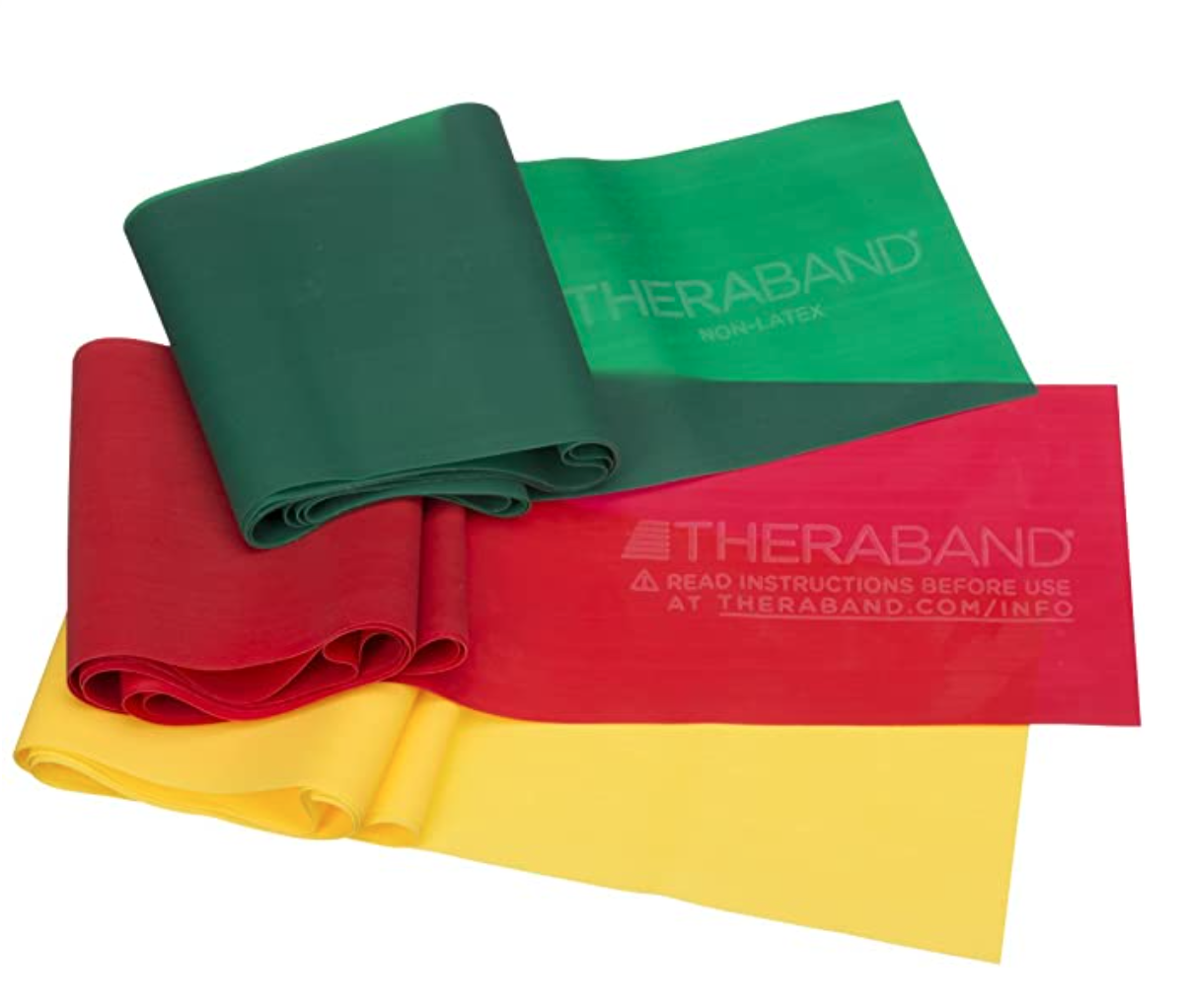 TheraBand resistance bands are great tools for work out and physical therapy yet due to its patent, there is a significant lack of transparency on its souring and manufacturing process. Even though the product is relatively simple and made of natural rubber that can be harvested responsibly, the product does not seem very sustainable due to the possible chemical washes and abuses found in its supply chain.

TheraBand resistance bands are essentially natural rubber latex. It also has the non latex version that is made of synthetic rubber. The natural rubber is of course biodegradable but generally takes a long time to break down. It is generally sustainable because as long as the trees are alive, rubbers can be harvested sustainably. Synthetic rubber on the other hand website does not biodegrade. However, because the company has patent, the website does not specify production process of the bands so we don’t know what kind of chemical washes and the dye the rubber has gone through before becoming the final products that have different levels of resistance. Therefore, I do not know if there are any environmentally toxic additive used in the process. But I would guess that the process is not very environmental friendly as it was first introduced in the 1978 when the world were not aware of the environmental impact of many chemicals.

Similar to the What it’s made section, there is little information on the actual production process most likely because it is a patented technology. There is little information on where the rubber is sourced from but 90% of world’s natural rubber comes from Southern Asia. Rubber harvesting, if not done responsibly, has been associated with deforestation. It has caused massive habitat destruction for elephants, tigers, and other endangered species in the region. The company is owned by Performance Health headquartered near Chicago. It claims that it has operations in the U.S. and internationally so I would assume that the productions are outsourced to minimize cost. So I guess that it does not minimize its GHG emission and overall environmental footprint when there would be a lack of environmental regulation. I am also concerned about the labor practices for rubber harvesting when the production has been repeatedly linked to forced labor and child labor.  Yet due to the lack of information, I can not reach to a conclusive judgement. I give 0.25 planet just for the fact that it uses natural rubber but the lack of transparency really makes me feel concerned.

TheraBand is owned by Performance Health, a medical and physical therapy supply and manufacturing company from the U.S. The mother company claims itself to be “a leader in consumer healthcare and the largest global manufacturer and distributor of products to the rehabilitation and sports medicine markets”. I am not very familiar with this market thus don’t know how much of the market share it takes. But based on its claim and considering sports medicine as a fairly big market, Performance Health should have a large impact yet there is no sustainability report on their website. It seems like they are not concerned about the environment at all and are basically just monetizing their patent technologies. Additionally, their C-suite and board of directors are dominated by white males. This lack of diversity also concerns me on the way they would govern the company and if they are out of touch from its actual labor practices.