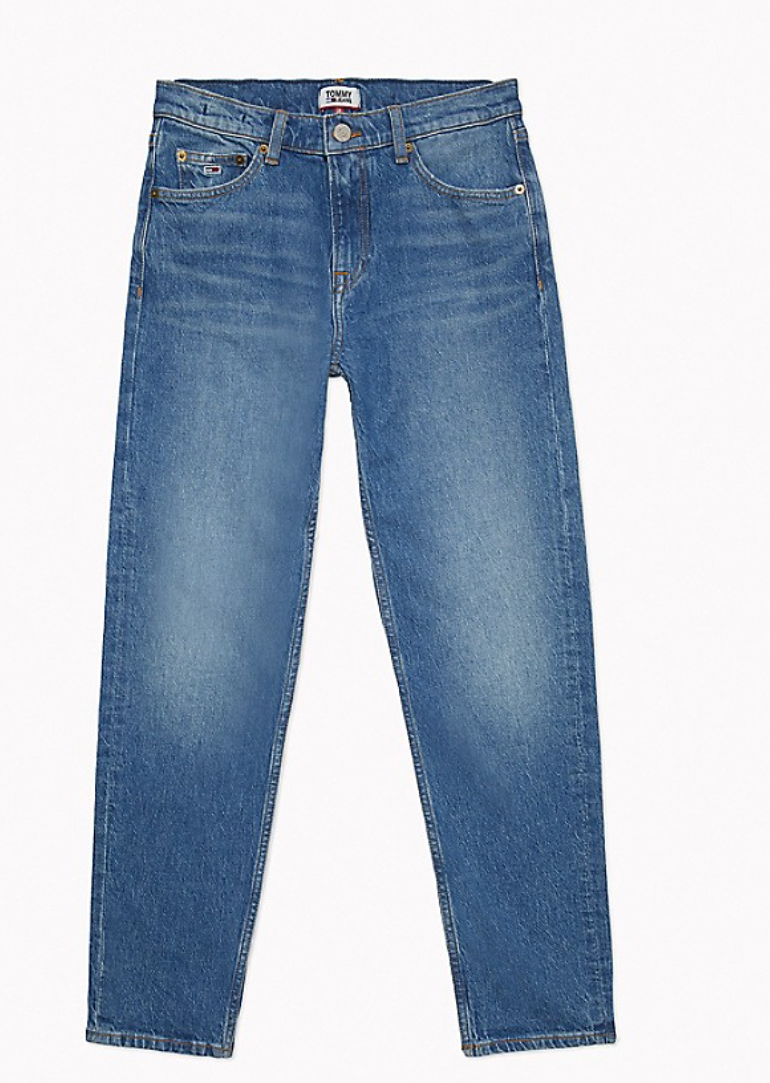 Recycled High Rise Slim Fit Jean is one of the products in Tommy Hilfiger’s Sustainability collection for women. I would appreciate Tommy Hilfiger’s initiative of going towards sustainable fashion, but I would have loved it if they would have been more transparent in terms of their data. When they have mentioned that they have reduced GHG emissions, waste and water usage in this new collection, I would like to know how much they have saved and how much they were consuming before. I would also like to know more about their processing methods as the information was limited. Also, the jean’s original price was $99.50 and currently it is on sale for $44.98, as a consumer if it is not on sale, I would be a bit hesitant in buying it.

The 100 % Recycled Hire Rise Slim Fit Jean is one of the products in Female Jean’s recycled cotton collection. The Jean is made up of 100 percent recycled cotton. It has been mentioned that this product contains independently certified recycled cotton from used textiles and manufacturing waste which is reducing environmental impact. Though, Tommy Hilfiger has mentioned only one ingredient on its website for manufacturing this jean. I would really like to know what the other ingredients are such as the dyes which are used in the processing and their impact on environment.

The processing method is not mentioned on their website. Tommy Hilfiger has mentioned that the product is made from the leftover cotton that may otherwise have been lost was salvaged and they are recycled using an innovative, entirely mechanical process that uses less water and fewer chemicals, reduces waste and generates less carbon dioxide. But they have not disclosed the exact amount of waste, carbon dioxide or water that was reduced compared to previous collections i.e. there is no information if they are on the track to meet its target or have minimized the waste. Also, they have mentioned that the sewing thread used is made from 100% recycled plastic bottles, buttons come from unused stock from previous seasons, and the hangtags are to be made from recycled paper which is believable and shows that they are implementing the 3 R’s of reduce, recycle and reuse. It was stated by Tommy Hilfiger that the recycled cotton collection of 2019 was created at their PVH Denim Center in Amsterdam where they are using laser technology to apply the final wash that will save both water and electricity. However, laser technology is eco-friendly and a sustainable way, but its beam and fumes can cause health hazards. Therefore, I would like to know if the technology is used safely and not causing any harm. Overall, as a reputed brand, I expect more transparency from them in terms of their data because in PVH’s 2019 Corporate Responsibility Report, they have discussed the percentage of sustainable materials and recyclable packaging used by their other brands, but they have excluded Tommy Hilfiger brand from the list.

Tommy Hilfiger brand was founded in 1985 and today it covers a range of products including the Hilfiger Collection, Tommy Hilfiger Tailored, men’s, women’s and kids’ sportswear, denim, accessories, footwear, fragrances, eyewear, watches and home furnishings. It is owned by PVH Corp. in 2010 and currently, it has an extensive distribution network in over 100 countries and more than 2,000 retail stores throughout North America, Europe, Latin America and the Asia Pacific region. Though, Tommy Hilfiger did mention about Gender equality and talked about their wage gap between male and female employees in the UK which was interesting to know as in PVH’s UK gender pay gap report of 2018, 47% of Tommy’s female employees had received bonus pay while 42% for their male employees had received it. That shows Tommy Hilfiger is bridging the wage gap. Also, Tommy Hilfiger is working on improving wages in its supply chain but again there is no evidence that it ensures payment of its hourly workers. Tommy Hilfiger also discloses policies to protect suppliers in its supply chain from the impacts of COVID-19 but not the workers which is a bit disappointing to me. One more thing, if we exclude the sustainability collection which is manufacturing in PVH’s Amsterdam center, it was mentioned in one of the articles that 40% of its clothing is imported from China and 7 of the top 10 importers are in Asia. Most of the Asian countries are developing or under-developed nations. Hence, I would really like to know the working conditions of the employees in its factories which is not mentioned on Tommy Hilfiger’s website and I hope there are no cases of child labor in those factories. Overall, I expect Tommy Hilfiger to be more transparent and recently they have scored 54% in the 2020 Fashion Transparency Index which is something they should look to.