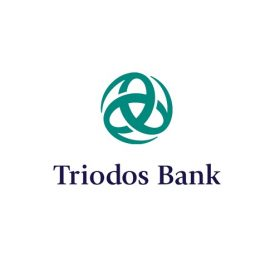 Can ethical and banking ever exist on the same lines? According to Triodos Bank, yes. Money can a force for good. Triodos offers products and services such as retail banking, private and corporate banking, investment management, current accounts, saving accounts, and more. However, Triodos is a certified B Corp that only finances companies contributing to the welfare of people, the environment, or culture. These categories include renewable energy, organic food and farming, social housing, and charities. So for every £1 you save with Triodos, they lend out 84 pence to projects with positive impact. You can even see the projects they’ve financed near your location in your current account mobile app.

Now you might be wondering whether Triodos is just some new trendy neobank. Surprisingly, Triodos is not. In fact, Triodos dates back to the 1960s, where it arose from a Netherlands study group on how money can be managed sustainably to provide positive direct investment. Launched in 1980, Triodos was the first bank in the Netherlands to finance wind turbines, biodynamic agriculture, organic supermarkets, Europe’s first green fund, and green mortgages (in which your home’s energy label is linked to the interest you pay). They’ve also pioneered other projects beyond the Netherlands too. For instance, they started the Sustainable Finance Lab Foundation to support the financial sector contributing to better humanity and the environment. Triodos also helped found the Global Alliance for Banking on Values, an international movement involving nearly 50 financial institutions committed to “advancing positive change.” Yep, it’s safe to say Triodos is the OG of ethical banking.

Ultimately, Triodos’s pioneering approach to responsible and transparent banking makes them different. While Triodos definitely isn’t perfect, as I’ve highlighted below, I respect their candor in admitting so. I really appreciate their transparency on different fronts such as publishing in-depth reports of their company practices and a list of every organization they’ve funded. These factors allow me to believe that Triodos has set a pretty good standard for sustainable banking worldwide.

A plastic substitute called polylactic acid (PLA) makes up Triodos’s card. PLA is made from renewable sources such as plant leaves and corn instead of petroleum, which means it is biodegradable, recycle, and non-toxic upon incineration. Do note that not all of their card is biodegradable — the chip and strip isn’t biodegradable, but it’s recyclable. I’d also like to highlight that PLA is only compostable under certain conditions. It’s not as if your card will just biodegrade easily if you just leave it with your organic waste. Still, Triodos’s claim that this card is the most eco-friendly option on the market checks out. PLA has the second largest production volume of any bioplastic and can be produced from existing manufacturing equipment used for petrochemical plastics. After all, Triodos is still limited by having to meet requirements for safety and reliability, along with contactless payment, chip, and PIN. In light of the points I raised above, I feel Triodos did the best they could.

I’d like to applaud Triodos for this section, as they dedicated a webpage to address their card’s sustainability concerns and were rather transparent about their card materials and limitations. They’ve even added a section on how to dispose of the card once it expires! However, I was most impressed with Triodos openly admitting their unsustainable practices. They highlighted that their digipass for online banking was not being environmentally friendly, as they couldn’t source appropriate suppliers for it while simultaneously protecting their customers’ online safety. Triodos claims they’re seeking alternatives and provides options in the meantime such as allowing customers to return their digipasses once done for recycling. As a consumer, it’s refreshing to see corporations highlight their shortcomings and I bumped up Triodos’s rating for that.

For this section, I’d like to touch upon two aspects: Triodos’s minimum standards policies for funding companies and their sustainable office. Firstly, Triodos’s minimum standards policies are readable and comprehensive, spanning areas of environmental justice such as health and safety, human rights, and governance. For example, Triodos excludes companies involved with ‘conflict minerals’ such as gold and tungsten, which originate from regions of armed conflict. Financing the mining of these minerals would be financing fighting parties with control over mines and fuelling conflict. Other points Triodos addresses include alcohol, gambling, pornography, tobacco, weapons industries, and labour rights abuses. I’m pretty impressed by their considerations and I’m not the only one that feels so — the International Campaign to Abolish Nuclear Weapons has recognized Triodos for their policies of excluding all companies involved in arms-related activities.

Triodos similarly takes their sustainability aspects seriously. Their minimum standards report outlines their approach to biodiversity, deforestation, energy, genetic engineering, hazardous substances and contamination, natural resources and mining, and water. In 2017, 38% of Triodos loans financed environmental projects such as renewable energy, organic agriculture and environmental technology. Overall, Triodos has a detailed policy for its investments and lending. Triodos also scores transparency points from publishing the list of companies they hold shares in and how it voted in their AGMs.

Next, Triodos has an impressive sustainable office next to a forested preserve in Driebergen, Netherlands that prioritises nature and circularity. For instance, it’s shaped to minimise light pollution and to avoid local bats’ flight paths. There is also a pond outside where wildlife can drink water; this enhances its natural surroundings. Building materials are logged in Madaster, a public database for transparency and waste tracking. Instead of steel and concrete, the building is also made from wood, which is carbon neutral. Furthermore, the office utilizes daylight with transparent walls and windows so employees avoid artificial lights. Their office is also powered by renewable energy, with geothermal heating and cooling and solar energy for charging electric cars. Triodos also encourages employees to bike or use public transport by having changing rooms and showers for bike commuters and choosing a location near the train station. Nonetheless, this is just one of Triodos offices and I couldn’t find much on whether their other offices are powered by renewable energy or if they are sustainable. Still, their office and policies set a high bar and deserves credit.

Triodos has a co-worker report which holds their organizational culture and goals accountable. From reading the 2020 report, I gather that their main pain point is leadership and professional development for their employees. This checks out with many Glassdoor reviews, where many employees have highlighted the lack of developmental opportunities for their career progression. This averages Triodos’s Glassdoor rating to 3.6 / 5 at this time of writing. Nonetheless, Triodos claims to be working on this by implementing their Learning Hub across their groups to provide learning opportunities and training to employees in 2021.

Pain points aside, Triodos’s labor practices have strong points. Triodos has ramped up diversity and inclusion efforts by signing on the Diversity Charter, where they have to report on diversity and inclusion for accountability. They’ve also hired Diversity and Inclusion Officers which is another good sign that they factor diversity in seriously. I also like how Triodos takes their employee concerns seriously regarding flexible working. They’ve held surveys and dialogues on remote working and are working to implement those outcomes. Triodos has provided laptops to all co-workers and supported remote working conditions in home offices. They’re also keeping employee voice in mind as they welcome hybrid working in the new normal to befit their employees, reducing reliance on office spaces and travel emissions.