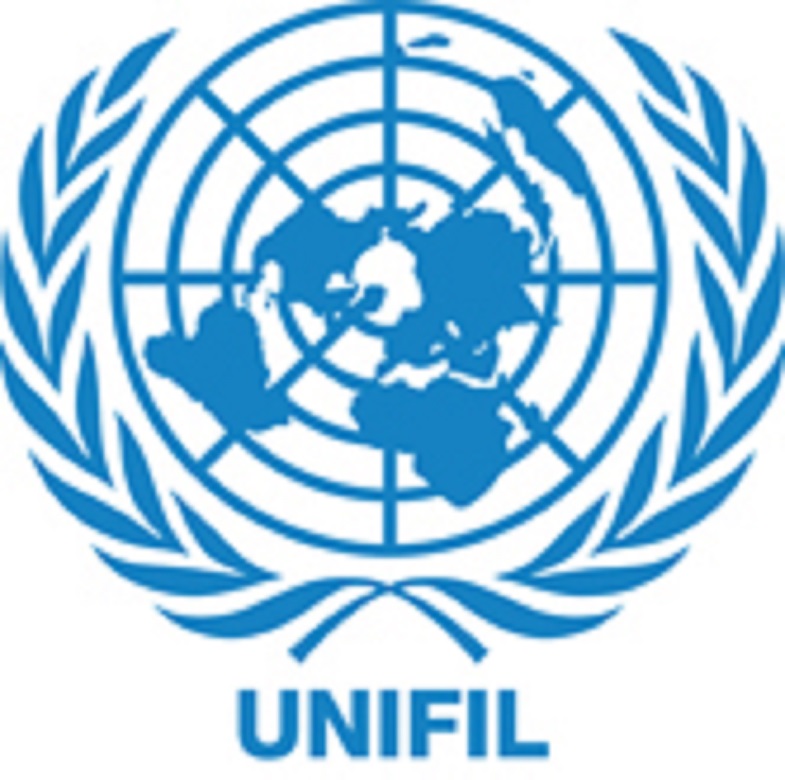 The United Nations (UN), an intergovernmental organization established for the purpose of fostering cooperation between nations, is infamous for having no real power to influence governments. This is not only because the UN respects the sovereignty of individual nations, but also because it has no enforcement mechanisms in and of itself to make countries do what the UN tells them to. Despite these limitations in the UN’s ability to bring change, one field unique in this aspect is that of UN peacekeepers. Although UN peacekeepers are made up of military personnel or civilians contributed by individual nations, they are there on a UN mandate, and identify as UN peacekeepers. This makes UN peacekeeping operations a rare example of the international community working together on a certain issue.

With the creation of the sustainable development goals, the UN has clearly demonstrated its desire to help countries develop sustainably. This should surely be reflected in peacekeeping operations, including the one in Lebanon, called the United Nations Interim Force in Lebanon (UNIFIL). The UNIFIL was deployed in response to Israel’s invasion of Lebanon in 1978, which led to the signing of UNSC resolution 425 on March 19, 1978. This resolution tasked the peacekeeping force with confirming the withdrawal of Israeli forces from Lebanon, restoring international peace and security, and assisting the Lebanese government in ensuring the return of its effective authority in the area. While these objectives do not directly reference sustainable development, in 2006 the Security Council expanded the mandate of UNIFIL to include helping ensure humanitarian access to civilian populations and the voluntary and safe return of displaced persons. Overall, these efforts are in the right direction of helping Lebanon recover from its crises, considering their role in making Lebanon more independent and paving the way for future development.

The UNIFIL is made up of 11,100 peacekeepers that are drawn from 44 countries. These peacekeepers have various tasks, such as clearing landmines in South Lebanon, making sure there are no violations of the Blue line, a line of withdrawal identified by the UN to confirm the withdrawal of Israel Defence Forces (IDF) from Lebanese territory, and supporting the Lebanese Armed Forces (LAF) as they deploy throughout the South of Lebanon. The UNIFIL also has a Maritime Task Force (MTF) that secures Lebanon’s coastline by reporting suspect vessels to Lebanese authorities, so that Lebanon can prevent the entry of arms and related material without its consent.

UNIFIL’s demining task force, the UN Mine Action Service (UNMAS) Lebanon, was primarily intended to carry out operational tasks to help demarcate the Blue Line, but it also conducted humanitarian demining to help protect civilians from unexploded landmines and other explosive remnants of war (ERW). Unfortunately, this was discontinued to prioritize the facilitation of Blue Line demarcation, and to ensure the safety of patrols executed by UNIFIL peacekeepers.

In all the areas mentioned above, the UNIFIL is currently in the process of transferring its know-how and positions to the LAF, so that it can one day assume all the responsibilities that the UNIFIL has now. The UNIFIL is handing over its positions in the Blue Line to the LAF, which will then hold patrols on its own, and the MTF and UNMAS Lebanon have been working on increasing operational capacity within the Lebanese navy and Lebanon Mine Action Centre. With this respect, the UNIFIL can be seen as highly sustainable, as it focuses on the long-term development of Lebanon as much as it does the immediate developmental needs of the country.

The deployment of a new UN peace operation starts with an initial consultation that includes all relevant United Nations actors, the potential host government and the parties on the ground, troop-contributing member states, regional and other intergovernmental organizations, and other relevant key external partners. Much of the information on the situation at hand is gathered by the Secretariat of the UN, which then issues a report to the Security Council detailing the options for the establishment of a UN peace operation, including the size and resources appropriate for this case. Once the Security Council decides that a peace operation is appropriate, it formally authorizes it by adopting a resolution. Then, the budget and resources are sent to the General Assembly for approval. The Security Council regularly reviews reports and briefings on the mission, and renews and adjusts the mission mandate as required until the mission is completed or closed.

Peacekeeping missions all abide by three basic principles: consent of the parties, impartiality, and non-use of force except in self-defence and defence of the mandate. The first principle requires that UN peacekeeping operations be deployed only with the consent of the main parties to the conflict. Whilst this principle severely limits the scope of operations that the UN can participate in, it also prevents the infringement of national sovereignty by the international community. The latter is a pressing concern, mostly because of the overwhelming influence that the main victors of WWII, the United States, United Kingdom, France, Russia, and China, which are also known as the permanent five, have in the Security Council. The principle of consent of the parties is therefore valuable in preventing the permanent five members of the Security Council from utilizing peacekeeping operations for their own interests. The principle of impartiality means that a peacekeeping operation must not give any party preferential treatment. One way of understanding this is to see the UN peacekeepers as referees, which do not support one party over another, but do penalize infractions of the peace process or attempts to block the peacekeepers from the execution of their mandate. The principle of non-use of force except in self-defence and defence of the mandate adds to the first principle in making sure the UN does not overreach in its attempt to keep the peace. In spite of these principles however, the Security Council is granted extraordinary powers by the UN charter, specifically in chapter 7, which allows for peace enforcement without the consent of the parties. This chapter conveys the importance placed on international peace and security by the founding members of the UN, as they saw intervention as necessary when peace cannot be maintained by the state. But, this chapter is rarely invoked by the Security Council, and most peacekeeping missions are associated with chapter 6 of the UN Charter, which calls for the pacific settlement of disputes and the consent of parties.

Whilst the UNIFIL has enjoyed much success due to the parties’ consent to the deployment of peacekeepers and the resolve of the troop-contributing countries, not all UN peacekeeping missions have ended in success. One salient example is the United Nations Assistance Mission for Rwanda (UNAMIR). The UNAMIR was deployed to Rwanda in 1993 in response to a civil war, one year before the Rwandan genocide, yet was unable to prevent the deaths of close to a million people. The failure of the UNAMIR can be largely attributed to the Security Council’s inaction, as well as troop-contributing countries’ decision to pull out of Rwanda. This incident showed how powerless the UN is against the interests of its members, as the countries chose to prioritize their own interests rather than the interests of those in need. Unfortunately, there is a possibility of this situation occurring in Lebanon, if support for the mission decreases and countries decide to pull out their troops.

Considering the various interests that the UN has to weigh in its decision to deploy and renew peacekeeping operations, it is almost a miracle that UNIFIL has lasted for this long. While UNIFIL has not faced the problems that other missions have, it nonetheless suffers from fundamental weaknesses that apply to all peacekeeping operations. The success of a peacekeeping operation is reliant on the consent of the parties involved (because peacekeeping missions must be closed if there is no consent) and the support of troop-contributing countries as well as security council members (especially the permanent five). In addition, there is no clear cut way to determine whether a peacekeeping operation will be net beneficial in improving the situation. The inclusion of all these factors when deciding to form a new operation or renew one makes peacekeeping operations in general very precarious and variable. On the one hand, all these interests must be weighed for there to be a solution that benefits all parties, but with the slightest disagreement between parties, no action will be taken. Therefore, despite the successes of the UNIFIL, the process in which it was created and is maintained cannot be considered very sustainable.

As stated above, UN peacekeepers are made up of troops and civilians from various countries. For UNIFIL, the top five contributors of troops are Indonesia, Ghana, Nepal, India, and Malaysia.

UN peacekeepers include civilian, military, and police personnel. The UN is actively trying to increase the number of women peacekeepers, who currently make up 4.8% of military contingents, 10.9% of formed police units, and 34% of justice and corrections government-provided personnel. But, the decision to deploy women peacekeepers lies with individual member states.

The UN does not pay peacekeepers out of its own funds, but has the governments from where they are sourced pay the personnel according to their own national rank and salary scale. Then, the United Nations reimburses nations who contribute peacekeepers at a rate of $1,428 USD per soldier per month as of July 1st, 2019.

Dating back to 1992, UN peacekeepers have been accused of sexual misconduct, and the issue has been receiving wider publicity as more and more allegations come to light. Studies have shown that sexual exploitation and abuse (SEA) is more frequently reported in situations with lower levels of battle-related deaths, in larger operations, in more recent operations, the less developed the country hosting the mission, and in operations where the conflict involved high levels of sexual violence. Fortunately, there have been no allegations of sexual misconduct by peacekeepers located in Lebanon yet, but the systemic factors leading to SEA are common to all peacekeeping operations, the main one being the lack of legal repercussions for committing SEA. This issue reveals a critical shortcoming in the UN’s peacekeeping system, which individuals have readily exploited. Even though peacekeepers are deployed representing the UN’s banner, they are still held accountable by their own nation’s laws, which may not punish crimes committed overseas.

Although the UNIFIL has been able to avoid allegations of such conduct, the people in need of aid are still in danger of being exploited. Until there is a system is in place that holds perpetrators of such actions accountable, the people that make up UNIFIL cannot be considered as mindful of sustainability.