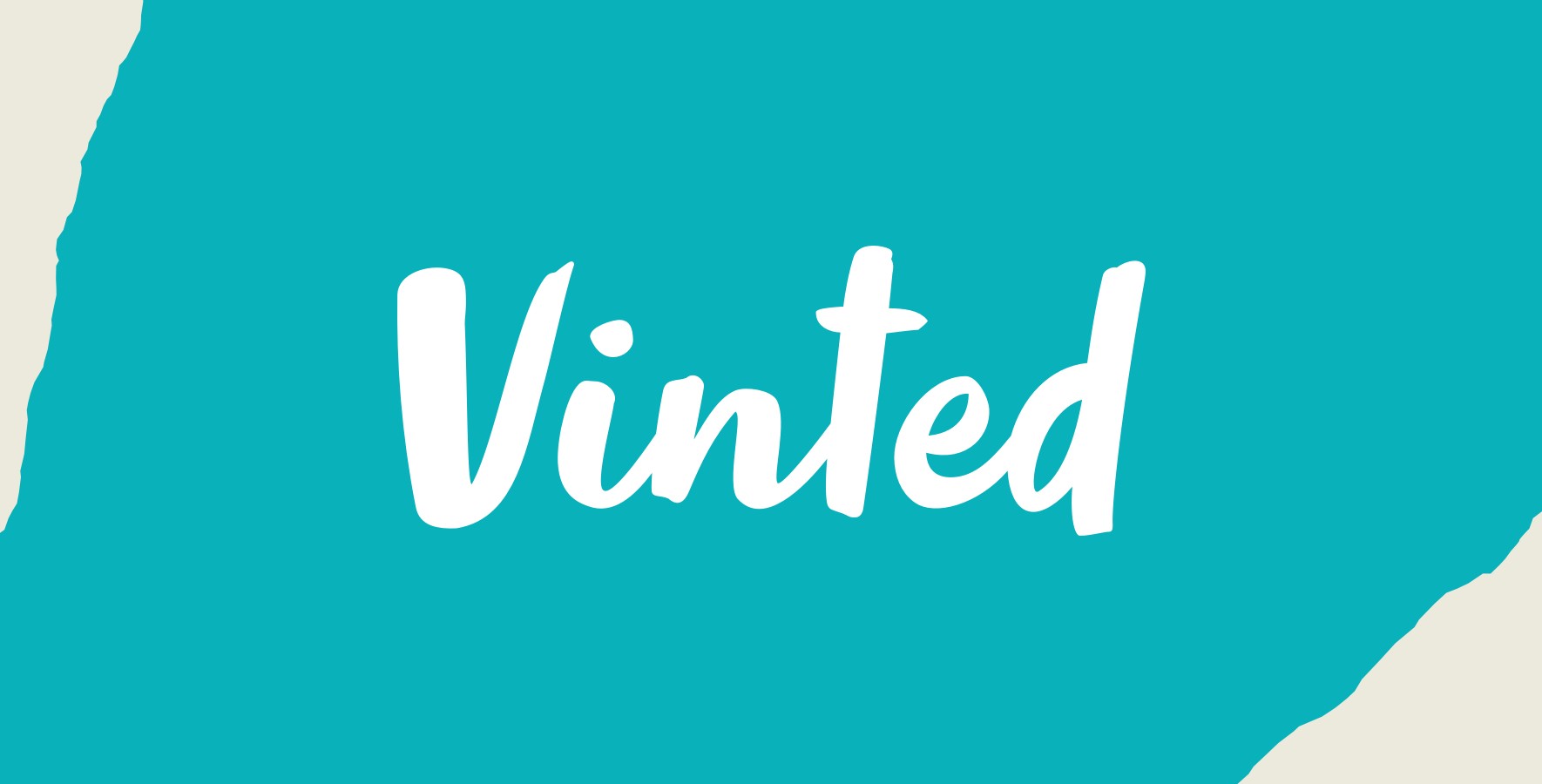 Vinted is a European online marketplace for second-hand clothes, a big rival for the likes of Depop and eBay. Founded in 2008 by Lithuanians Milda Mitkute and Justas Janauskas, Vinted’s goal is to help create a more circular economy by promoting the use of pre-existing garments in order to minimize the fashion industry's impact on the environment. Apps like Vinted are a step in the right direction towards promoting a slower fashion industry focused on reusing and upcycling rather than constant production. As such, you would expect them to be transparent and open about their relationship to sustainability. This is unfortunately not the case. While its biggest competitor Depop has released a sustainability report detailing its future goals, Vinted has released nothing of the like. They have some commendable projects which aim to increase the amount of women in tech jobs, but this is the extent of their contributions to social causes. Instead, Vinted seems to repeatedly place the onus of being environmentally friendly and socially responsible into the hands of the consumer. Part of me would like to rate Vinted highly for slowing down fast fashion by promoting second-hand apparel, but I don’t think we, as consumers, should accept the bare minimum. Greater transparency and commitment is desperately needed by Vinted in their goal to reduce the environmental impact of the fashion industry.

Vinted is a platform that allows users to upload and sell clothing garments, accessories, beauty products and homewares. It has been labelled as a less “gentrified” version of Depop, with a slightly older user base. Depop has garnered a bad reputation for instances of drop shipping, where sellers will list garments they do not actually own, typically from fast-fashion retailers. They will then place the order through the fast-fashion website and deliver it straight to the buyer’s house. This practise is harmful as it negates the more “sustainable” aspect of a second-hand marketplace, placing more money in the pocket of the fast-fashion retailer. Moreover, some users will buy large amounts of the more desirable garments in charity shops simply to upsell them on Depop at an inflated price. This practise comes at the expense of those who rely on charity shops to find clothing at a discounted price, and moreover, leads to an inflation of prices on the Depop app. While I’m sure these practises do occur on Vinted as well, from my personal experience and the experience of others, it happens much less. Prices tend to be a bit lower on Vinted, but you may have more luck finding “trendier” pieces on Depop. For sellers and buyers alike, it is a matter of knowing your market. I’d be inclined to call Vinted a bit more sustainable than Depop in this regard, but because it comes from the actions of the users rather than the platform itself, I feel a higher rating is not totally deserved.
According to the UN, the fashion industry is responsible for 20% of the global wastewater output, making it the world’s second biggest water consumer. In this way, buying through Vinted helps reduce the amount of water used from the production of new clothes. However, another environmental issue regarding the fashion industry concerns the microplastics released when synthetic garments go through the wash. The effect of these microplastics which make it through wastewater treatment plans and into the ocean pose a severe threat to marine wildlife. This is not a problem necessarily solved by platforms like Vinted, and moreover, they do not seem to be making any particular effort to use their platform to raise awareness about this issue or to make material change.

Vinted has a user base of 45 million people globally, trumping Depop’s 30 million. Furthermore (and in contrast to Depop), Vinted allows sellers to post their items without any listing fees, making it an attractive platform for sellers, especially for those who may rely on selling their second-hand garments as a key part of their income.
The way Vinted makes a profit is through buyer protection fees and paid features such as Wardrobe Spotlight, which increases a listed product’s visibility. The buyer protection fee is an added charge which safeguards a buyer’s money, costing typically 3-8% of the item before postage with an added £0.30–0.80. While Vinted’s CEO declined to divulge their overall profit as a company in 2021, we can assume that they are turning over a successful profit, as the company is valued at €3.5 billion. We would hope, as a consistently growing company functioning within a sustainability-focused market, that Vinted could use some of their high profits to support environmental or social justice causes. According to their Instagram, Vinted took part in a campaign run by ReFashion to promote circular fashion, but it is difficult to ascertain exactly what their contribution or impact as part of this campaign was.
Vinted is apparently trialling a way for its sellers to give a portion of their earnings to a charity, and encouraging buyers to add extra to donate to charity. While it is helpful in some ways for the platform to afford this opportunity, it once again places social responsibility in the hands of the app user, rather than the company itself. Does Vinted donate any of its profits to charity? Nothing online would suggest they do.
Finally, we must consider the key way this app functions. As an online marketplace, sellers must ship purchased items to buyers, with Vinted being the central facilitator to this practise. It is my strong belief that in their role as facilitator, Vinted should take at least someresponsibility over the emissions released through shipping. Depop, for example, has committed to offsetting 100% of the greenhouse gas emissions caused by shipping. While offsetting is not the be all and end all of sustainability, it at least demonstrates awareness and responsibility on behalf of their competitor. Vinted has no information available anywhere regarding the emissions caused through the use of their app, and no goals to reduce or offset them. This is extremely disappointing, considering Vinted likes to frame itself as a “sustainable” alternative to fast fashion.

According to their website, Vinted employs over 800 people, mainly across Europe but also in the USA and Canada. This team apparently includes members from varied cultural backgrounds, but there is no other mention anywhere online about diversity commitments or schemes in Vinted’s hiring process. Since the pandemic, employees have the option to work from home three days a week as part of their new hybrid workplace model. There is also little information about material benefits employees have, such as parental leave. Employees do, however, get access to remote workout classes and a personal budget for Vinted shopping. It seems suspicious to me that they would choose to advertise menial benefits such as these instead of other, more impactful benefits. Are they trying to hide something from us?
According to their @weworkatvinted Instagram account (a secondary account to their main @vinted handle), their main Lithuanian office recently moved. The new office is apparently fitted out with almost all second-hand furniture, natural and recycled materials where possible, and is energy-efficient. To me, this feels like greenwashing, considering how little else Vinted seem to be doing to go beyond simply providing a platform for second-hand shopping. Moreover, the fact you have to locate their secondary Instagram account to even find this out is frustrating. As a supposedly “sustainable” company, Vinted should have a page on their website which details all of this information.
There is some good news, however. As mentioned at the beginning, Vinted is strongly committed to increasing the number of women in tech jobs. First of all, they have a paid internship opportunity known as ‘Vinted Academy’ which aims to provide a more accessible way for young people to enter into the tech world. They have also partnered four times with IronHack, providing women with scholarships to attend IronHack training courses in Europe. Finally, they are partnered with Women Go Tech, a Lithuanian mentorship programme, to help their female team members to develop in the tech sector. It is great that Vinted have identified and stuck with this commitment, and it would be even better to see transparency from Vinted regarding how many women (and women of colour) are in leadership positions within the company.