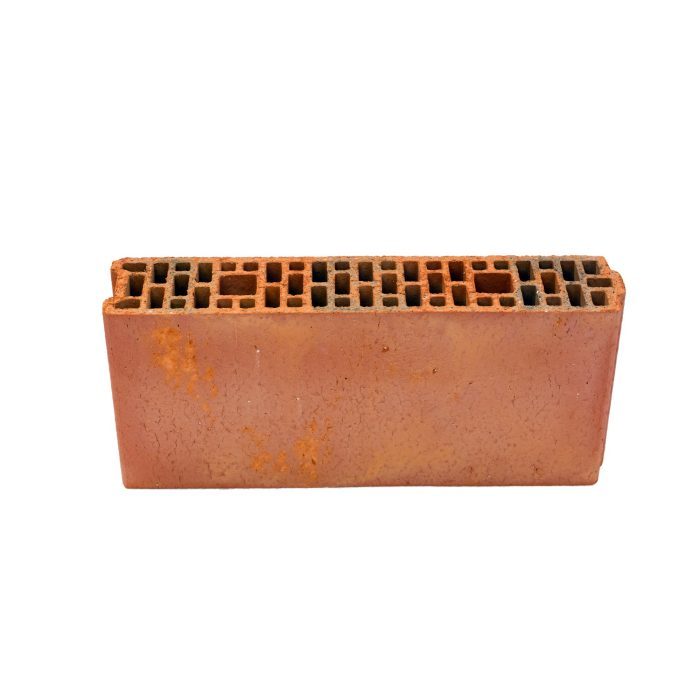 Clay Blocks by Wienerberger - specifically UK’s section of the leading global brick manufacturer - are modern wall construction materials that provide high thermal and acoustic performance, much greater than traditional brickwork. Despite all of its advantages and vast popularity in Europe’s residential construction, in the UK the product does not appear to be as miraculous. These blocks are not produced locally, but imported from Belgium, consequently leaving a greater carbon footprint behind. This and the lack of actions to improve the energy sourcing in manufacturing shows how outdated the product is and how much the company has to catch up on the topic of sustainability.

As an alternative to traditional brick, the Porotherm block was designed to be made from clay, which is safe, natural, easy to source, and very durable. Clay has been used in construction for centuries to act in a similar way to masonry. Excavated from the ground almost everywhere in the world, it can create endless types of brickwork characteristic to particular places. However, this is not the case with Porotherm. Due to its engineered structure and perforated shape, the clay consistency and properties cannot vary in location to provide the desired high performance. This is probably why these are not produced in the UK, but only imported from Belgium, consequently causing a greater carbon footprint. Also, it’s important to point out that in contrast to Central Europe, the product is limited in the UK, which means that it’s not sufficient enough to cover the majority of construction demand.

Apart from clay, the product also consists of Materials from Alternative, Recycled, and Secondary Sources (MARSS), which reduces the consumption of virgin clay resources. This shows that the company cares about future generations and sustainable resource management. Although there are great amounts of clay, which can continue being exploited for decades onwards, it’s worth remembering that this resource is not renewable. In the case of unsustainable management, we can run out of it just like we did with with other fossils. As explained on the website, the percentage of secondary materials vary according to a product and factory, and the information about it is available only under request.

Clay Block is a type of brick that is produced by extruding the clay mass through a perforated rack, achieving a precise continuous shape that then gets cut into individual blocks. This engineered brick structure with air canals on the inside provides great thermal insulation properties, which allows for more energy efficient construction. After forming comes drying, and than the bricks are baked at 1000-1100 degrees C to achieve great durability. Although the temperature for Porotherm kilns is lower when compared to traditional brick, firing clay is still an extremely energy consuming process. Unfortunately, the company does not take any actions to lower their negative impact. Wienerberger still relies only on burning natural gas, which is unacceptable for such an enormous industrial production nowadays.

As it turns out, most of the product’s sustainability benefits become visible in the pre-use stage of the product’s lifecycle. In the construction process, Porotherm requires less resources and is significantly more economical. As a result of replacing vertical mortar with shape joints, the building process requires 95% less water and can be completed almost three times faster when compared to traditional techniques. This is especially important in the context of Britain’s housing crisis. It allows people to build quality homes fast, keeping the value accessible for the lower middle class.

Wienerberger is a huge international building material solutions manufacturer that originated in Austria over 200 years ago. It operates in over 35 countries, with each of them having a separate business unit running their own production and sale. In terms of sustainability actions, the parental unit presents a unique target set called Wieneberger Sustainability Program 2023, according to which the company committed to decarbonize their production by 15% from 2020 and move to 100% circular economy production, meaning that every product will be reusable or recyclable. There are also some social targets set up, such as improving the gender diversity of the employees or engaging into more community projects. As for a global brand having such a huge international range, these goals are seemingly reasonable. The problem, though, is that depending on the country, units have inconsistent approaches. While the UK is very active in community projects, donating clay to primary schools, the Polish unit does not even mention the topic of sustainability on the website. Another fact that raises a concern is their energy production strategy. It is quite surprising that such an old developed manufacturer still relies almost only on burning natural gas. Surely, using it instead of coal results in lower emissions, but the fact that there are no realistic plans to move away from to any kind of renewable resource is purely unacceptable. Overall, it comes to the conclusion that more ambitious targets should be set up and the actions should be consequently introduced to all of the countries.