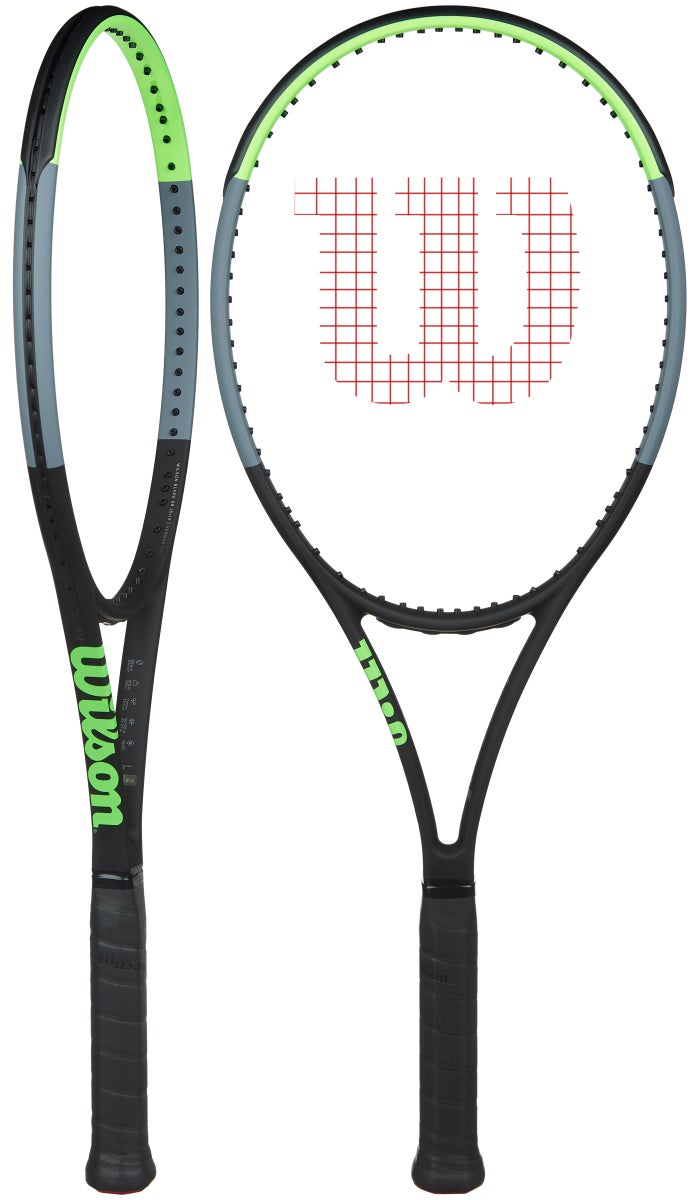 The Wilson Blade 98 is a top-of-the-line racket, and Wilson’s most popular racket among serious tennis competitors. Right now, the racket sells for $219 brand new. The popularity of Wilson rackets among pro players is increasing, competing with Head and Babolat (which we previously found to be unsustainable). If Wilson is going to dominate the tennis world, they should responsibly produce their rackets and be transparent about it. As it stands, they don’t offer much insight into their process and they have only made half-baked attempts at sustainability.

The body of the Wilson Blade is made of braided graphite and basalt. Graphite is a soft metal ideal for flexibility, and it is used for electric lithium-ion batteries in high demand across the globe. Graphite is mostly mined in China, Brazil, and Turkey. The mining process suffers the problems of mining other metals like contaminating soils and polluting the air. Another issue with graphite is the purification process, where most plants just dip the graphite in hydrofluoric acid which eats all of its impurities but must be somehow recycled or dumped. Hydrofluoric acid can cause significant health problems with exposure and is so corrosive it cannot be drained, but rather has to be neutralized and stored or dumped with wastewater after being treated. However, there are new more environmentally conscience purification methods not involving hydrofluoric acid, but rather using a solution that slowly removes impurities. Basalt is a volcanic rock that is regenerated yearly by the Earth. Basalt fibers are not a problematic material and also have the potential to replace glass fibers used in the automobile industry. The strings on the Blade can be chosen from a variety of options. Tennis strings can be made of nylon, polyester, or animal guts (primarily cow). The natural gut strings are the most environmentally sound option since they are biodegradable and are produced as a byproduct of meat production.

Like most tennis rackets, Wilson rackets are manufactured in China due to the lower labor costs. Wilson is not transparent about their manufacturing process so I can’t assume they are monitoring their labor practices any more than other huge companies outsourcing labor to China. Under the California Transparency in Supply Chains Act they are required to disclose that they assess their manufacturers for slavery and human trafficking, but that is as far as they explain. At the least, there are no allegations against the labor practices of Wilson.
The racket itself is made from molding and heating the metal fibers used for it, then drilling holes for the strings. The frame is then painted with solvent-based dyes and paints which are known to release volatile organic compounds (VOCs) into the air which can form ground-level ozone and cause negative health effects.

Wilson is an old sporting goods company, founded in 1913 and based in Chicago, Illinois. They make equipment for many sports and have generally always been reliable quality. They made their first forays into sustainability with “Triniti” tennis balls which last longer and aren’t packaged in plastic. They have also experimented with the “Naked Series” rackets which are not painted or packaged in plastic, and trees are planted with every purchase. I can’t attest to the quality of the rackets, but the prices are completely absurd. The Naked version of the Blade is $499, more than double the cost of the normal Blade that has paint, dyes, and more expensive packaging. If Wilson wants to be a sustainable company, then why did they price their sustainable racket so nobody would buy it? There is no reason the Naked Blade should be more expensive, and planting trees seems like an excuse for it. Wilson could make their standard rackets dye/paint free with cardboard packaging if they really cared. They have yet to release an ESG/CSR report publicly.