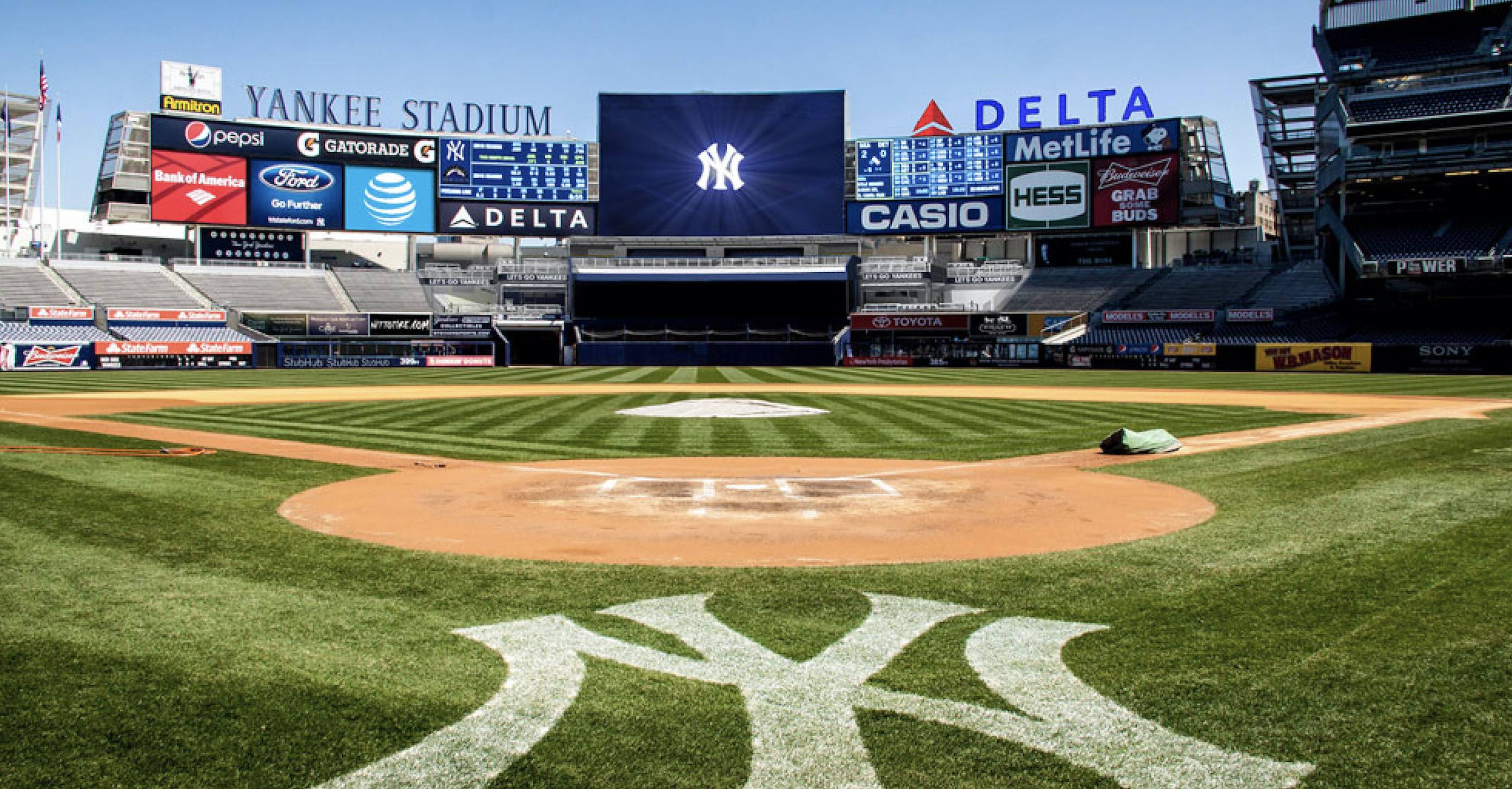 Being a Yankees fan, I knew of some of the sustainability initiatives that the organization has worked on throughout the years, however, I did not foresee the depth of how much planning and consideration was involved from the original construction to the different changes made throughout the years. Being as unbiased as possible, the New York Yankees are an important standard for sustainability in the sports industry. This is especially important to contextualize in terms of how many fans sports can attract globally!

Yankee Stadium is home to the famous New York Yankees baseball franchise. With an estimated valuation of over 5 billion dollars, the Yankees represent a premium sports brand that is well-known globally. As such, it holds expansive power to influence its fans and sports enthusiasts all over the world in the way it conducts sustainability practices.

And, it does not disappoint. The construction of Yankee Stadium (which began in 2006 and concluded in 2009) includes The Great Hall, which is a large (31,000 sq ft) stylish entryway that boasts massive open-air archways to allow for natural ventilation. This helps the building stay cool in the hot summer months without the need for air conditioning units. Effectively, this saves enough energy to power 125 New York City apartments a day. The stadium itself also was constructed in a sustainable manner. The structural steel was made from recycled materials and the concrete forms are reusable. 75% of construction waste was also diverted away from landfills.

Since its construction, Yankee Stadium has also undergone several changes that have helped improve sustainability efforts. In 2016, it installed LED field lighting with state-of-the-art energy-efficient lighting systems. These lights are 40% more efficient than the previous field lights and save enough energy to power 45 homes every day. The stadium also promotes a circular economy of composting, recycling, and reuse of waste cooking oil, which allows for 85% of the total generated trash to be diverted away from landfills (90% is generally the threshold to be considered zero-waste). The 20,000 gallons of reused cooking oils are converted into biofuels results in a carbon reduction equivalent to removing 27 cars from roads for an entire year. The stadium also uses high-efficiency management to conserve water (over 3 million gallons saved per year compared to the previous stadium) and ensure healthy air quality.

Regarding unavoidable greenhouse gas emissions, the Yankees work with the South Pole Group, a highly reputable company that helps with GHG offsetting. The Yankees also don’t own any public parking garages to encourage fans to travel to the stadium via public transport and reduce the number of cars on the road. Albeit, this is helped by being located in one of the largest public transit cities in the world.

In terms of sports stadiums and venues, Yankee Stadium is at the forefront of sustainable practices. Their attention to so many different facets of sustainability within their stadium ecosystem is extremely impressive and no doubt helps to set a standard for sports teams across the world. The only drawback is that a project of its caliber makes it difficult for it to be fully sustainable with the sheer raw materials used in construction. Overall, they earned a 2.5/3 for the section.

As aforementioned, Yankee Stadium was designed with an intent to be sustainable. During the construction phase, not only was 75% of waste diverted from landfills but also all construction vehicles and equipment were required to use low-sulfur fuel. This is a cleaner-burning fuel that generates less pollution. The stadium has since also required the use of ultra-low sulfur fuel for the trucks that haul compost, recycling, and trash away and is moving in the direction of using anaerobic digestors which help turn compostable materials into energy.

One of the main architectural companies that the Yankees worked with throughout the construction process was GKD-USA, which is the leading full-service provider of woven metal fabrics. Their material was used to cover almost 33,000 square feet of the stadium with the main product being ASI Type 316 steel that is 100 percent recyclable. GKD-USA also says that virtually all their stainless steel products are recycled and more than 60% of current weaving wire is made from recycled content.

Besides this, it is difficult to find further information on the Yankees supply chain of products coming into the stadium such as food vendors. However, it can be reasonably concluded that their commitment to a circular economy means that the supply chain is incorporated into the overall considerations. A little more transparency on this matter would have earned it a full score.

As a franchise, the New York Yankees are doing just about everything they can to be committed to sustainability. Foremostly, I think it’s worth noting that the organization does not do a lot of promoting its sustainability efforts. Instead, it is more so something that the Yankees work on behind the scenes to commit itself to. This is a welcome change contrasting many large brands that tend to spend more time, effort, and money towards appearing green than actually working to be green. Yankees Operations VP Doug Behar said of Yankees ownership (The Steinbrenner Family) in an interview that they just “want to do the right thing, be a positive example for our community, our borough, city and Major League Baseball”. Although not boasting about their initiatives, the Yankees have still rightfully been recognized for their efforts.

In 2015, the Yankees were recipients of the Environmental Leadership Award presented by the Green Sports Alliance, which oversees over 300 sports teams and venues from around the world.

In 2016, the Yankees were recognized by the New York State Dept. of Environmental Conservation as a leader in environmental sustainability, social responsibility, and economic viability within the state.

In 2019, the Yankees became the first major North American sports team to sign on to the United Nations Sports for Climate Action Framework. This framework has a target of reducing GHGs in line with the Paris Climate Change Agreement and UN Sustainable Development Goals. In the same year, the Yankees also hired an environmental science advisor, Dr. Allen Hershkowitz, who is a recognized industry leader in sports sustainability. This was the first position of its kind in professional sports.

As a whole, it can be concluded that the New York Yankees organization is committed to its sustainability efforts in a manner that is dissimilar to most greenwashing companies. It has taken action from the beginning of construction in 2006 to consider environmentally-friendly designs and construction materials/vehicles and has only continued to improve since.